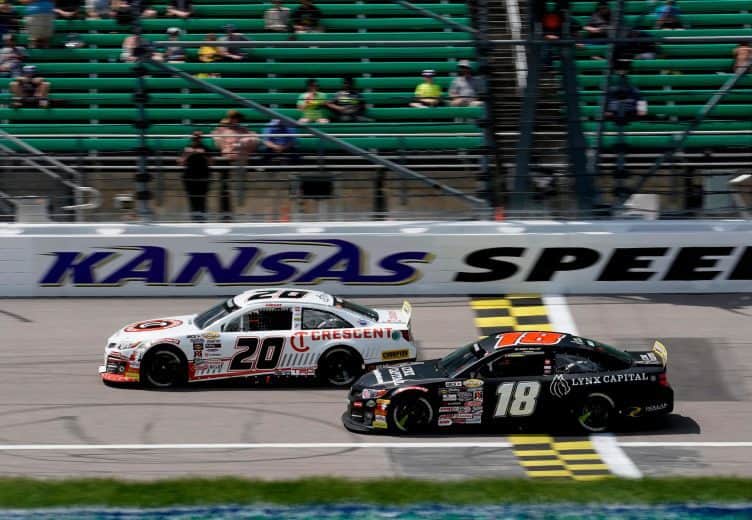 Inclement weather struck the ARCA Menards Series for the second straight week. After its event at the DuQuoin State Fairgrounds was postponed by a day, then shortened due to weather, rain at Kansas Speedway forced series officials to postpone the Kansas Lottery 150 to Sunday (September 11).

The 100-lap race will begin at 10 a.m. ET with TV coverage provided by MAVTV Motorsports Network and available on FloRacing.

Corey Heim won the pole for the Kansas Lottery 150, and he’ll lead the 21 drivers to the green flag.

After qualifying earlier on Saturday (Sept. 10), series officials decided to move up the start time to approximately 30 minutes after the conclusion of the NASCAR Xfinity Series race at Kansas.

Mother Nature had other plans though. Rain fell on the 1.5-mile racetrack during the Xfinity race, and NASCAR decided to end that race early.

Initially, ARCA planned on running its Kansas event, the second one there in 2022, on its scheduled race date, but by 6:30 p.m. ET, the rain hadn’t stopped and the radar hadn’t cleared up. As a result, the ARCA event will take place before the NASCAR Cup Series race also at Kansas.