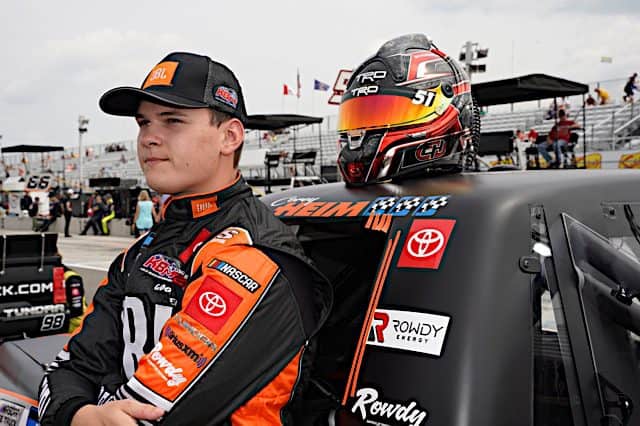 Making his final scheduled start of the 2022 season, Heim earned the seventh pole of his ARCA career. Heim is seeking both his second ARCA victory of the season as well as his second career one at Kansas.

Heim also topped the charts in the lone practice earlier on Saturday morning.

Daniel Dye was both second-quickest in the practice session and qualifying. Currently second in the championship standings, Dye will start alongside Heim on the front row in second place.

Sammy Smith and Rajah Caruth round out the starting top five in fourth and fifth place, respectively.

21 drivers are entered in the Kansas Lottery 150, so all made the starting lineup.

The second ARCA event at Kansas will begin at 7 p.m. ET with TV coverage provided by MAVTV Motorsports Network and available on FloRacing.