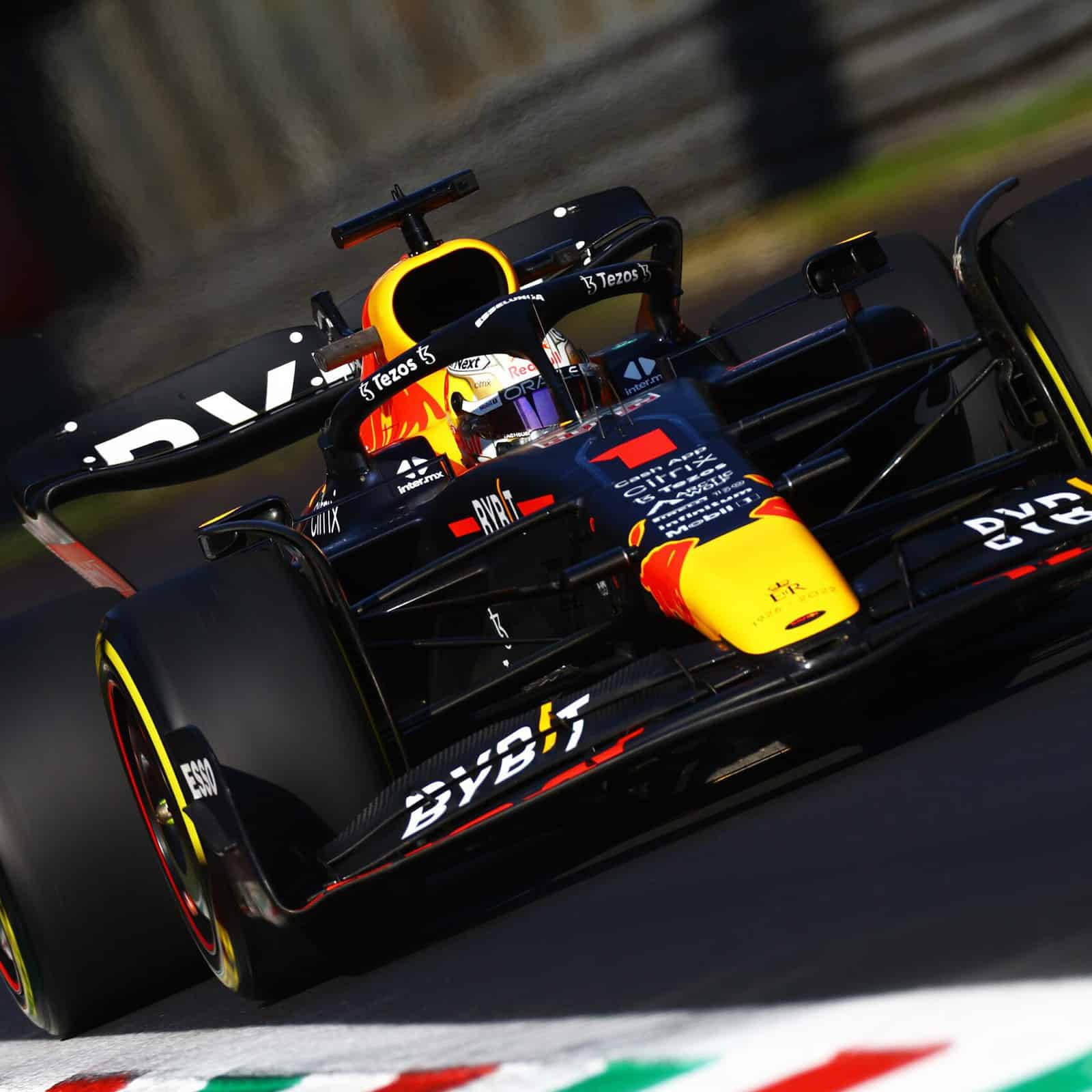 MONZA, ITALY - SEPTEMBER 09: Max Verstappen of the Netherlands driving the (1) Oracle Red Bull Racing RB18 on track during practice ahead of the F1 Grand Prix of Italy at Autodromo Nazionale Monza on September 09, 2022 in Monza, Italy. (Photo by Mark Thompson/Getty Images) // Getty Images / Red Bull Content Pool // SI202209090743 // Usage for editorial use only //

In the states, IndyCar will be concluding their season with a tight championship competition as Will Power leads the field with little guarantee that he will walk away with the big trophy to conclude the season.  In the world of Formula 1, the story is a bit different.  The sport enters its third consecutive race weekend after returning from the summer break and Max Verstappen has done nothing to dissuade anyone from believing that he will be a double world champion at the end of the F1 calendar.  In fact, his two race wins in two weekends leave him with the chance to claim the title with four races left.  A title fight this year is not.

That does not mean that this weekend is a wash as far as entertainment.  The opposite is precisely the reason to tune into what may be a wild and eventful race because the drama all starts at the rear.  And to ensure that we are addressing the big element in play, this GP is in Italy, a homecoming for Ferrari, a team whose unrivaled incompetence is only matched by its Tifosiʻs allegiance.  Ferrari fans are nothing but if not loyal, but they appear to be the equivalent of fans of the NFLʻs Buffalo Bills–rabid fans who are well aware that their team is frequently capable of delivering greatness while cognizant of its ability to lose its collective mind in pressure situations.  It is the story of love and madness.

This time around, the Tifosi may have something to cheer about.  To start, Ferrari are nipping at Red Bullʻs heels in terms of pace.  With a need to impress in front of the home crowd, Ferrari has thus far delivered through the first two practices.  A caveat is in place, however, as both Max Verstappen and Carlos Sainz will be dropping to the rear of the field with wait, letʻs give a full rundown:

Carlos Sainz: From the back (you name it, Ferrari changed it)

Lewis Hamilton: From the back (everything but the electronics)

Yuki Tsunoda: May actually be starting from a lap down due to infractions and parts changes

Valtteri Bottas: Drop of 15 places after replacing engine and gearbox parts following his DNF at the Dutch GP.

The sum total of these penalties is that all Charles Leclerc needs to do is qualify decently without crashing, and he should be set to start at the front and be the favorite to earn the win.  The agenda appears simple but with Ferrari at the controls, the outcome is anything but expected.  There is just as good a chance that Leclerc will win as Ferrari might accidentally ship him to the moon.

Red Bull team principal Christian Horner made sure to demonstrate the teamʻs insouciant response to the Verstappen penalty by stating, “

“Yes, I mean, we’ve elected to take this penalty here on the advice of our engine partner, and five places here isn’t too draconian, so to have that extra engine added into our pool for the remaining seven races, we just thought strategically it’s the right thing to be doing.”

Such a comment illustrates the confidence of a team knowing that the championship is in hand at that Ferrari are not as threatening as they might appear.

– With the grid in chaos because of penalties, a number of drivers are feeling that they may have a chance to score points.  The duo at Williams both offered optimism toward finishing in the top ten but the reality is that Alex Albon is the only realistic option of the two with a hope of doing so.

From a different perspective, the drivers at Alpine feel that a weekend such as this one offers a chance to finish well but also potentially score a podium should things go their way.  With the way that Fernando Alonso has been driving of late, there is a very real prospect that he may enjoy a top-three result.  With a best finish of fifth on the season (twice), hitting the podium would not only work as a way to indicate that he still has upper-level talent but deliver a little bit of flex on Alpine for not feeling he was worthy of a long-term contract.  His move to Aston Martin may sting all the more.

– With ten wins already on the year, Verstappen is in clear contention to better the record for wins in an F1 season, currently held by Michael Schumacher and Sebastian Vettel at 13.  With how dominant Verstappen and his Red Bull have been, seemingly a conjoined experiment in cyborg relations, the reality is that Verstappen is in good form to pass the mark.  At the same time, consider how ridiculous a measure that would be.

Winning another three races out of the seven left is not inconceivable–especially as Ferrari and Mercedes have conspired to offer race wins on a platter in 2022.  Doing so, however, would fall in line with Verstappenʻs 66.7% win rate on the year.  That win percentage is fifth-best all time, should he maintain it.  Verstappen, more and more, looks like a challenger to reach the pinnacleʻs of the sportʻs accomplishments.