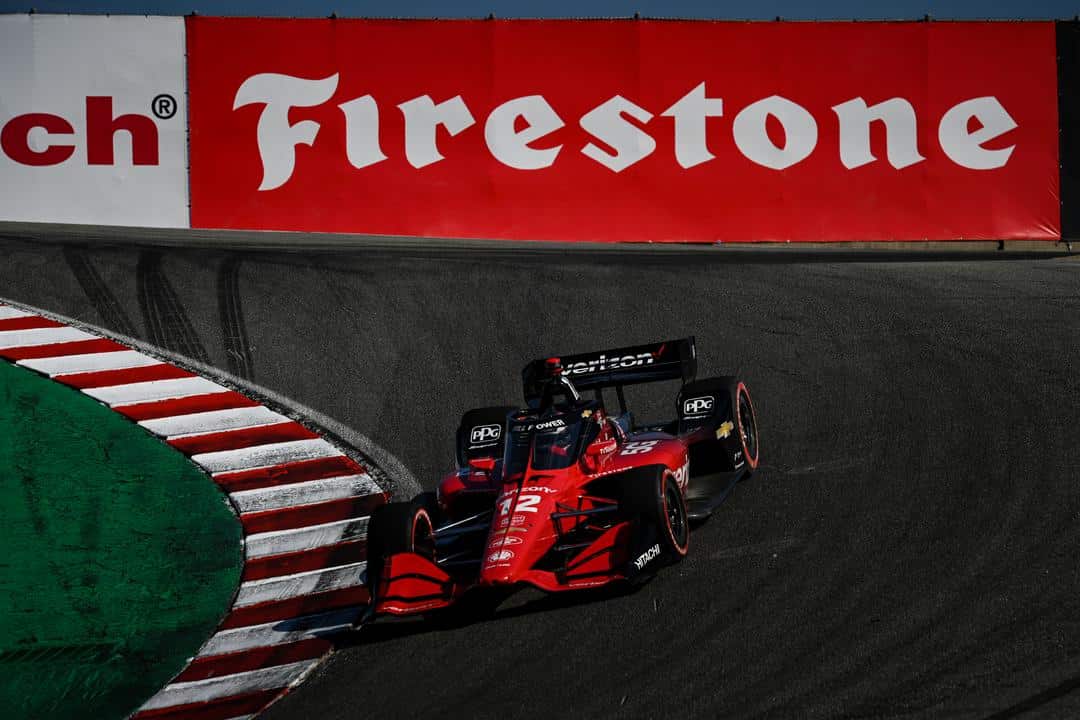 With the pressure turned up all the way throughout the day, Power was able to capitalize on a difficult session for all four of his title rivals to take the top spot at the last minute, beating out rookie Callum Ilott by only 0.0193 seconds. With the extra point awarded for taking the pole, Power now sits 21 points ahead of Josef Newgarden and Scott Dixon in the championship standings.

“With such a big day tomorrow, I can’t celebrate much because I’ve got to be so focused on tomorrow,” Power told Marty Snider.

“To be up there with an iconic guy like Mario is amazing. When I think about the era he raced in, how dangerous it was, how much more of a risk it was… so, it just blows my mind that I’m there with Mario.”

Mario Andretti made quick work to join the discussion and share the moment with the newly crowned qualifying king.

“I know how much I loved qualifying and I can see that he’s the same,” Mario Andretti said of the Australian after congratulating Power.

Power’s No. 12 Verizon team opted to go all out in the Firestone Fast Six, leaving their driver time for only two flying laps in his pursuit of pole position. Andretti teammates Alexander Rossi and Romain Grosjean, as well as reigning champion Alex Palou joined Ilott in challenging for the top spot, though Power was not to be denied at the end of the day.

Championship outsiders McLaughlin and Marcus Ericsson were both eliminated from the Firestone Fast 12 by virtue of driver error.

McLaughlin set the timing charts ablaze early in the session – on the slower Firestone Primary tires nonetheless – but as the speeds rose throughout the session, advancement became far from certain for McLaughlin. The Kiwi’s final shot at the Firestone Fast Six was undermined when he dipped a tire off track on the exit of turn 4, sacrificing a flying lap in the process.

McLaughlin will start in eighth place on Sunday.

Ericsson likewise overstepped the limit on track to find himself on the outside looking in at the Fast Six.

Entering the Corkscrew complex, the Swede went just beyond the breaking point of ambitious braking, losing the rear end on entry and sliding to a stop mid corner. Being as the incident caused a local yellow flag, Ericsson lost his fastest lap time of the session.

The defending Indianapolis 500 winner will take the green flag from 10th position.

Featuring four of the five championship contenders, group one’s session was a mix of relief and disappointment for the title challengers.

With five minutes remaining in the first round of qualifying, Newgarden made an overaggressive entrance into Laguna Seca’s famous corkscrew corner, catching his left tires on the apex curb in the process and beaching his No. 2 Hitachi Chevrolet in the gravel on the corner’s exit.

Despite Newgarden vehemently protesting that the AMR Safety Team should tow him back to the racing surface, IndyCar officials had determined that the incident warranted a red flag, meaning Newgarden’s two fastest lap times would be deleted and, most importantly, the 2017 and 2019 champion would not be allowed to advance to round two.

“I just made a mistake, it’s a real shame,” Newgarden told NBC after exiting his car.

“It’s not over, but you know, it’s not ideal what just happened here. So you know, it is what it is.”

Newgarden will start 25th in the race.

Race control decided to extend the session long enough to allow every driver one timed lap due to the amount of time spent under red flag conditions.

In the resulting sprint, Dixon struggled to properly heat his tires in the run up to his flying lap. The resulting understeer left the six-time champion with a best time of 1:12:1722, meaning he will start 13th on Sunday after being eliminated from round one.

Group two managed to complete their session without any major on track incidents, and Power put together a respectable session to comfortably place himself in position to advance to the Firestone Fast 12.

Colton Herta provided the only hair raising moment of the session by running off track in the Andretti Hairpin, kicking up an impressive amount of sand and dust in the process. Herta was able to recover his car and rejoin the racing surface without issue. Though an underwhelming session relegated the defending Laguna Seca winner to elimination from round one and an 18th place grid position for Sunday.