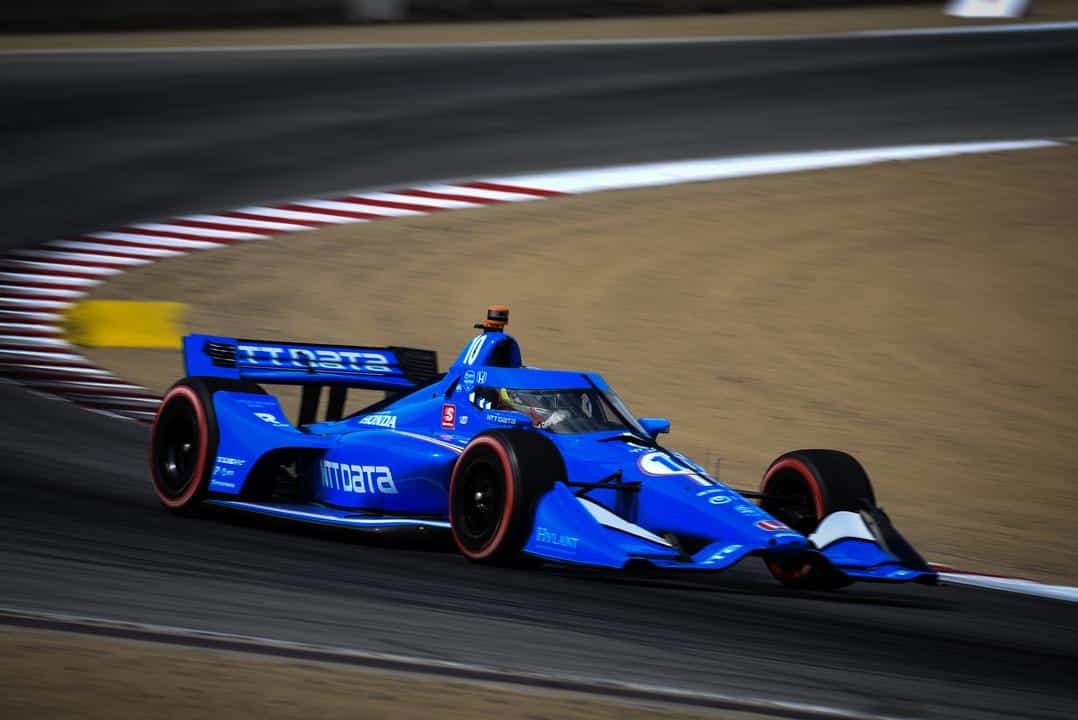 As Alex Palou made a statement at WeatherTech Raceway Laguna Seca on Sunday (Sept. 11), entering what looks to be an interesting offseason for the Spaniard, Will Power cruised to a third-place finish and the 2022 NTT IndyCar Series championship.

Power, the 2014 IndyCar champion, became the 27th driver in history to win multiple national open-wheel championships on a weekend where he took the lead in career IndyCar poles from Mario Andretti with his 68th.

“Let me tell ya,” Power told NBC Sports post-race. “In the offseason, my wife said to me, ‘I believe you’re going to beat Mario’s record and you’re going to win the championship’. That’s what she said to me, and it actually gave me confidence that I could do it.  She said those words, and I can’t believe they came true […] I just knew I had to get the most out of those stints, I had to drive the thing today, it was on the edge. It was very loose… what a relief, huh? To get that done?”

Josef Newgarden, after a valiant rally from 23rd to second in the race, came up 16 points short in his effort to win his fourth IndyCar championship. Scott Dixon finished third in points, 39 back, while Scott McLaughlin finished fourth after winning a tie breaker with race winner Palou.

Palou ended up level with McLaughlin on points after coming into the race with no mathematical chance of winning the championship. The New Zealander beat out the Spaniard for fourth in the standings by virtue of having won three races on the year to Palou’s lone victory. Marcus Ericsson finished sixth in points, 54 back, after entering the final race still in the championship hunt.

There was only one incident in this 95-lap race. On lap 38, Callum Ilott stalled out right outside of the pit exit with a blown motor. IndyCar gave the field an extra lap to pit before throwing the caution, as the British driver was stalled in a low-risk area of the racetrack.

Palou had taken the lead in that pit cycle and stayed there through the rest of the race, beating Newgarden by 30 seconds at the line. Palou is currently engaged in a legal battle with team owner Chip Ganassi to get out of his contract to race for McLaren next season, as the 2021 IndyCar champion eyes a seat in an F1 car that the orange papaya team can provide him. It remains unclear what the future holds for him.

“We had some power there and some good fuel mileage, thank you HPD,” Palou told NBC Sports, thanking the Honda engine department for his mid-weekend engine change that seemed to make a difference today. “I don’t know what happened today but everything clicked.”

The Australian Power left Monterey, Calif. with his second IndyCar title on the strength of one victory at The Raceway at Belle Isle, nine podium finishes and five pole awards.

It’s hard to imagine Palou’s car being that dominant while Dixon’s seemed to be just short of absolute garbage. But mad props to Josef Newgarden for making the race interesting! Still not sure why they didn’t go sticker red on the last stint – assume they thought they would fall off and he’d be toast with 5-10 laps to go. But great run none the less!

Also, Big Congrats to Will Power on a Championship well deserved! I don’t know too many people who could mentally reset after the last few seasons of horrendous luck he has had and come back in such a fashion.