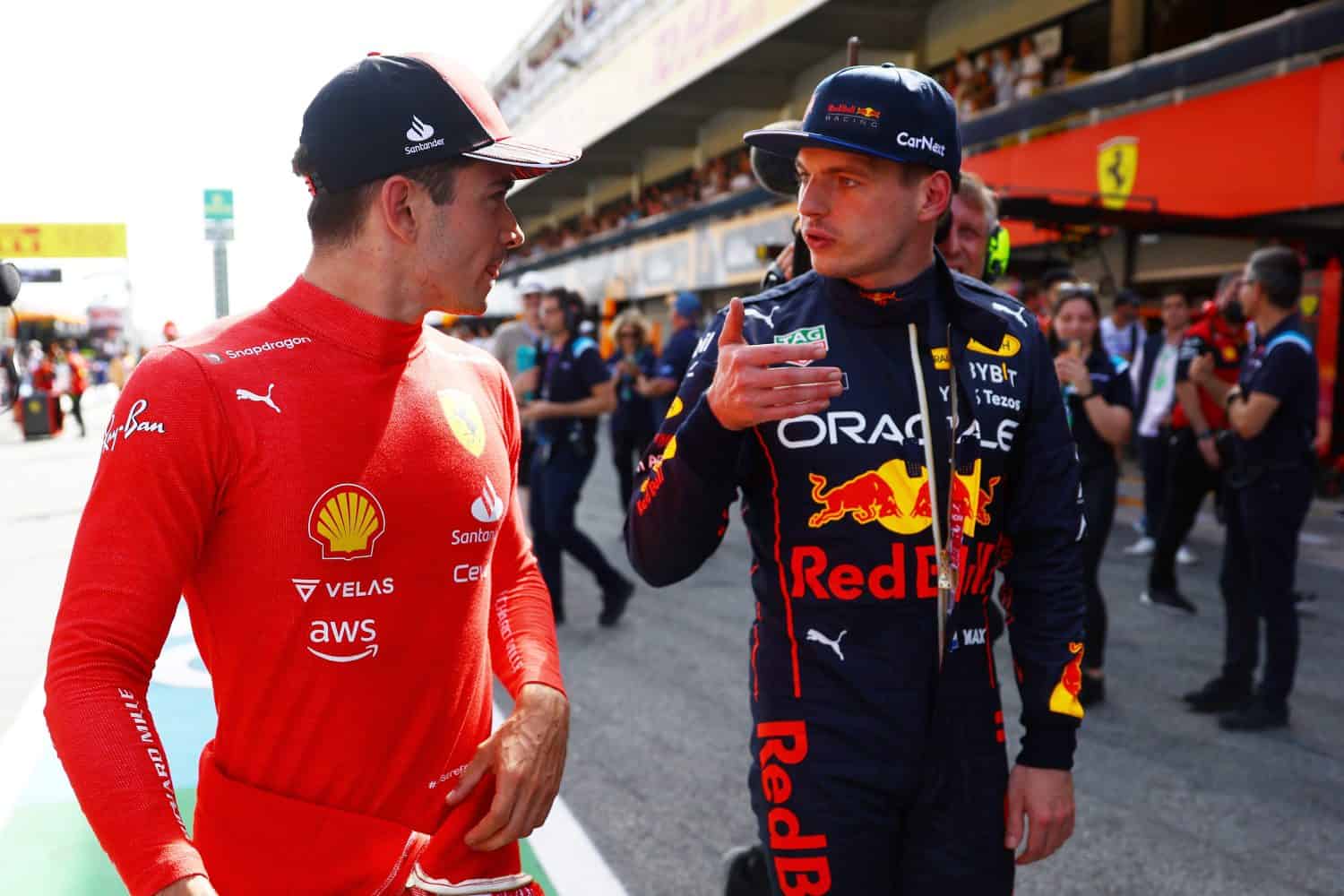 To start the 2022 Formula 1 Italian Grand Prix, Ferrari nearly bookended the field. While Charles Leclerc earned an emotional pole position, Carlos Sainz started in 18th place, one of many to take a grid penalty at the Autodromo Nazionale Monza.

By the checkered flag, they ended up much closer together in second and fourth, respectively. The history books will still show Leclerc leading double-digit laps from the pole. But, as has been the case so often this year, the Scuderia will be wondering exactly where it all went wrong.

The race began with Max Verstappen getting a lightning start to put the Dutchman onto the podium by the end of the first lap. From that point on, despite Leclerc’s track position, it never truly looked like the Ferrari cars had the speed to beat him.

With Verstappen closing in for the lead, Ferrari took advantage of a lap 12 virtual safety car to pit Leclerc for Pirelli mediums, dropping the Monegasque to third.

With 20 laps remaining, the writing was on the wall, and the Ferrari pit wall called leader Leclerc in, outfitting the No. 16 with red-walled Pirelli soft tires. Reentering the track nearly 20 seconds behind Verstappen, Leclerc needed to be faster by a second per lap if he wanted to win in front of the Tifosi.

On old mediums against Leclerc’s fresh soft tires, Verstappen was four-tenths faster. That was it. To add insult to injury, an engine failure on Daniel Ricciardo’s McLaren forced the race to end under the safety car.

A spot of brightness was Sainz, who scythed his way through the field in the opening stint. It took only six laps for the Spaniard to enter the points positions, and a further six circuits later, he cracked the top five.

The next time around, he rocketed past Ricciardo into the Ascari chicane to claim fourth.

Sainz is having a mighty race 💪

The Spaniard picks off Ricciardo and is up to P4 – he started P18! 😮#ItalianGP #F1 pic.twitter.com/MWHPkLBqrJ

That’s where Sainz stalled out. Despite running third during the pit stop exchange, briefly ahead of Mercedes’ George Russell, Ferrari left Sainz out long, hoping to switch to softs late on an unusual interpretation of the typical one-stop strategy.

Working his way up from eighth, the fresh softs gave Sainz the speed he needed to dispense Red Bull’s Sergio Perez on a charge back toward the podium. But the combination of time lost earlier fighting through the entire field and the late safety car bringing the action to a shuddering halt meant Sainz ended up a disappointing fourth, one spot short of securing a Ferrari double podium.

In a season characterized by mechanical failures, pit stop disasters and strategy fumbles, it may hurt all the more that Ferrari lost its home Grand Prix via a good old-fashioned pace deficit to eventual winner Verstappen. Add in just a dash of FIA safety car timing controversy and it left the Tifosi wondering, as they so often are, just what could have been.