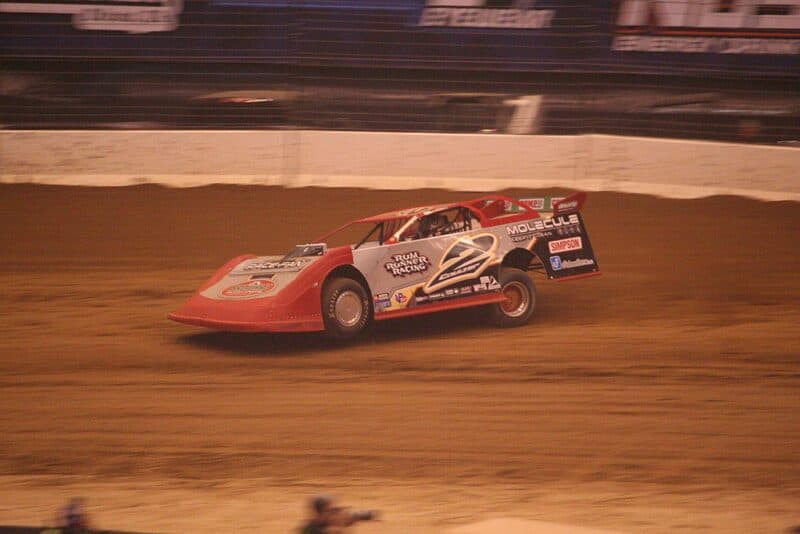 1. Tires the concern after World 100 dominance?

Another crown jewel, another absolutely dominant performance by Jonathan Davenport, who weathered a challenge from Brandon Overton to score his fifth career win in Eldora’s World 100 and his second major victory at the track this season after taking the Eldora Million in June.

The good folks at DirtonDirt picked up on a thread that warrants more discussion in their Monday roundtable feature, with senior writer Kevin Kovac noting that he had heard many driver complaints about the weekend’s tires being unable to grip a slick Eldora surface that in turn made changing racing lines difficult Saturday night (Sept. 10).

Statistically, passing was not an issue at Eldora despite Davenport’s prowess up front (Dale McDowell scored a 17-spot improvement over the course of 100 laps). But this storyline is worth noting when one follows up on last week’s story that Hoosier Tire is slimming down its compound offerings for the 2023 season, tying at least the two top dirt late model series to a select compound beginning next season.

As discussed last week, there is merit to Hoosier’s tire planning for next year. But if tires truly were a concern in the first major late model race run since the 2023 rule was announced, it illuminates the major risk super late model racing may find itself dealing with come Speedweeks in February: What if Hoosier’s latest, greatest (and fewer) offerings aren’t up to snuff?

Staying at Eldora, Ricky Weiss had an eventful Friday night in preliminary action, scoring an unlikely prelim feature win only to minutes later become the highest-profile victim of late model racing’s “droop rule” in recent memory. Weiss was disqualified and his win stripped after track officials found his decklid to be an inch outside of tolerance. The decision to DQ Weiss led to the Canadian driver and his self-owned team to skip B-mains Saturday and end their World 100 weekend.

After last night’s disqualification, our team has mutually decided to park our #7 Sniper Chassis for the remainder of the weekend.

Thank you to all of our sponsors and fans. pic.twitter.com/n1VGqLGKkr

While it has to be frustrating to lose any win, much less one at Eldora, to the droop rule, said rule has been the established law of dirt late model racing all year long. What’s more, a number of race teams, including eventual World 100 winner Davenport, actually made a point to drive their cars to the part of the infield where post-race tech occurs to do their own droop rule checks during hot laps over the course of the weekend.

The reason I bring this up? If I’m sponsoring the No. 7 car and I see my team park without trying to race their way into a crown jewel race, especially considering that the start money for the World 100 feature was $5,200, I’d have a sour taste in my mouth. This isn’t NASCAR, where throwing out a time trial means pack it up unless you’re chartered.

Comes off a little pouty.

3. Gateway Dirt Nationals entry list a story in itself

The entry list for the annual indoor super late model race in St. Louis was released this week and it is HUGE, with 144 drivers entered.

A complete list of our RECORDING BREAKING 144 SLM Registered Drivers❗️

But, and perhaps most notably, it is missing the top four late model drivers in the country. Davenport, Chris Madden, Mike Marlar and Brandon Overton are all nowhere to be found.

Now, there are reasons for that. For one, those four drivers will have won enough by this point in the 2022 season that there’s no reason to haul to St. Louis soon after Thanksgiving to race on a mini-track that will tear cars to pieces. Plus, all four of these drivers have shown the best of their strength on longer ovals, making their living on the half-miles this year.

Which brings me to my hope, that these four Southern-based drivers are going to show up for the XR Sunshine State 50 at All-Tech Raceway that same weekend instead. I was a vocal critic of the Gateway Dirt Nationals a year ago, in no small part because building a temporary dirt oval in a dome is hardly an appropriate venue for super late model racing.

That XR was ballsy enough to schedule a super late model race at an All-Tech venue with a proven track record of excellent late model racing is to be commended. Hopefully the big guns show up to arm them as a result.

Ever since dropping off the World of Outlaws late model tour last summer, Cade Dillard has been living the dirt racing buffet life, driving (and winning) in pretty much every type of racecar the sport has to offer. That continued over the weekend, with Dillard scoring a Short Track Super Series Cajun Region victory behind the wheel of a center-drive modified, his latest in a campaign that has him leading that tour’s points.

I honestly wasn’t aware until seeing his victory lane picture this weekend that Dillard was running the Cajun Region tour full-time, but I for one am thrilled to see a driver of his class running the tour. Why?

Last fall’s Cajun Swing for the Short Track Super Series, which sees the big names of Northeast modified racing come down to Louisiana and Texas to run a joint mini-series with their Southern brethren, wasn’t even a contest. The Northeast teams were in a league of their own, while the Cajun Region teams were lucky to have their cars finish features, much less contend in them.

It’s great to see the center-drive modifieds expanding out of the Northeast, as for as ugly as they are, they consistently are the raciest class of dirt car anywhere in the country. But if they’re going to succeed as a class elsewhere in the U.S., they have to be able to put on races that are higher caliber than a weekly bomber show.

Featuring a driver the caliber of Dillard is a step in the right direction.

The flood of dirt tracks joining the endangered species list has continued out west as well, with the Perris Auto Speedway in California adopting a #saveperris hashtag as the surrounding community is apparently considering other options for the future of the fairgrounds currently housing the racetrack.

Anyone that’s read this column in recent weeks knows that I lament the potential closing of any dirt track, but I’ve got to admit that the defense of Perris that has been mounted so far is bordering on the ridiculous.

Because a dirt track citing dust clouds and traffic jams as a reason for a construction project not to be pursued is laughable.

6. The state of open-wheel maybe isn’t so surprising

It’s been a running joke for pretty much all of 2022 that midget racing, even at the national touring series level, has devolved into full contact auto wrestling. After seeing this post from a weekend micro sprint race at I-44 Riverside Speedway (micro sprints are the primary feeder series into midget racing), that’s all starting to make more sense.

No, there’s no contact in this incident. But for a driver to act incredulous about why they’d be DQ’d for literally cutting a racetrack in half and expecting to hold position is exactly the type of mindset that leads to midget racing becoming, well, full contact auto wrestling.