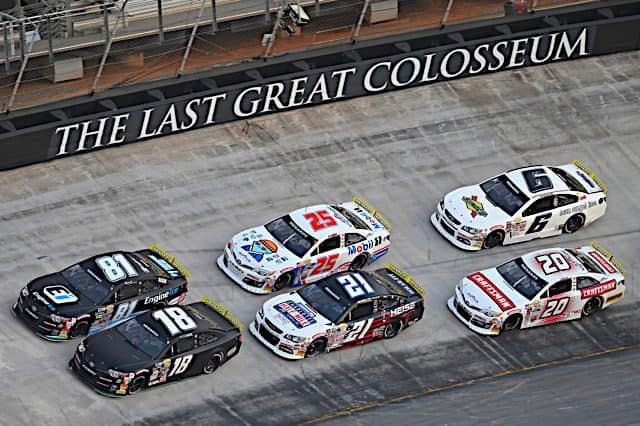 With 31 cars entered, all will race.

Taylor Gray returns to the main ARCA series in David Gilliland Racing’s No. 17. He’s joined by Andres Perez de Lara, who will make his ARCA debut in DGR’s No. 51.

Connor Mosack is back in Bret Holmes Racing’s No. 23. Mosack will run double duty this week, also driving BHR’s No. 32 in the NASCAR Camping World Truck Series event.

Ashton Higgins, who made his East debut earlier this year, returns to the series and runs his first ARCA event in his family-owned No. 49.

Conner Jones is back in the Venturini Motorsports stable, driving the No. 55.

Michael Lira and Andy Jankowiak make their series returns in the Nos. 60 and 73, respectively.

Brandon Jones will compete as a teammate to Sammy Smith in the No. 81.

Justin Carroll, who will also attempt the Truck race, makes his first ARCA start of 2022 in his family’s No. 91.

Tanner Arms brings MAN Motorsports back to the track in the No. 95, and AJ Moyer is back in Wayne Peterson Racing’s No. 06.

Leland Honeyman Jr. is Young’s Motorsports’ driver for the race as he contests the ARCA East season in the No. 02.