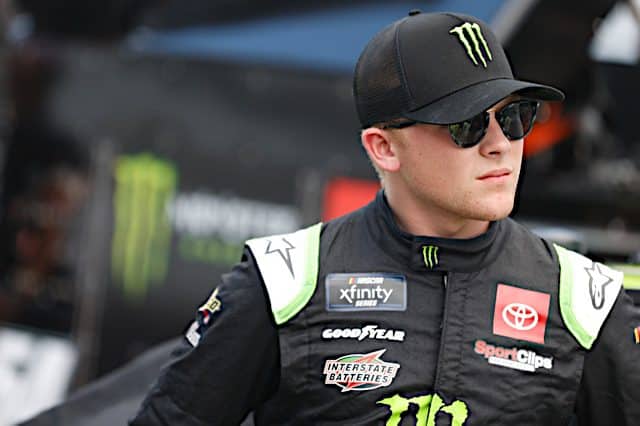 Ty Gibbs was the last car to take to the track in NASCAR Xfinity Series qualifying at Bristol Motor Speedway on Friday (Sept. 16) afternoon, and he left the field in the dust with a speed of 122.584 mph for his fourth pole of the season.

Gibbs spoiled the show for Josh Berry, who will have to settle for a front row start after being one car away from his second career pole.

Berry’s JR Motorsports teammate Justin Allgaier will take the green flag in third, while points leader AJ Allmendinger and Sam Mayer will round out the top five.

Sammy Smith impressed with a sixth-place effort in qualifying, while Jeb Burton scored his first top-10 start since June in seventh. Daniel Hemric and Noah Gragson qualified eighth and ninth, respectively, while Ryan Sieg — who is 19 points below Landon Cassill for the final playoff spot — put up a fast lap to complete the top 10.