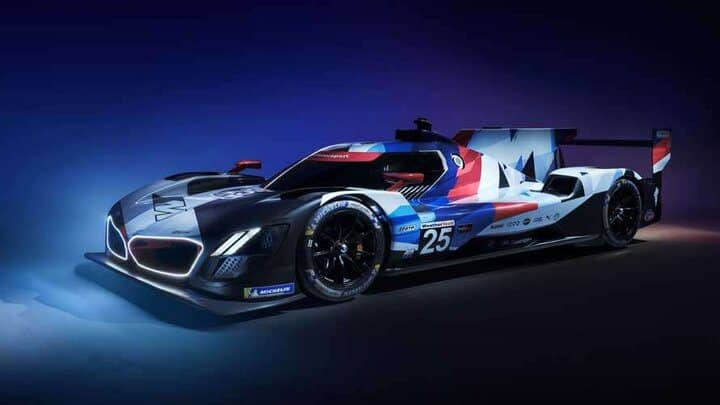 The drivers for the team will all be returning drivers that have previously competed for the team.  Of the team’s full-time drivers from this year, only Connor de Phillippi is confirmed in a full-time seat.  He will share his car with Nick Yelloly, who has three career IMSA starts.  Yelloly has primarily raced as a factory driver in Europe for BMW in recent years.

“Since the GTP project was announced, it has been a dream of mine to be part of the [program],” de Phillippi said in a press release.  “I know we are all eager to deliver championship results for BMW M Motorsport at the top level of IMSA competition.”

“After my first outings at Daytona and Sebring, it is fantastic to now contest the full season in North America – and in this awesome car,” Yelloly stated.  “For me, it is a return to my roots with high-downforce race cars.  I am really looking forward to it.”

The second car will be shared full-time by Philipp Eng and Augusto Farfus.  Both drivers have driven part-time schedules for BMW M Team RLL in recent years.  It should be noted that the team will continue to use Nos. 24 and 25 in 2023.  However, the official press release did not note which drivers will be in each car.

The drivers have all gotten the chance to drive the BMW M Hybrid V8 in a series of private tests in Europe and here in the United States.  Eng noted that the car reminds him of a Group 1 car.  This is the previous formula used in DTM before the series adopted GT3 regulations for 2021 and the current ruleset for the Autobacs SuperGT Championship’s GT500 class in Japan.  Eng raced full-time in both seasons under Group 1 regulations in DTM, finishing sixth in points in 2019.

In addition, BMW Motorsport also announced that Colton Herta will return to the team for January’s Rolex 24 at Daytona.  Herta has eight career IMSA starts.  He has two class victories in the Rolex 24.  The first was in 2019 in the GT Le Mans class for then-BMW Team RLL in a BMW M8 GTE.  The other one was earlier this year in the LMP2 class for DragonSpeed.  It was not noted in the press release which car he will drive.

There are still three more driver slots for the team that will need to be filled.  Those are the endurance seats in both cars and a second Daytona-only driver.  These drivers will be announced at a later date.