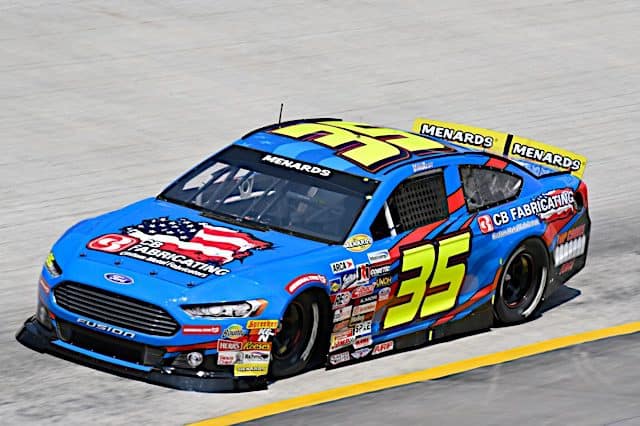 Van Alst will reprise his role as an owner/driver piloting his No. 35.

CB Fabricating will return as the primary sponsor for the team.

“We have enough funding to scrape by,” Van Alst tells Frontstretch. “We’ll start the year off and if we don’t tear up stuff, we can keep going. We’ve got some stuff to get refurbished to get back in good shape for next year.

“I’m thinking we’ll be able to start next year off in better shape because we didn’t have our race shop ready until March or April. We weren’t as prepared over the winter as we wanted to be to run the full season. … We’ll be able to make a stronger run at the beginning of the year”

Jim Long will serve as the crew chief for Van Alst Motorsports. Long has been with the team since 2021.

The team has not added any more cars to its fleet. Although the team owns five racecars, it has run 2022 with four. Van Alst expects the team to have five race-ready cars in 2023.

“The fifth car that we haven’t used all year, that’s where it’s going to come into play next year and will make our racing life better,” he says. “It’s just one more car in the rotation. That’s where I’m trying to get us – two to three weeks vs. on the way home from the racetrack, we’re figuring out what we’re taking to the next race.”

The 2022 season has been Van Alst’s first full-time ARCA campaign. The 41-year-old is currently fourth in the championship standings with one top-five finish – fifth at Charlotte Motor Speedway – and nine top 10s.

Van Alst’s main goal is to finally capture his first ARCA victory. If he accomplishes his 2023 goal of better consistency, he’s confident a win will follow.

“We’re making gains on our short track program and that’s where we’ve suffered the most,” he says. “Next year we need to be more consistent. The goal for next year is to become a consistent top-five team. If you’re running in the top five every weekend, then eventually it’ll be your night and you’ll win a race. Ultimately the end goal is to win a race. But I’d like to see us be more consistent. We’re making gains within our own shop that’ll make it easier to achieve that goal.

“We bought a pull-down machine. Now we can be more consistent with our setups. If we make a change at the track, when we get back to the shop, we can put the car on the pull-down rig to see why that change did or didn’t work. We didn’t acquire a top pull-down machine like the top teams are using, so we got one that a lot of short track racers are using. It’s not the best, but it’s definitely going to make our program better.”

In addition to owning his ARCA team, Van Alst owns his own business, Top Choice Fencing. It’s been a challenge for him and his team.

“The time that it takes to prepare for each race, with myself and all my guys having full-time jobs, it’s tough,” he says. Managing the time between racing, family, and work – there are only so many hours in a day and when there’s something needing to be done, I don’t like to push those things off until tomorrow.”

Overall, Van Alst has two top fives and 12 top-10 finishes in his ARCA career, with a career-best finish of second at Winchester Speedway in 2021.

Having run full-time in 2022, Van Alst should receive more start money from the ARCA ABC program

“We’re doing things the right way like we’re using the full tire allotment,” he says. “We’re in the middle, though [funding-wise]. There are things where funding would improve our program and it just takes funding to do it. More start money means we’ll have more money to finance our program. When your budget isn’t unlimited, any more funding into it is going to make you better.”