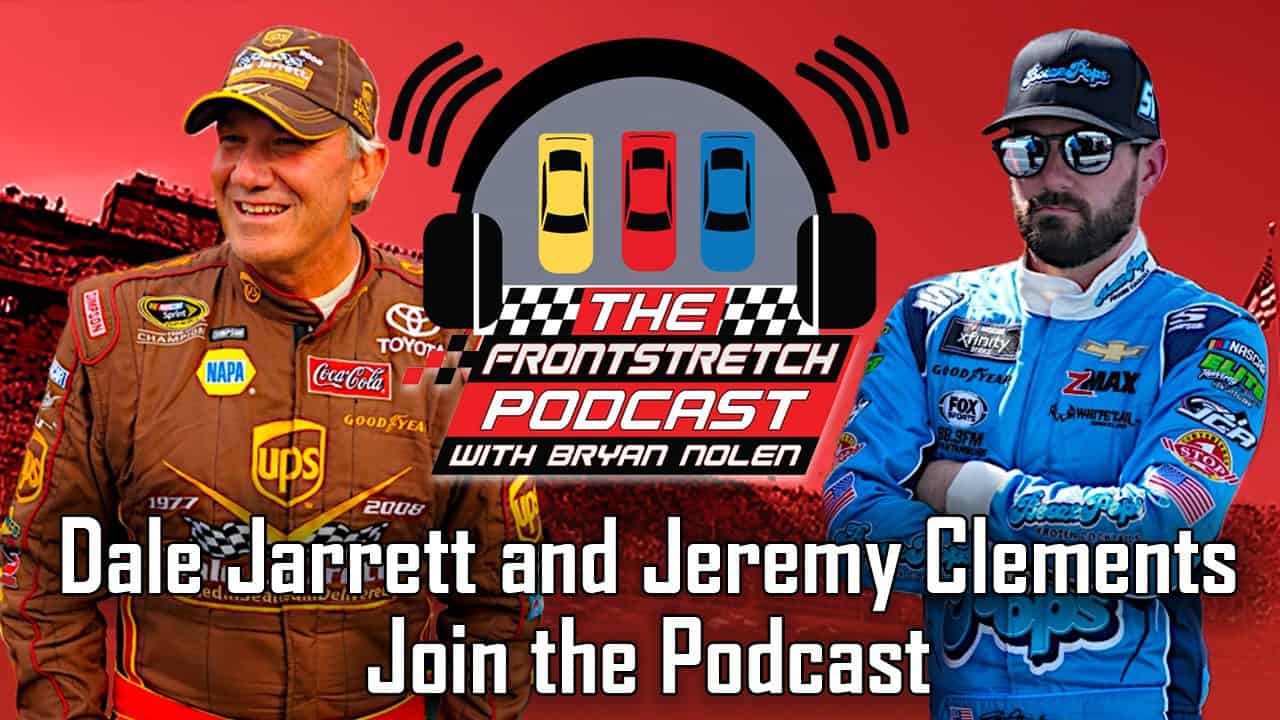 In this week’s Frontstretch podcast, Bryan Nolen talks with 1999 NASCAR Cup Series champion and NBC Sports Analyst Dale Jarrett. Nolen discusses with Jarrett about the plethora of winners this year, what this new car has done to the racing this season and what Kyle Busch brings to the table with RCR.

Jarrett also gives Nolen on what we should expect for the rest of the season.

Nolen is also joined by Jeremy Clements, who spoke with Nolen before the NASCAR Xfinity Series race on Friday (Sept. 16) at Bristol Motor Speedway. Clements explained how winning his appeal made it feel like he won the race again, what tracks suit him in the playoffs as well as what would be a successful season for Clements and his No. 51 group.

Last but not least, Nolen is joined by Michael Massie as they dive into the racing at Bristol, what problems plagued multiple contenders in the playoffs and Chris Buescher’s surprising win at Thunder Valley on Saturday night.

Download or listen to the Frontstretch podcast on Apple podcasts, Spotify and other major platforms