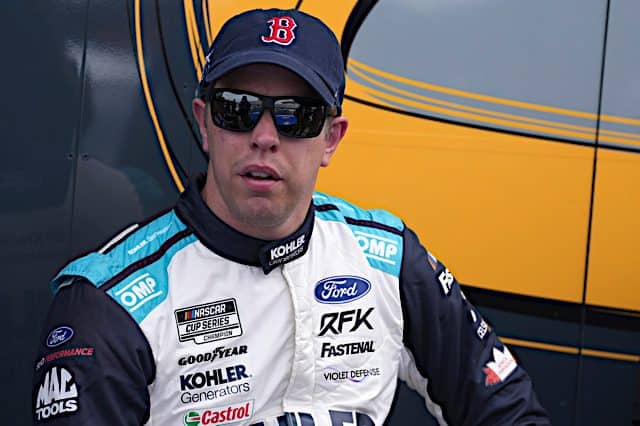 The pole is the 18th of Keselowski’s career and first as an owner/driver with RFK Racing.

Team Penske’s Joey Logano was the highest qualifying playoff driver, and will line up alongside Keselowski on the front row. William Byron follows in third, while Tyler Reddick and Michael McDowell complete the top five.

Chevrolet took four of the next five spots with regular season champion Chase Elliott in sixth, Austin Dillon in seventh, defending champion Kyle Larson in ninth and Daniel Suarez rounding out the top 10. Denny Hamlin, who qualified eighth, was the lone Toyota in the top 10.

Cody Ware did not attempt a qualifying lap after spinning in practice. Erik Jones also spun in practice but was able to turn a lap in qualifying.

With 36 cars entered, each driver will start on Sunday.

I was glad to see Brad get a carrot. He has had a humbling year.

Me too. Bubba is listed as 18-1 same as Joey. I think Vegas has realized Bubba’s car is better than all the Toyota’s including Hamlin. We know bubba is not better than Kyle Busch and all those other drivers. I think nascar wants a Hamlin championship. New owner, Michael Jordan etc. Who gets caught speeding, timely yellow. I hope his engine blows on lap one.

RFK has found something… they use the same engines as the other Ford teams. Last week it was a short track, this week an intermediate, so your guess is as good as mine as to why the turnaround. But it sure is welcomed by us BadBrad fans.