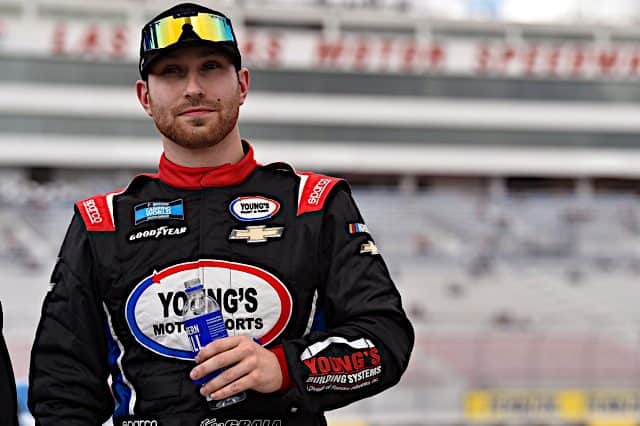 Kaz Grala will run the NASCAR Xfinity Series race at the Charlotte Motor Speedway ROVAL for Jesse Iwuji Motorsports in its No. 34, Grala announced Sept. 28.

The eRacing Association and Ruedebusch will sponsor the effort.

Should he qualify, the start will mark Grala’s ninth Xfinity race of 2022. His five previous starts came with Big Machine Racing Team, along with three at the beginning of the season with Alpha Prime Racing.

See also
Did You Notice?: Kligerman or Bust? 7 Drivers Who Should Be Running NASCAR Full Time in 2023

He’s coming off his best finish of the year, a fifth-place run at Watkins Glen International.

The No. 34 has mostly been driven by team co-owner Jesse Iwuji and Kyle Weatherman in 2022. Its best finish came at New Hampshire Motor Speedway, when Weatherman finished eighth.

Best of luck to Kaz in his racing career. He’s a local kid from the Boston Mass area. Go Kaz!