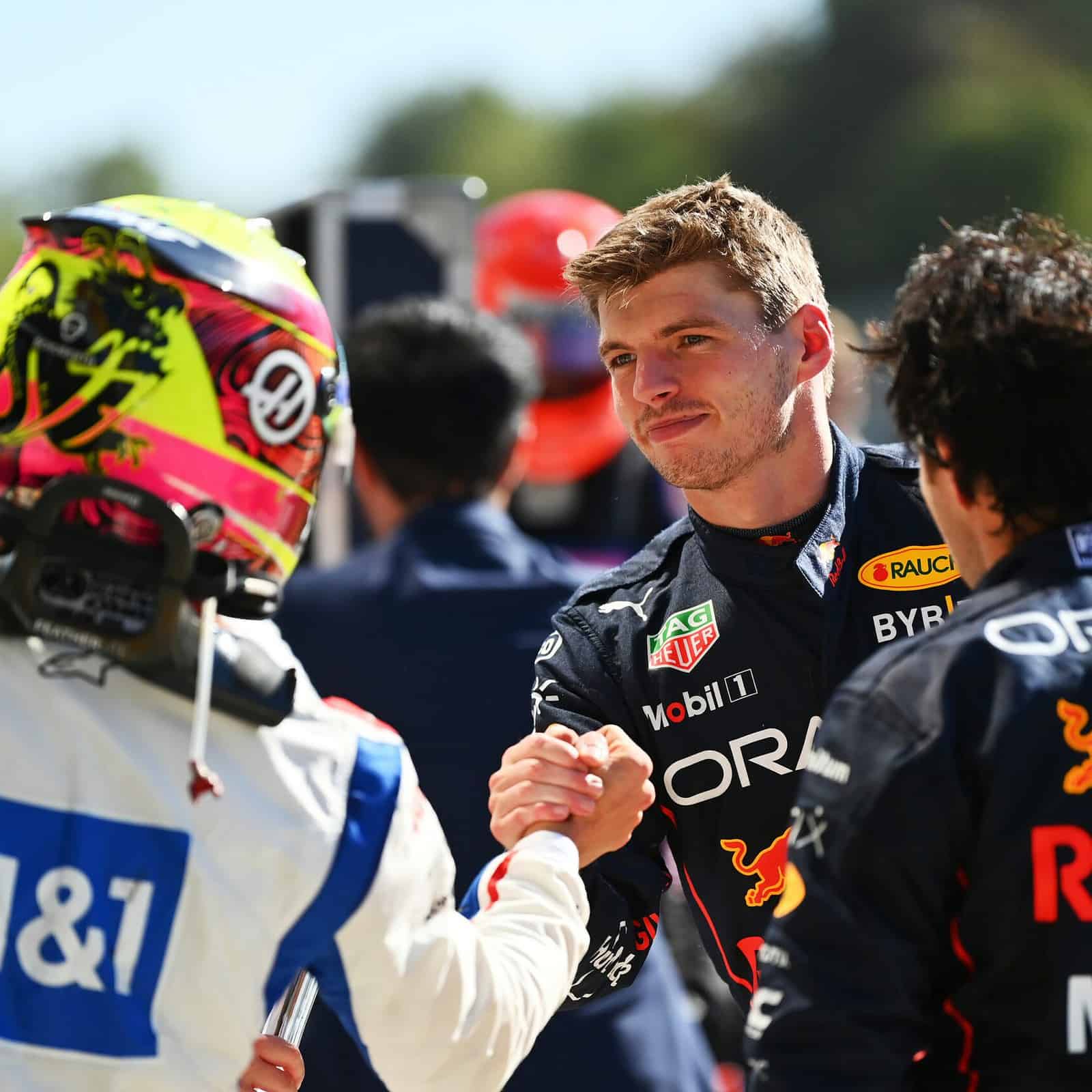 Formula 1 returns to the track this weekend after a scheduling quirk owing to the cancellation of the Russian Grand Prix.

After taking the customary summer break during the month of August, the series returned to action for three straight weekends – and then went into a slumber after the Italian GP on Sept. 11. The three-week break gave everyone a moment to rest and regroup, and probably ready themselves for Max Verstappen to continue trouncing the field.

Verstappen will be looking to earn his second driver’s title in Singapore – something that may be a bit of a stretch, yet also not unrealistic. Consider this tweet from F1:

All eyes on @Max33Verstappen 👀

Here's how the Dutchman can take the title in Singapore this weekend 👇#SingaporeGP #F1 pic.twitter.com/OUkgjIFw9B

Should Verstappen win, Charles Leclerc finish eighth, and Sergio Perez finish fourth, then Verstappen walks the Singapore stage as a two-time champion. A quick breakdown of that possibility:

Leclerc is the bigger anomaly in the title story. Even with Ferrari doing its best to make Leclerc underperform, he has still earned three wins and three runner-up finishes. When he has not had to retire his Prancing Horse, which has happened three times, his other finishes are all sixth or better. The summary here is that as long as Leclerc is not parking his Ferrari early that Verstappen will be waiting to hoist the big trophy in Japan. Advantage, time.

Should Verstappen clinch in this scenario, he will also have 12 wins on the season with five races to go to tie and best the all-time wins in a season mark of 13. As much as his championship is fait accompli, so too does this record seem to be his. Verstappen’s 2022 looks to become one for the ages.

Alex Albon is returning this weekend in what seems to be a minor miracle. The Williams driver found himself sidelined at the last race, the Italian GP, after being stricken with appendicitis. Now, many people return to their jobs a few weeks after facing this issue and continue as though everything were fine. However, Albon suffered complications from the health issue, including respiratory failure.

The three-week layoff comes as a boon for the Thai-British driver, allowing extra time for recuperation, and now able to strap in once again. Nick de Vries performed admirably in Albon’s stead, scoring points with a surprising ninth-place finish. Though Albon will be taking back the wheel, de Vries will still be on hand should the former not be up to the task. Of course, keeping de Vries around may also be part of the plan in trying to get him into what will be Nicholas Latifi‘s vacated seat next year.

Mercedes enjoyed a bit of fun this week by celebrating a decade with Lewis Hamilton. At the time, Hamilton’s move had been considered more than risky, a possible career-killer, and one that appeared to be made in haste.

Well, that story is one to be revisited another day. With six championships and 82 race wins, one could argue that it is the best driver-organization pairing ever. Michael Schumacher earned 62 of 91 wins with Ferrari, which is likely the second-best match in the sport and helps to highlight just how good Hamilton and Mercedes have been.

Those gaudy statistics are what make their performance this year all the more bewildering as Hamilton has reached the podium only six times (four thirds, two seconds) and has yet to earn a win. With Verstappen in full-on steamroller mode, there is a good chance that Hamilton goes winless this year, something he has never done. In fact, the last time Hamilton went winless came in 2001 when driving in the Formula Renault series. Verstappen may be the heir apparent, but it’s one hell of a kingdom that Hamilton built, even after taking over from Schumacher.

The 2023 F1 race calendar became public this past week, and one of the big notes that appeared was that the number of sprint races will grow from three to six. While the race weekends for the sprint races have yet to be announced, the decision to implement more of than came after teams supported the proposal, but the FIA felt disinclined to shift from the current number. The added benefit of increasing attention to the spring races likely assisted in having this measure move forward.

Another element of the schedule that drew attention focused on the Las Vegas race, which will occupy the penultimate spot. While its inclusion brings the schedule to a robust and record 24 GPs, the timing of the race also makes for an interesting aspect. In an attempt to avoid the heat of the day while making the race available for viewers (specifically European), the start time will be 10 pm local on Saturday night. One can only imagine the atmosphere that will surround such an event, with fans able to wind themselves up throughout the day.