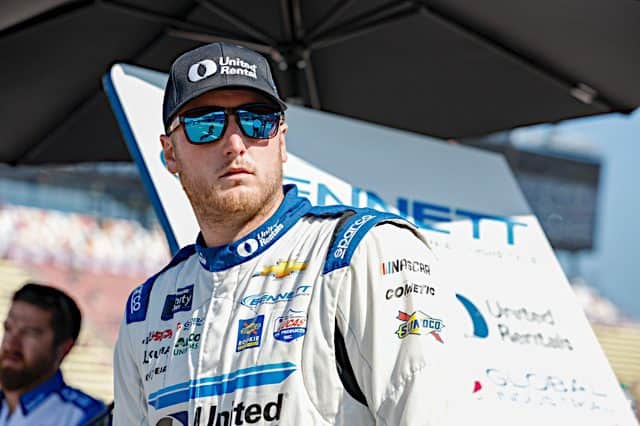 Austin Hill has been dominant on superspeedways in the NASCAR Xfinity Series this season, and he continued his mastery on Friday (Sept. 30).

Hill scored his first career Xfinity pole at Talladega Superspeedway with a speed of 182.036 mph in the final round of qualifying.

The first two Xfinity wins by Hill came at Daytona International Speedway and Atlanta Motor Speedway earlier this year, and he will look to win his third at Talladega tomorrow afternoon (Oct. 1).

Ty Gibbs gave Hill the biggest challenge in the final round of qualifying, and he will start second after crossing the line 0.016 seconds behind Hill. Hill’s Richard Childress Racing teammate Sheldon Creed qualified third, while Justin Allgaier and Brandon Jones completed the top five.

Noah Gragson is going for five Xfinity wins in a row this weekend, and he will begin tomorrow’s race from sixth. Josh Berry and AJ Allmendinger qualified seventh and eighth, respectively, while Parker Kligerman qualified ninth in his debut for Big Machine Racing. Ryan Vargas rounded out the top 10.

With 38 cars, every driver qualified for the race.

The Sparks 300 will take place on Saturday, Oct. 1 at 4 p.m. ET. TV coverage will be provided by USA Network.