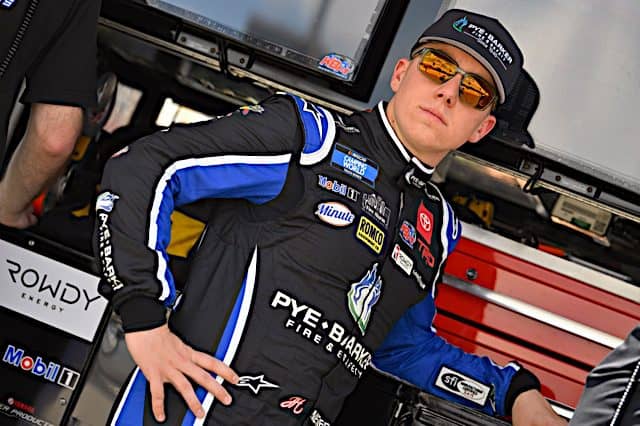 John Hunter Nemechek did it again in NASCAR Camping World Truck Series qualifying on Friday (Sept. 30), as he claimed his seventh pole of 2022 with a speed of 178.767 mph in the final round of qualifying at Talladega Superspeedway.

It was a blistering lap, as Nemechek was more than a mile-per-hour faster than everyone else on the grid. He is two-for-six in winning from the pole this season, and he will look to accomplish it a third time on Saturday (Oct. 1).

Nemechek will be joined on the front row by teammate Chandler Smith, who enters tomorrow’s race as the points leader. Carson Hocevar led the Chevy camp in third, while playoff driver Zane Smith qualified fourth. Matt Crafton rounded out the top five with his third top-five start of the season.

Ty Majeski — the most recent winner at Bristol Motor Speedway — qualified sixth while teammates Colby Howard and Derek Kraus will line up seventh and eighth. Jordan Anderson qualified ninth for the best start of his Truck Series career while Ryan Preece completed the top 10.