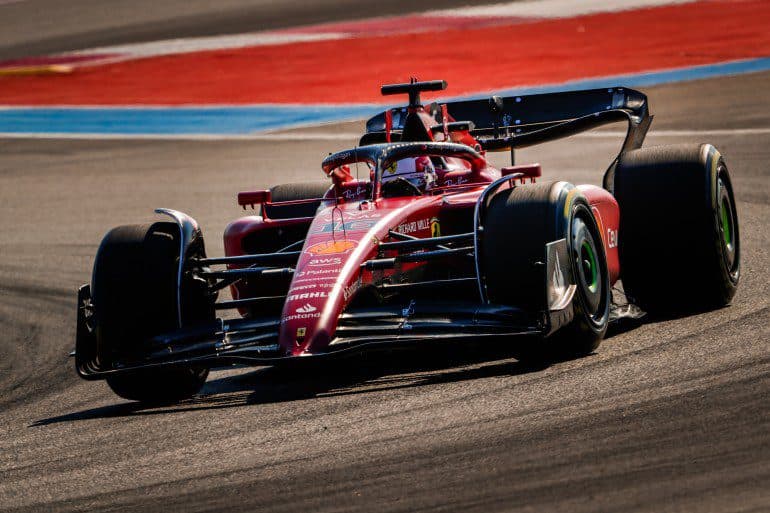 On a weekend where Max Verstappen may clinch his second straight Formula 1 World Drivers’ Championship, a qualifying mishap by the Red Bull Racing team will force the Dutchman to start eighth as his championship rivals Charles Leclerc and Sergio Perez qualified on the front row for Sunday’s (Oct. 2) Singapore Grand Prix.

Verstappen was on pace to at least qualify in the top three when he was called to pit road on his final hot lap with time expired. The qualifying session was unusual in that while most of the Singapore street course was dry, there were still some areas of the track wet enough to cause most teams to decide to run the full session on-track with soft tires instead of multiple runs on separate pairs of soft tires.

It was suggested by the Sky Sports F1 broadcast team and later confirmed by Red Bull that the reason for Verstappen being called to pit road was due to the team running out of a minimum amount of fuel, as the FIA requires a certain amount of fuel taken from the car after qualifying for testing.

It's back-to-back P1 starts in Singapore for @Charles_Leclerc, after the qualifying session of the year!#SingaporeGP #F1 pic.twitter.com/ixWwy6pOo8

“I’m very happy with today’s results,” Charles Leclerc said to F1 Media in the post-qualifying top three interview. “Especially considering the Friday we had, we’ve had a very limited amount of laps yesterday for some issues, but we recovered well. We don’t have much data for the race run, but if we do the perfect execution, I’m sure we can win.”

Lewis Hamilton qualified third and will start from the top three for the first time this season, while Carlos Sainz qualified right behind him in fourth. Fernando Alonso rounded out the top five in fifth.

Lando Norris qualified sixth with new upgrades on his McLaren, and Pierre Gasly ended up in seventh. Kevin Magnussen and Yuki Tsunoda took up the rear in Q3 in ninth and tenth respectively.

The track slowly transitioned from full wet to intermediate conditions in this session. Valtteri Bottas, Daniel Ricciardo, Esteban Ocon, and the Williams duo of Alex Albon and Nicholas Latifi were the five drivers eliminated in this session.

The track became primarily dry but due to the nature of the street circuit, there were still enough spots wet enough to warrant most drivers to stay on intermediates. George Russell qualified 11th surprisingly, while Lance Stroll will start behind him in 12th. Mick Schumacher qualified 13th and Sebastian Vettel 14th, leaving Zhou Guanyu in 15th.

The 2022 Singapore Grand Prix will be broadcast by Sky Sports through ESPN2 on Sunday, October 2nd. Lights-out will come at 8 a.m. EST.