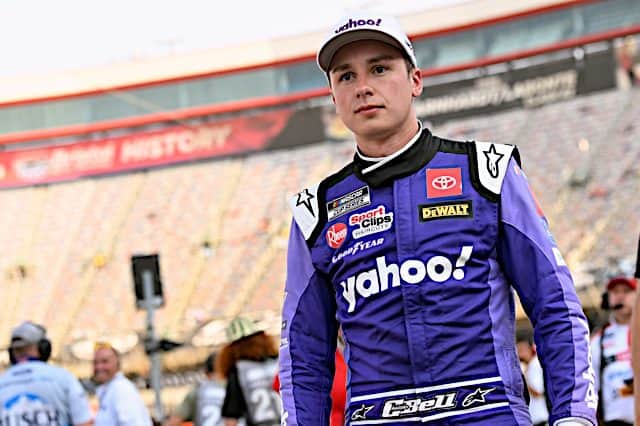 Christopher Bell won the NASCAR Cup Series pole for the YellaWood 500 at Talladega Superspeedway, posting 180.591 mph in the second round of qualifying Saturday (Oct. 1).

It’s his fourth pole of the season; his last one came at Kansas Speedway in May.

Ross Chastain is sixth while Noah Gragson, filling in for the injured Alex Bowman, rolls off seventh. Tyler Reddick starts eighth; he had an issue on pit road in the first round where he couldn’t slow down fast enough and hit an official. The official was treated for some scrapes, per NBC Sports. Reddick’s car had a little bit of damage on the front.

William Byron was ninth-fastest, and Ty Gibbs starts 10th. However, there was some fluid coming out of his car and the 23XI Racing team took the No. 23 behind the wall, so he might drop to the rear on the pace laps.