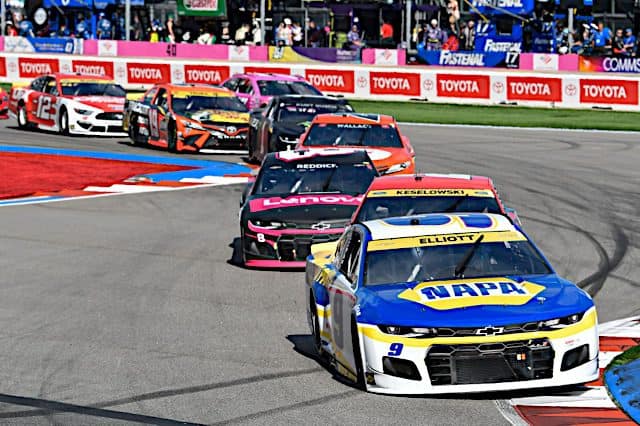 The NASCAR Cup Series playoffs continue in the Round of 12 finale at the Charlotte Motor Speedway ROVAL.

Eight drivers will advance to the Round of 8 following the race.

With 39 cars entered, all will make the race, barring any entry list changes.

Joey Hand returns to the No. 15 Ford for Rick Ware Racing. Hand has competed in all of the road course races this season for RWR.

Team Hezeberg makes its return to the track with Daniil Kvyat making his third start in the No. 26 Toyota and Loris Hezemans making his fifth appearance in the No. 27 Ford.

IndyCar veteran Conor Daly will make his Cup debut with The Money Team Racing in the No. 50 Chevrolet. TMT has competed in three races this season, all with Kaz Grala behind the wheel.

Mike Rockenfeller joins the list of road ringers this weekend, driving the No. 77 Chevrolet for Spire Motorsports in his second career Cup start.

Live Fast Motorsports will have NASCAR Xfinity Series regular Josh Williams in their No. 78 Ford. Williams has made two starts with the team this season.