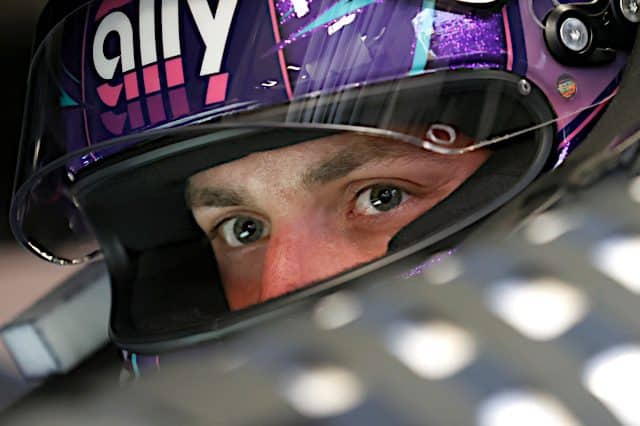 1. Is it worth it for Alex Bowman to race this weekend?

As of this moment, we don’t know if Alex Bowman will race this weekend at the ROVAL. Having been granted a playoff waiver, he can advance to the Round of 8, but needs to win Sunday at Charlotte Motor Speedway. Given that Kurt Busch has still not returned to the track after his concussion at Pocono, there’s no concrete way to know whose concussion symptoms are worse. What we do know is Bowman took a big enough hit at Texas to place him under concussion protocol.

Sure, the Charlotte ROVAL does not have the high speeds of Talladega when you crash, but the wrecks involving Busch and Bowman were not the savage impacts of plate races, either, and it was enough to sideline them.

Rushing back too soon from injury is a risk, and it’s an even greater one with concussions — ask the Miami Dolphins and Tua Tagovailola. Ask a physician who deals with head injuries, and they will likely tell you that there is no such thing as a minor head injury.

Bowman is a longer shot than other playoff drivers like Austin Cindric and Christopher Bell who also need a win or at least a strong run to advance to the Round of 8. That’s too big of a risk for Hendrick Motorsports to take for Bowman’s future.

2. Should fireproof underwear be required?

During Saturday afternoon’s Chevrolet Silverado 250, those watching either live or after the fact saw one of the more harrowing sites in recent memory when it comes to NASCAR as Jordan Anderson‘s truck not only caught fire, but he leapt from the burning vehicle as it neared the inside retaining wall.

Luckily, Anderson’s injuries ended up being relatively minor though very painful, but the fact that a driver had multiple second-degree burn injuries should remind emphasize the fact that wearing an underlayer of fireproof protection underneath a firesuit should be mandatory, and there should be a universal standard across the sport.

Look, I love Noah Gragson‘s unassuming, take yourself not too seriously personality. That’s what makes him great for the sport. It’s a lot like Eddie Calvin “Nuke” Laloosh’s insistence in Bull Durham to wear shower shoes with fungus on them.

But what’s not great for the sport is drivers being bare-chested underneath their firesuits.

For a sport that claims to care about driver safety and claims to put it at the forefront, this is an area where corners should be cut around. End of discussion.

3. Was FS1’s coverage of the tire-chasing crew member over the line?

During Saturday’s Truck Series race, a crew member made a very ill-advised decision to chase an errant tire across pit road and into the grass between the pits and Talladega’s tri-oval. Clearly, it was a regrettable decision, and one that said crew member would like to have back.

It’s not worth listing the crew member’s name here, but I am sure if you want to know who they are bad enough, you can find out. That’s in large part due to the fact that this individual made a mistake that may end their career in racing (or at least in an over-the-wall role) was not just broadcast on TV, but the coverage on FS1 made it worse by stooping to the low level of giving us video of what amount to a perp walk of this crew member being escorted out of the track.

Was it a bad decision? Yes. Should someone be kicked off pit road for the day for doing so? Yes. If I, while covering this past weekend, would have run over the pit wall, I would expect to be kicked off the property. But a mistake should not equate to being publicly shamed on national TV. Mistakes happen, and there’s no reason to make what may be the worst day of someone’s life worse because of it.

4. Is it title or bust for Elliott?

There is no better friend to a playoff driver than momentum. Chase Elliott had a good bit of it, plus a point cushion as a regular-season champion. That momentum got accelerated on Sunday with his Talladega win. His win was not one where he was midpack and then snuck up near the end. Rather, he was near the top five and 10 all day, and you had to figure that unless an accident happened, he’d be a factor. That’s exactly what happened.

No matter how they come, strong finishes are huge for a postseason push. Wins add to that. With the season Elliott is having, there are two ways it’ll turn out: either as champion or an “everything but the Cup” season.

Although Michael McDowell finished third on Sunday, there was far more to the day for Front Row Motorsports. Most of the day, a glance to the front of the pack didn’t just show McDowell, but his FRM teammate Todd Gilliland, too. Both were in position for a run at the checkers at the end, with McDowell finishing third and Gilliland filing in seventh.

There’s a lazy reaction when a team you are not used to seeing runs near the front leads to a surprising reaction, but it’s high time to stop doing that for FRM.

For starters, McDowell is having his best points season. His average finish of 16th is by far the best of his career, as he has never finished a season with an average inside the top 20. Plus, his 12 top-10 finishes this year matches his total for the past five years combined. Not too shabby at all.

That, combined with the fact that he is one of two drivers for this team with a plate-racing win, joining David Ragan, shows that this team is to be reckoned with on the big tracks. When you add in what Gilliland showed us at Talladega, there is proof in the pudding that this is a team that needs to be looked to as a plate-race power.

I agree that fire safety has to be taken seriously. But there was a serious heat problem in the new car. That has been addressed & hopefully alleviated. But they have had a rash of non working cool suits & another layer of Nomex might just add to the problem of drivers overheating, which is also serious.
As I understand it a gas line came loose spraying gas on the hot engine.
As a former aircraft mechanic, I know that problem is easily & cheaply eliminated by requiring all fuel fittings to be safety wired. That won’t stop one being sheared off in a crash, but they can’t just work loose.

You’d think the author would at least know which network he was watching.

The writer does know (FS1 broadcasts the Truck Series). Apparently you do not.

F1 and Indy use the underwear and head sock. Some I’ve seen have the over-the-throat covering as well. But those are open cockpit cars, and the distances are much shorter. Being at Martinsville and racing for 4 hours in 120 degrees could take its toll on NASCAR drivers. Inspect the cars. Catch the errors in construction. Don’t just look for cheating. Why didn’t the fire suppression system go off during Anderson’s accident? What about the fire panels? Seems like there were a number of failures that came into play with that accident.