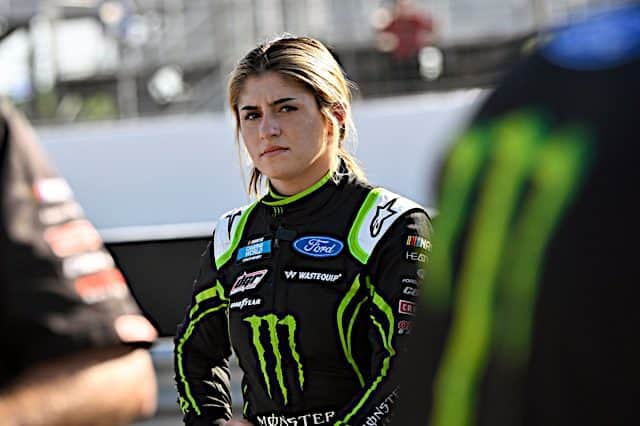 Hailie Deegan will make her first career start in the NASCAR Xfinity Series when the field heads to Las Vegas Motor Speedway, the young driver revealed in a YouTube video on Oct. 4.

The effort will be done in the No. 07 Prestine Auctions Ford for SS-Green Light Racing w/ Jeff Lacourt. Joe Graf Jr. drove the car the majority of the season.

“We’re going to have some fun,” the 21-year-old full-time NASCAR Camping World Truck Series racer said in the video. “I really wanted to make my debut on, for sure, a mile-and-a-half because that’s where I feel comfortable, but I wanted to get my feet wet in the Xfinity Series.”

Deegan currently sits 21st in the Truck Series standings and has earned two top 10s this year and three in her career overall while driving the No. 1 David Gilliland Racing entry.

“I don’t know yet what I’m going to do next year,” Deegan said. “I wish I knew and had it figured out already, but we’re still working through a few things, so no news on that yet.”

The No. 07 entry has featured a collage of drivers in its seat and has earned five top 10s and three top fives including a win at Auto Club Speedway with Cole Custer in February. The team sits 22nd in Xfinity owner points.

I know what Hailie should be doing next season.

Anything is better than Joe Graf Jr driving. Good grief.

This is a great example of failing upwards.

Wonder who wrote the check?