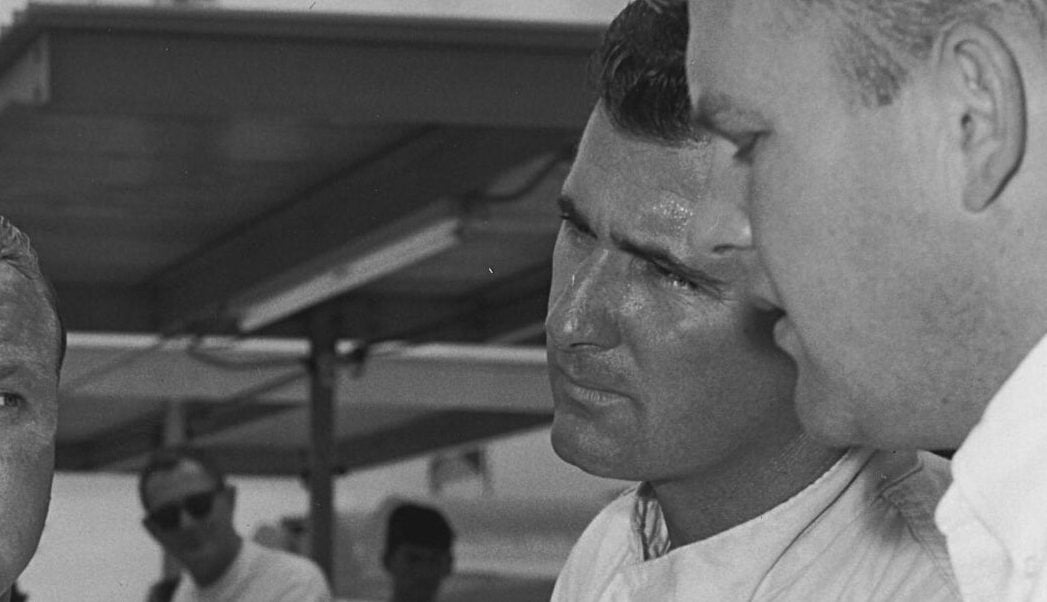 One thing that NASCAR has sold over the years is its sense of history.

One needn’t follow the sport for long before catching mentions of Bill France scribbling the foundations of NASCAR on a napkin at the Starlight Motel, or how every driver had some background in moonshining, or that Tim Flock sat in the passenger seat as his rhesus monkey Jocko Flocko earned the win for them at Hickory Motor Speedway.

But with like all things tapping into history, there tend to be some errors that emerge in the sacrifice of a good story. (Jocko rode along for the final 27 laps when they won on May 16, 1953. Kidding.)

As time has gone by, stories proliferate about the sport regarding the good ol’ days, yet no one ever seems to clarify what made them so good nor when exactly they were. When Mark Martin once said that they would race with carburetors that had fallen off cars laying on the track – caution be damned. This type of bravado highlights the typical hyper-masculinity that often accompanies sports and a need to bolster a notion of badassery.

That kind of rhetoric makes for good stories and wonderful sepia-tinged memories, but also ignores rational notions of decision-making and practices.

That drivers continued racing with carburetors or mufflers or engine headers scattered around the track does not mean the sport showed exemplary racing, but rather that no one had learned better that doing so was a bad idea. The kind of chaos thinking of what might unfold from nailing a chunk of debris at race speed is an insurance company’s nightmare and an injury lawyer’s daydream.

With the current model of car turning into a pariah of safety, it seems confusing to think how safe the previous version had been.  The troubling part is not that the sport should be working steadfastly to make changes, it is that it has always tried to brush aside concerns about safety – as long as the driver is living.

The best and worst example for driver safety may just well be the career and life of LeeRoy Yarbrough.

Born in 1938, Yarbrough first started his NASCAR career in the Grand National series in 1960, albeit, competing in just one race. Over his 13-year stay in NASCAR, Yarbrough never found the funding to race a full season but still accumulated wins, starting with two in 1964. His 1969 season stood as his best, winning seven races in the 30 that he started. Though the full 1969 season was 54 races, he still managed to finish 16th in the overall standings.

Sponsor and factory support became may have troubled his career, but his crash while testing at Texas World Speedway (College Station) in April 1970 is what killed it.

Without the understanding of head trauma that exists today, Yarbrough’s crash gave the auspicious of a concussion at the least and likely more. Not only was he disoriented, but he struggled to recall events surrounding the crash, like Cale Yarborough basically chaperoning him home. Nor could he remember racing at Martinsville Speedway in May.

The following May, Yarbrough crashed hard again while practicing for the 1971 Indianapolis 500. Later that year he visited the hospital on multiple occasions for headaches and problems with his memory. A rumored tick bite was considered to be part of Yarbrough’s compromised health, but many knew that the hard hits were the reason.

Junior Johnson recalled how changed a person Yarbrough became after the crash, saying, “He could remember everything from 1970 back, nothing forward. And, it seemed like it just happened all at once. You’d go to dinner with him, and they’d put a plate of food in front of him, and he’d just sit, and look at it, until you said, ‘Lee Roy, eat.’ Then, he’d pick up his knife and fork.”

His problematic mental condition eventually led to an incident where he attempted to kill his mother. The two were watching TV, in February 1980, when Yarbrough approached her, saying, “I hate to do this to you,” and began strangling her. Would it not be for a nephew ending the situation by clobbering Yarbrough on the head with a jar, the event would have ended worse. Instead, Yarbrough was charged and tried for attempted murder, but found not guilty because he could not comprehend the consequence of his actions.

The reason for discussing LeeRoy Yarbrough is to recognize how the sport has failed its drivers in the past and, under the current circumstances, seems to be repeating history. The sport is one of entertainment, and the capitalistic impulse drives everything, making it seem like drivers are merely an easily replaced component like a tow arm everyone keeps breaking this year. But drivers have agency, unlike tow arms.

The ability to unleash their vitriol compromises the enjoyment of the sport and puts focus on elements that were supposed to have been handled.

Kurt Busch and Alex Bowman should not be playing the role of crash-test dummies, just as much as other drivers should not be feeling uncomfortable getting into this latest iteration of car. What’s worse is that the NFL has given the sport the template for acting like an organization is dealing with an issue. First, make an announcement that you’ll study the issue.  After a flawed report emerges, set up protocols and work on evaluating and protecting the athletes.

The problem is that NASCAR is driving headfirst into a situation that it already understands and is acting like it has never seen the oncoming wall. The hope is that the organization will listen to its most marketable assets and find a way to hit the brakes on what is becoming a disappointing storyline to what has been a captivating year.

Nascars only interest is in TV dollars

Instead they levy a secrecy fine at Hamlin, find an altered part on Harvick car and bring back the days of Bill vs the drivers at Talladega. Intimidation remains their go to.

The problem comes with those making the big money. The more money one makes, the more he should be responsible, even if it is for his own personal self. Give them choice. Follow the money trail.

I struggle with your conclusion. If the stiffness of the car and inadequate testing is the issue, the only option was to delay the introduction of the new car. The CoT did ‘phase in’ the first year and Cup teams had to carry inventory for both cars that first year. Having worked in crash simulation for an OEM for several years, none of us know enough to pass judgement on this given the information released to the public. I don’t know who was contracted to run the crash simulation. I have heard there was only one vehicle test run, which is insufficient to correlate the simulation to reality. There were also sled tests run which mostly tunes in seats, seat belts and driver compartment things.
There is no doubt that Covid effected the timing of the introduction and supply of parts. There is also no doubt that the accelerations felt by the drivers during crashes are more severe than anticipated, which tells me their simulation model is not correlated to reality.
Nascar appears to have had knowledge of the issue and had a plan in place to address the concerns which was not conveyed to drivers and teams. But this topic is not one that lends itself to simple explanation to non-technical oriented people. There are many things that can be done, but all will require retooling of new parts from the same suppliers that have had difficulty meeting current demand.
On the opinion side, the fear of injury made for a Talladega race that was exciting to watch and yet devoid of crashing each other with reckless and stupid driving.

In 1969 Yarbrough won the Daytona 500, Rebel 400, World 600, Firecracker 400, Atlanta 500, Southern 500 and Rockingham 500. He would have been the first winner of the Winston Million by winning all four races not just three. I watched that Daytona 500 on closed circuit TV at the CNE. He passed Charlie Glotzbach with a last lap slingshot that everybody knew was coming. He drove hard to win in every race which is why he drove for Junior Johnson. If Johnson wanted you to drive his car you were REALLY good.