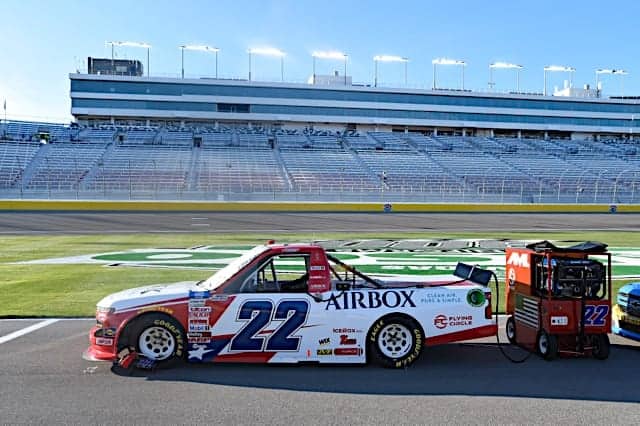 In addition to its NASCAR Camping World Truck Series team, AM Racing plans a move to the NASCAR Xfinity Series full time in 2023, the team tells Motorsport.

“AM Racing is proud and excited about our next chapter,” team president Wade Moore told Motorsport. “Adding the NASCAR Xfinity Series to our program is going to allow us to further grow and become a team where we are focused on showcasing drivers, marketing partners and personnel for years to come. We have been slowly preparing for this transition this year and will continue to add the necessary assets over the coming months to make sure we have a smooth but also competitive transition as we continue to climb the ladder.”

According to Motorsport, primary AM driver Austin Wayne Self will compete for the Xfinity team, but the car is expected to have a rotation of drivers overall.

AM moved to the Truck Series with Self in 2016 and has fielded the No. 22 largely full time since. The team’s best finish in 2022 has come with Max Gutierrez, who finished eighth in the No. 22 at Nashville Superspeedway. It’s also entered a part-time No. 37.

Self has also attempted a pair of Xfinity races in the No. 32 in a partnership with Jordan Anderson Racing. He failed to qualify at Watkins Glen International and makes his second attempt this weekend at the Charlotte Motor Speedway ROVAL.

Its part-time ARCA program in recent years has been fielded as the No. 32 alongside Win-Tron Racing.