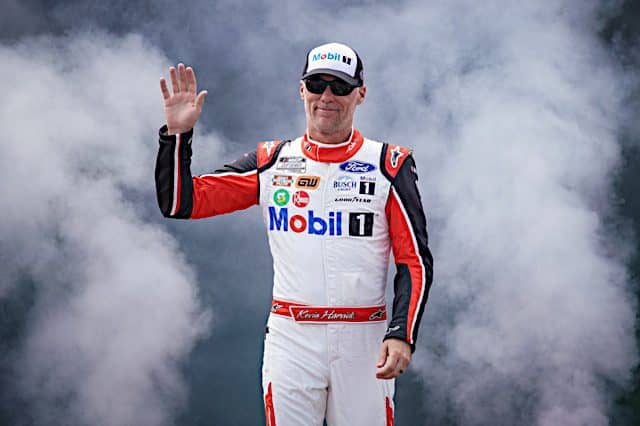 NASCAR levied the penalties to the team after Talladega Superspeedway due to a modification to a single-source part on the No. 4, it said.

Despite the appeal, team engineer Stephen Doran will be the crew chief for Harvick at the Charlotte Motor Speedway ROVAL this weekend.

Should SHR lose its appeal, crew chief Rodney Childers would still be able to return to the team at the season finale at Phoenix Raceway.

Harvick has scored two wins, seven top fives and 14 top 10s in 2022. Following the points penalty, he sits 16th in points, having already been eliminated from title contention after the playoffs’ Round of 16.

Sounds like the same deal Keselowski got dinged for in February. Unless NASCAR is relaxing their “don’t F with the parts” mantra, it’s hard to imagine the appeal changing anything.

DENIED! Unless you publicly state in every interview this week how wrong your comments were prior to Talladega, declare this is the greatest most perfectest car ever, declare NASCAR is the greatest and fairest sports organization in history, and pronounce Brian France is a genius who is ahead of his time!

After he is eliminated the team will forget about the appeal, just like Blaney in another FORD.

He has already been eliminated from th playoffs.

I’m the first guy to point a finger at this sport’s leadership when they do moronic things (and they give me plenty to work with), but even I don’t think Harvick was targeted for being vocal about the obviously questionable safety of the NextGen car.

That said, why is the penalty for illegal modification to a single source part on a car four times as severe as spinning someone during caution? Even though Byron’s penalty was rescinded, that kind of shows some backwards priorities on NASCAR’s part to me.