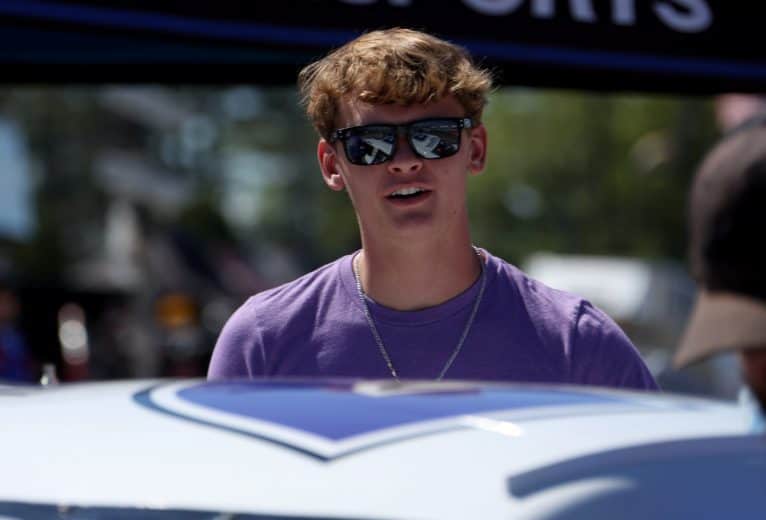 Jesse Love emerged late in qualifying for the ARCA Menards Series race at Toledo Speedway (Oct. 8) to put his No. 20 on the pole for Venturini Motorsports.

The 17-year-old will lead 24 drivers to green in the Shore Lunch 200 later on Saturday, which will serve as the season finale for the series.

See also
Friday Faceoff: Who Will Win the 2022 ARCA Title?

Sanchez experienced a scare early in the day when he suffered engine issues in his No. 2 during practice. The team was able to swap engines in time for Sanchez to qualify. The series points leader will start eighth.

Qualifying immediately began with drama when Jeffery MacZink lost control of his No. 65 in turn 1, spinning into the outside wall. MacZink did not complete his lap. Morgen Baird also did not make a lap during the session.

Qualifying gets off to a rough start as the first driver on track, Jeffrey MacZink, goes around. pic.twitter.com/4Bo6fI9QQz

The season finale will take off at Toledo at 4 p.m. ET, with TV coverage on MAVTV and streaming on FloRacing.

Your article is labeled ARCA Toledo qualifying results. Yet you only mention the 1-5 positions.
Please stay true to your journalistic principles and list ALL of the qualification results or change the title of your article.
Just bad journalism as it stands now.