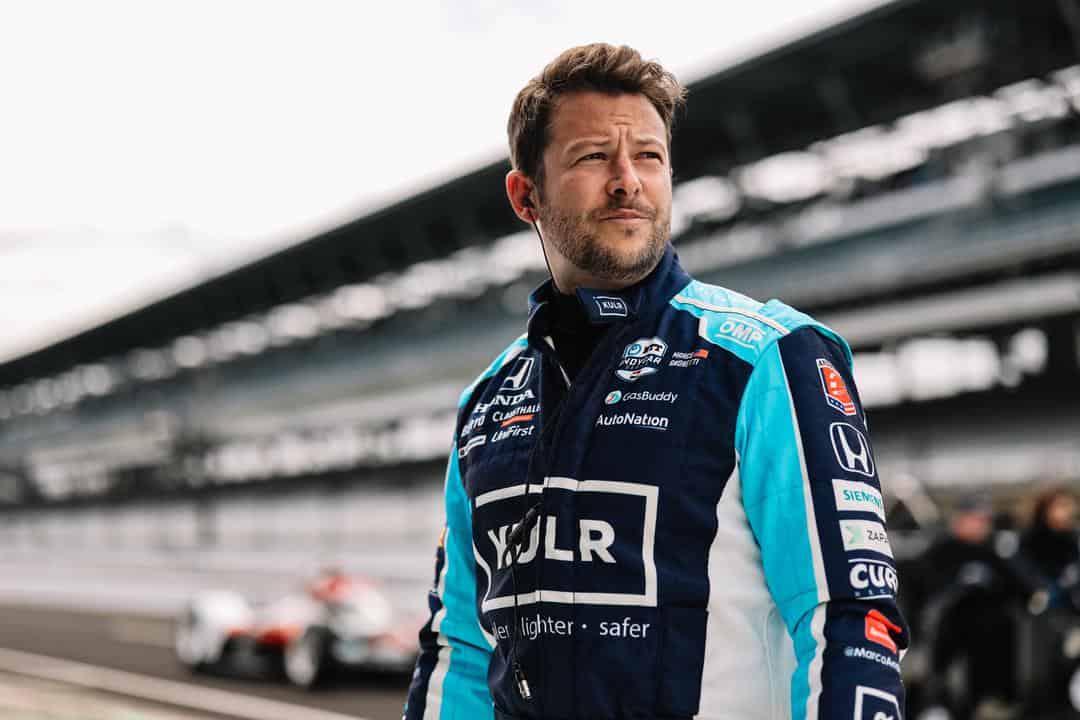 Mario Andretti made his first appearance at the Indianapolis Motor Speedway in 1965, when he qualified fourth for the Indianapolis 500 and finished third on his way to winning Rookie of the Year honors.

Apart from 1996-2000, the early years of the CART/IndyCar split, an Andretti has been in the field ever since. While five members of the Andretti family – Mario, Michael, Jeff, John and Marco have competed in the race, Mario’s victory in 1969 remains the only win in the Andretti legacy at the Brickyard.

Since 2008, Marco, Mario’s grandson, has been the lone entry in the 500, and on Monday he confirmed that he will attempt to make the field for the 107th running of the Indianapolis 500.

Once again competing for Andretti Autosport, Marco Andretti will drive the No. 98 Honda, with primary sponsorship from KULR Technology Group, who was also on the car this past May, where Andretti started 23rd and finished as the last car on the lead lap in 22nd. Andretti Autosport announced the return on Monday, Oct. 17.

The Andretti name returns to the Indy 500 field.@MarcoAndretti returns the No. 98 @KULRTech Honda in the 107th Running of the Indianapolis 500!

Andretti, who at age 35 will be attempting to make the field for the 18th time, has followed in the family tradition of having a contentious relationship with the Speedway. In his first 500 in 2005, the then-19-year-old Andretti’s bid to become the youngest 500 in history was thwarted in the race’s final moments when Sam Hornish Jr. passed him just a few hundred yards from the finish line in one of the greatest finishes in 500 history.

In 17 starts, Andretti has led 144 laps and has finished on the podium four times, the last of which came in 2014. Since then, he’s shown flashes of speed, including winning the pole in 2020, but has only managed two top-10 finishes.

Andretti will be among five Andretti Autosport drivers looking to make the field in 2023, joining Colton Herta, Romain Grosjean, Kyle Kirkwood and Devlin DeFrancesco. Like his teammates, his fortunes will rest on whether Andretti Autosport can rebound from poor showings in the 500 over the last couple of years.

After placing three cars in the top 10 in 2019, Andretti Autosport has managed just two top-10 finishes at Indy, with Alexander Rossi’s fifth-place result in May the high-water mark for the team. Other than Rossi’s effort, no other Andretti car finished in the top 20. Those struggles carried on during the rest of the IndyCar season, with Rossi’s late-season flourish resulting in a team-leading ninth-place finish in points, with Herta finishing one spot behind in 10th.

Andretti will be competing as a one-off entry for the third time after stepping away from driving full-time in the NTT IndyCar series after the 2020 season. In 250 career starts he has two wins, six poles and 22 podium finishes.

Andretti will participate in the Open Test at IMS April 20-21, then will be back on track for the first day of practice on May 16.