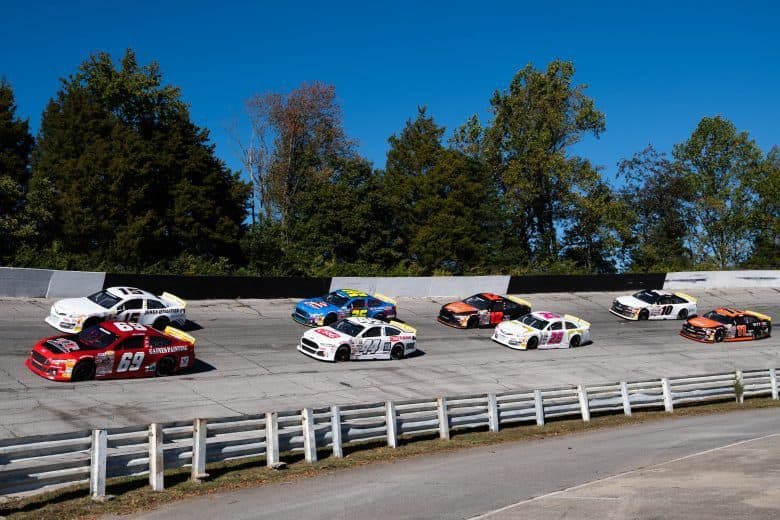 Remarkably, in four months the 2023 ARCA Menards Series season will begin at Daytona International Speedway. The 2.5-mile tri-oval will host the division on Saturday, Feb. 18 as part of a doubleheader with the NASCAR Xfinity Series.

Just over 10 days since Nick Sanchez won the 2022 ARCA title at Toledo Speedway, the 2023 ARCA schedule has not yet been released. This news isn’t surprising, though as ARCA has often finalized its schedule long after its season finale.

Of those racetracks, there are two noteworthy points.

The Milwaukee Mile will host both ARCA and the NASCAR Camping World Truck Series on Sunday, Aug. 27. Hopefully, some Truck Series competitors will compete in the ARCA race to gain some experience there. If Milwaukee also hosts the ARCA Menards Series East in a combination race with the main series, then the quality and quantity of the field will generate an exciting event.

Although Michigan has hosted ARCA 41 times, the 2022 ARCA event followed the Xfinity Series on the Saturday of a full NASCAR race weekend. The 2023 race weekend will have ARCA move back to Friday (Aug. 4). This change could alleviate racing against darkness Saturday night because MIS does not have lights.

Additionally, ARCA will return to Pocono Raceway in 2023. ARCA Communications Manager Charlie Krall also confirmed to reporter Casey Campbell that both dirt track events at the Illinois State Fairgrounds and the DuQuoin State Fairgrounds would host ARCA, too.

That makes 12 ARCA events in 2023 already known. But are any changes on the horizon?

Yes, it’s a definite possibility. Sources familiar with the matter tell Frontstretch Salem Speedway will likely not be back on the ARCA schedule. The 0.555-mile short track has hosted 108 ARCA events, the most in series history.

However, the facility itself pales in comparison to many other racetracks on the modern schedule. There is no Wi-Fi and the cell service around the track is awful. Nearly a quarter of the way into the 21st century, any track on a NASCAR-owned circuit should have both available.

It is worth noting that ARCA TV partner MAVTV requested ARCA move up the Salem race start time due to concerns over lack of lighting at the track. For reference, in the 2020 ARCA Salem event, when Sanchez brought his wrecked No. 2 car to pit road, his crew had to use the flashlights on their cell phones to inspect the damage.

If Salem does not return to the ARCA schedule, nearby Indiana short track Winchester Speedway could replace that race date, sources tell Frontstretch. The 0.5-mile short track last hosted ARCA in 2021 and has hosted 26 ARCA events.

Because the last two ARCA races at Winchester both had less than 20 participants, if the racetrack hosts ARCA in 2023, I’d advocate for it to be a combination event featuring the main series with the ARCA Menards Series East. None of the three ARCA series – main, East or West – schedules have been announced.

Beyond the possibility of Winchester replacing Salem, few, if any, more changes are expected to the main series schedule.

“Going to be very, very similar,” Drager told Campbell. “You might see a date shift or two changing. If at all, the possibility there might be one single venue that might change but I’m going to tell you that 19 of the existing 20 [ARCA races] are going to be the same.”

The decision to bring the ARCA season finale back to Toledo was a home run. There was a well-attended past champions reception at the track featuring great stories of ARCA’s storied past.

How many championships can you fit in one picture? A lot!

Thanks to everyone who came to the Past Champions Celebration tonight at the @ToledoSpeedway Bar & Grill.

Now all that's left is to crown a new champion. We do that tomorrow. pic.twitter.com/uMT21VEWRX

On the track, the car count was the highest at Toledo since the 2015 event (24). The 200-lap race had nine different lead changes, a classic bump-and-run for the win plus both hurt feelings and celebrations post-race.

Krall would not confirm Toledo will return as the 2023 ARCA season finale venue.

Still, the ARCA season finale at Toledo shined in 2022 and would do so again if it returns next season.

Never, ever, move the title race away from @ToledoSpeedway.

What about the 2023 East and West series schedules? They will also look familiar, according to Drager.

“This year, we ran four standalones and three conjunction races,” he told Campbell. “We think it’s going to be that again, maybe a fourth conjunction race. And we think most of the venues, if not all, will be exactly the same. And the West, it will be very similar to what we saw this year as well. 10 or 11 races […].”

Drager owns both Toledo and Flat Rock Speedway. The 0.25-mile short track Flat Rock is being considered by series officials for the 2023 East schedule too, sources confirm to Frontstretch.

During the @ARCA_Racing race weekend at @MISpeedway, sources told #WisdomofMark that #ARCA East might be racing at @TheLevelPebble next year. The quarter-mile short track in Ash Township, MI. hosted the main ARCA series annually from 1985-2000. ARCA President Ron Drager owns it.

At the reception, 1995 ARCA champion and current team owner Andy Hillenburg advocated for ARCA to return to Flat Rock. The track last hosted ARCA in 2000 and the series has gone there 40 times.

NASCAR no longer races at Iowa Speedway, but ARCA has gone there 16 times, every year since the track opened. The East series has raced there 19 times and the West has raced there 18 times.

While the East and main series have always raced together in a combination event, the West hasn’t visited the 0.875-mile short track since 2019.

To raise interest in the weekend as well as bolster the competition level, all three series should be scheduled in a combination race. From a marketing perspective, it’s the best ARCA drivers competing 150 laps at the same oval under the lights.

The 2022 ARCA schedule featured 20 events at 19 different racetracks. Although the 2023 schedule has not been set yet, that tremendous distinction very likely will continue.

I’d like to see ARCA return to Road America, either as a support race for xfinity or with the Trans Am cars. Both of those events are in July. ARCA also belongs at Iowa Speedway.

I don’t see the point of even having a national series. No car count with no fans. Get rid of those dirt tracks. They should just have an East and West series. It’s more economical. Anyhow NASCAR runs owns it.

Elko Speedway had a great ARCA race in 2022

Drop one of the Kansas races for Pikes Peak and have another ARCA and K&N West combo race. Also, increase the K&N East Series to a 10-race schedule. 7 is not enough.