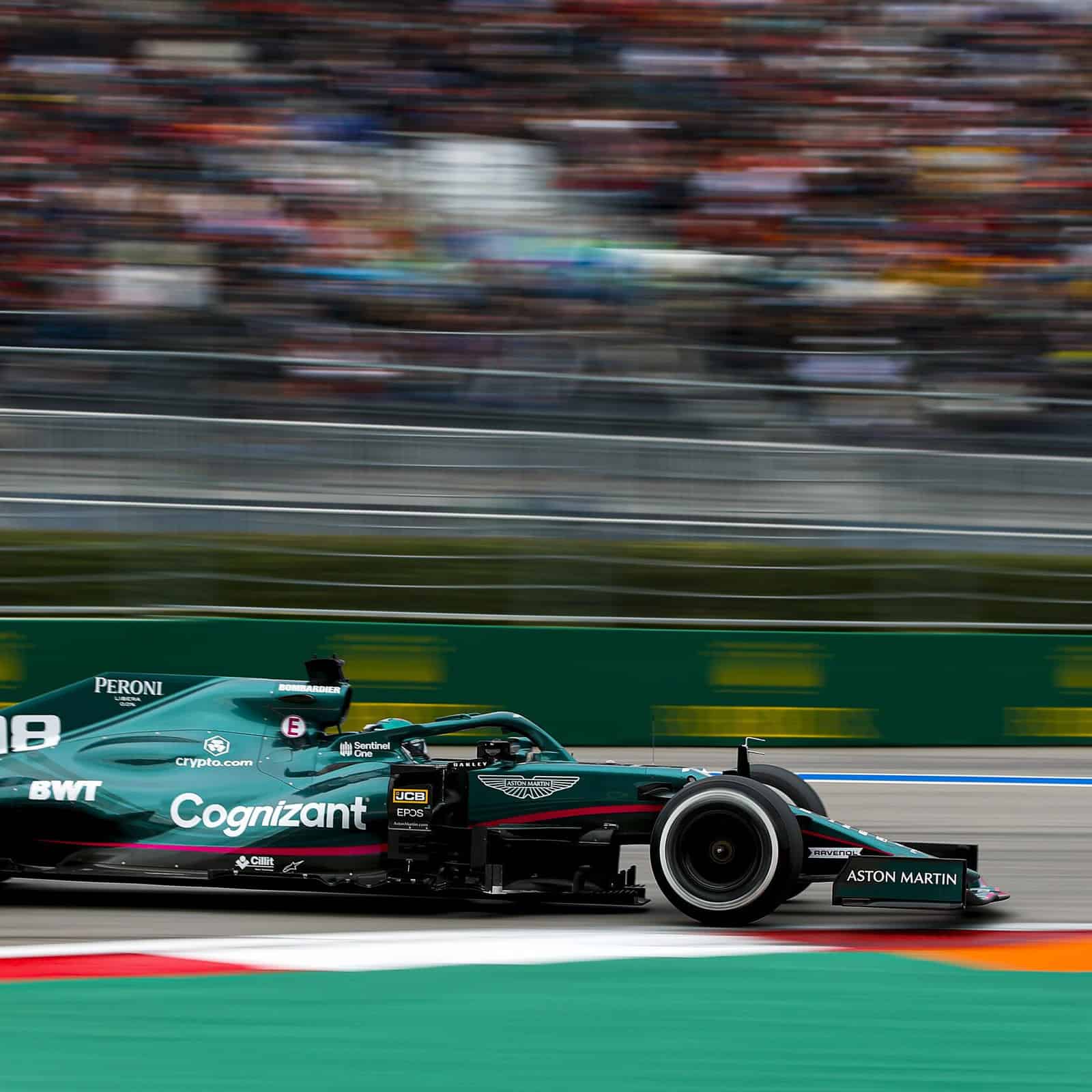 Lance Stroll and Fernando Alonso were involved in a heavy crash on lap 21 of Sunday’s (Oct. 23) United States Grand Prix at the Circuit of the Americas.

Following a restart from behind the safety car, Alonso got an advantageous exit from the turn 11 hairpin and lined up a challenge on Stroll down COTA’s 0.62 mile-long backstretch. As Alonso approached the Aston Martin driver, he pulled his Alpine out to Stroll’s left-hand side to execute the overtake.

Stroll then moved his car slightly to the left, clipping Alonso’s right front wheel and sending the Alpine’s front end into the air as the car headed toward the inside barrier. Stroll, meanwhile, found himself spinning and making heavy contact with the outside barrier before spinning to a stop in the middle of the track.

While Stroll’s race was over – and the track was littered with debris – Alonso found himself able to continue and brought his Alpine machine back to the pits for a new front wing and tires, eventually rejoining the race in time for the second safety car restart of the day.

Stroll seemed to take immediate responsibility for the incident.

“I crashed,” was all the Canadian had to offer to his team over the radio in the accident’s aftermath.

Stroll exited his stranded car under his own power without any evident difficulties.