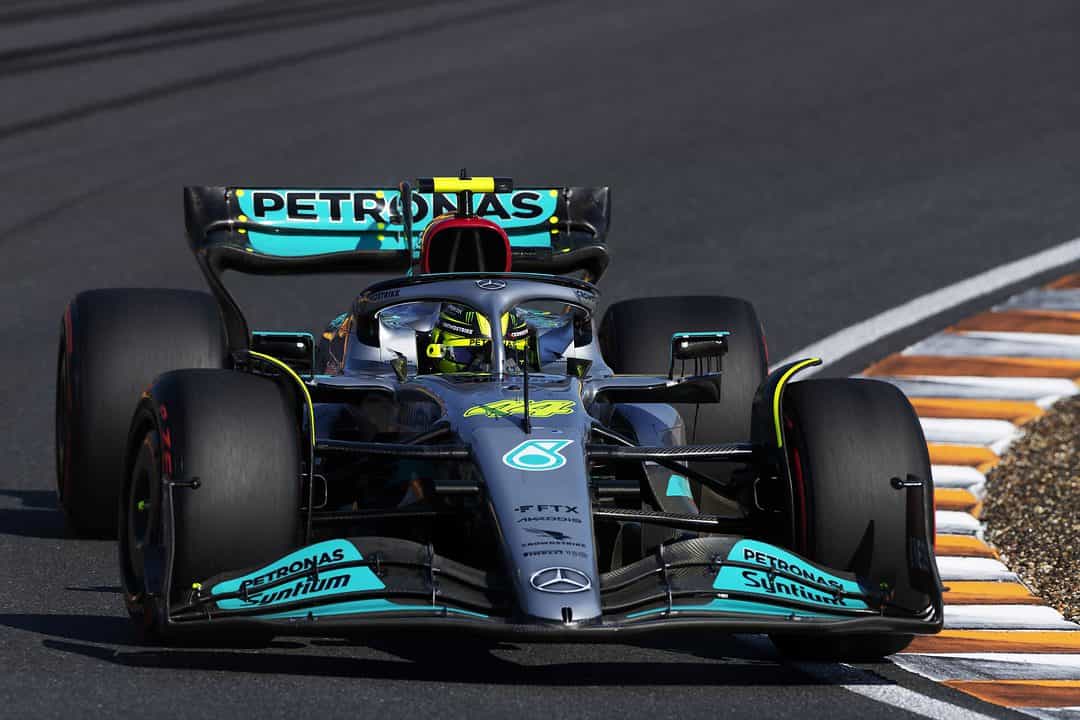 Lewis Hamilton nearly picked up his first victory of the 2022 Formula 1 season during the United States Grand Prix at the Circuit of the Americas on Sunday (Oct. 23). Six more laps was all the Briton needed to secure what would have been his sixth win at COTA and his seventh win in the United States.

“I did everything I could to stay ahead but [Red Bull] were just a little too quick today,” Hamilton admitted in parc ferme.

“I was shattered. The car was a handful today. It felt amazing, firstly, to be in the lead. That’s something we’ve been working so hard on as a team through the year, and I felt so much hope. But it’s okay; we’ll hold on to that, we’ll keep pushing, we’ll try and give it everything we can in these next three [races]. It’ll come to us at some stage.”

Hamilton made a strong start from the second row of the grid and moved into second-place when Carlos Sainz was spun around from the lead by contact with George Russell. Hamilton held a net second-place for much of the race until lap 36, when a pit road mishap set Verstappen back by approximately 11 seconds in his pursuit of his 13th victory of the year.

After a lengthy delay in the pits, Verstappen rejoined the track on fresh mediums and immediately went to work pumping out purple laps in pursuit of Hamilton, having to navigate his way around Charles Leclerc in the process. The Dutchman made his way into DRS range of Hamilton on lap 49 with the life expectancy of his medium tires vs the hard tires of Hamilton being a compounding factor in the battle for the lead.

Despite the best efforts of the seven-time Champion, Verstappen passed Hamilton into turn 1 on lap 50 and never looked back at his 2021 title rival.

Hamilton bravely defends but he can't stop Verstappen getting past

Verstappen came home 5.023 seconds ahead of Hamilton after both drivers spent the last five laps of the race tiptoeing around the course looking to avoid a track limits penalty.

“I gave it everything, guys,” Hamilton told his team after the race. “So close, but so far. Let’s keep pushing.”

This result is the seventh podium – and third second-place – result of Hamilton’s 2022 season. The Briton has three races remaining in Mexico, Brazil and the United Arab Emirates to collect the 104th win of his career and secure his record of scoring at least one victory in 16 seasons of F1 to this point.