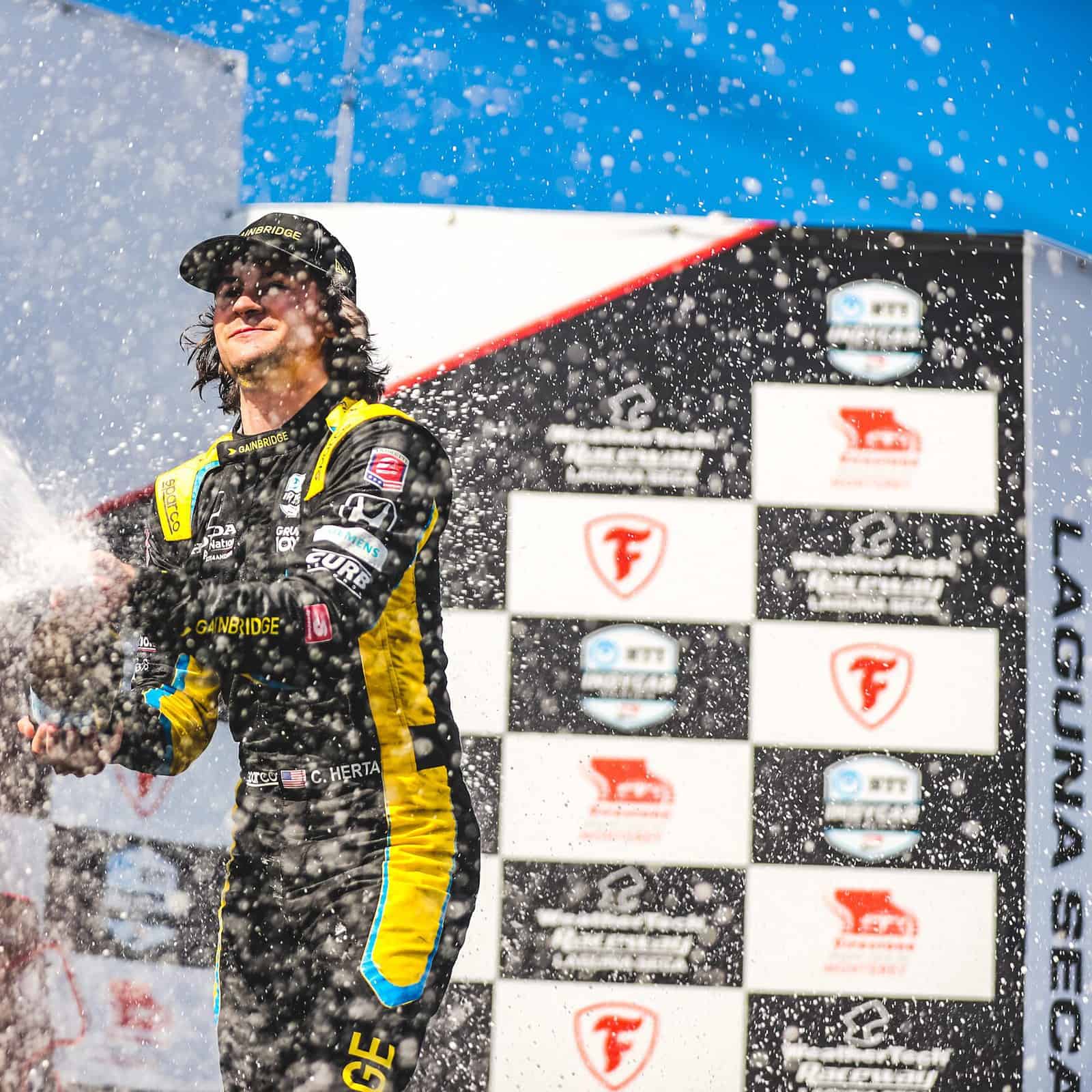 It was announced Tuesday (Oct. 25), that Colton Herta, an IndyCar prodigy and F1 hopeful, has re-upped with Andretti Autosport for four more years.

On top of his current contract, which runs into the end of next season, the 22-year-old American is now committed to IndyCar through the 2027 season, when he’ll be 27 years old. A provision in the contract states that Herta will be able to leave the Andretti team to join the Andretti F1 team, if the entry were to be approved by FOM.

There are two reasons to Herta’s decision to sign on the dotted line, especially with no automatic out if an existing F1 team were to make an offer for his services. One is accepting that his bid to be the next big American F1 driver is largely over. Even with Logan Sargeant being provisionally named to a Williams seat this week, Herta had the hype among his fellow countrymen as a pre-existing IndyCar star that Sargeant really does not.

And honestly, that’s not a bad position to be in. “Winning IndyCar driver” is not a horrible job at all. It doesn’t pay as well as a grid position in F1, but 99% of rides in racing don’t anyway.

The other reason would be that Herta believes Andretti is the way to get into F1. And this, well, would not be a wise decision if that’s the reason he chose to go back there.

Andretti offers longevity, comfort (dad Bryan Herta is literally his chief strategist) and job security. It doesn’t offer consistent speed. The easiest way to go from IndyCar to F1 is to win the IndyCar championship. That’s something Andretti hasn’t done in 10 years now. Their drivers since have had exactly five top-five points finishes, which sounds impressive until you remember it’s a 20-car series most years and they are/were fielding three to four cars full time.

And it’s not like they are magically getting better. In 2022, they only won both races on the Indianapolis Motor Speedway road course, and the outgoing Alexander Rossi and Herta tied for ninth in points (Rossi was given the position on a tiebreaker). Romain Grosjean went from being legitimately one of the most exciting drivers in the field in 2021 to being fairly anonymous in 2022, outside of a single podium at Long Beach.

It’s hard to imagine Herta having no interest from a more consistently competitive team like Chip Ganassi Racing, which is likely to have an opening after next season after Alex Palou completes his contract with them. Palou, of course, just wrapped up his first FP1 session on Friday during United States Grand Prix weekend at Circuit of the Americas, using the 2021 IndyCar championship he won at CGR to land an F1 super license and a developmental driver gig at McLaren.

But let’s pretend for a second that Herta can follow in Palou’s footsteps, win himself an IndyCar championship and establish himself as a potential F1 driver. Now there’s another hurdle in his way, a fairly large contract with Andretti that will be hard (albeit not impossible) to get out of. There’s plenty of potential options for F1 seats; how many F1 team owners/principals are actually going to tolerate that big of a contract? Zak Brown with McLaren may be the only one, but he’s pretty much booked for the next few years with Lando Norris and Oscar Piastri locked into his cars.

The reality is that unless things have changed mightily behind the scenes in the F1 paddock, it just doesn’t seem likely that FOM is that interested in expanding the field, even if an entry has all the keys it needs to have like Andretti has on paper and reportedly on the balance sheet. The smaller teams don’t want a new team that will probably beat them in constructors’ points and cost them millions of dollars per year, plus the top teams have no real need to expand the field, with Toto Wolff and Christian Horner finding a rare topic of agreement that the Andretti bid isn’t likely to work.

The only friends Andretti likely has in the paddock to support a new F1 bid would be McLaren, due to their IndyCar connections, and Alpine, who would provide an Andretti team with Renault engines. And keep in mind that Alpine just made a complete and total mockery of themselves with the Piastri fiasco, so that’s basically having the support of the court jester in F1 circles.

F1 journalist Joe Saward has reported that if Andretti can land an American automaker to go into this venture with, ideally either Ford or Chevrolet, they would be quickly approved. But, without that, and with no indication of that actually happening, there really isn’t much of an argument Andretti has against the concerns of the existing teams on the grid besides the albeit accurate claims of “the sport is big enough for an 11th team” and “there are more than enough quality drivers for two more seats on the grid.”

I can’t much speak for why Herta made his decision and can’t really fault him if he made it for a number of different reasons. But when it comes to his potential as an F1 driver, he’s either made a big mistake that is unlikely to pan out, or he’s decided that it’s not a huge priority to him. And good on him if it’s the latter, but let’s not pretend from now on that he’s got a serious shot at making it on the F1 grid.

I like Colton Herta and think he’s a great asset to Indycar, but I’m not sure he’s quite good enough to be in F1. In that series minor mistakes can quickly become extremely costly and very difficult to recover from during the race. Situational awareness is paramount in F1 (not that it isn’t in any other form of racing). Colton has made more unforced errors than I (an average couch potato coach) thinks he should be making. If I were an F1 owner, those unforced errors would make me question if he has the discipline to remain focused, calm, and in control every lap.