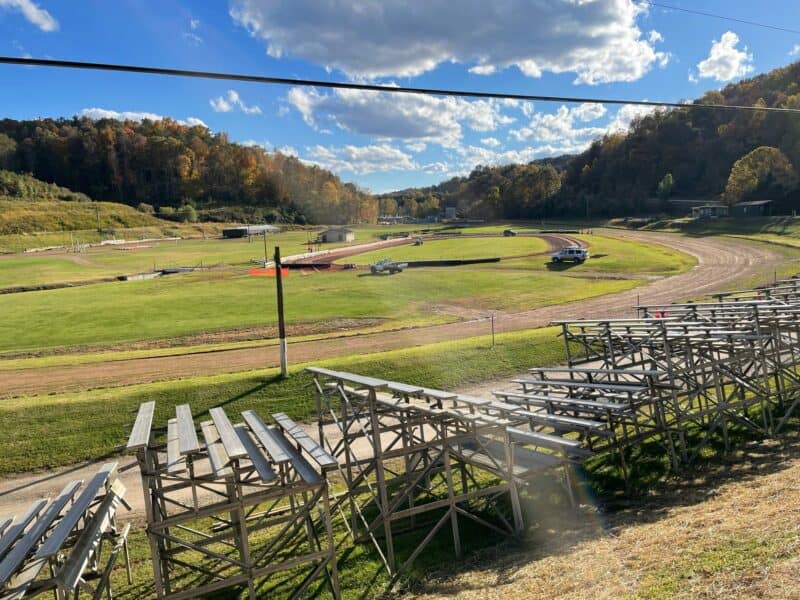 Already facing a ton of negative headlines heading into 2023 with Kyle Larson’s very public refusal to run the Chili Bowl Nationals over a purse that hasn’t kept up with the times or the costs required to contest the event, the crown-jewel midget race incurred the wrath of many in the racing community Wednesday when it announced a limited tire rule for January that would have rendered many teams’ current tire inventories obsolete.

Then, as of today, the event changed its tune, instead opening the rules up to allow for any midget tire to be run.

EVENT UPDATE >> Any Midget Tire Will Be Allowed At The 2023 Chili Bowl Nationals! Find out more at https://t.co/LjRQjR66Vl pic.twitter.com/Fd5qL9usdJ

Whether this was poor communication, as implied in the Chili Bowl’s press release regarding the rule change, or an about face by an event finding itself on the defensive after years of staggering growth, let’s first be clear that the end result is a good thing for all involved, fans and competitors alike. An open tire rule not only means that race teams sitting on inventories of race tires will not incur additional costs in contesting a gargantuan week-long racing event but also means the racing events themselves will be open to tire strategy among competitors.

However, watching how responsive the Chili Bowl Nationals were to social media outrage, I also wonder if the event’s getting just a little bit skittish knowing that this year’s entry list is likely to be diminished when compared to recent seasons. Larson is not the only driver that’s spoken out in 2023 about the costs of contesting the Chili Bowl, and the Wild West Shootout late model event that runs the same week as the Chili Bowl is offering considerably more prize money, with prelim feature wins paying $10,000, the finale $25,000 and a whopping $300,000 bonus available to any driver who can sweep the races.

Will you be joining us in the desert for another year of great racing? #WWS2023 pic.twitter.com/QWSa6ZKGfg

Is there a new sheriff in winter dirt racing? If nothing else, there are two names on the ballot now.

2. Pennsboro Was Lost, Now Is Found

With North Wilkesboro Speedway (in no small part thanks to the COVID-19 slush fund) returning to big-league NASCAR racing, XR Events has announced the next target for its Racetrack Revival is a track featured on Lost Speedways, Pennsboro Speedway in West Virginia, which was the original home of the Dirt Track World Championship.

The Magic returns in 2024. pic.twitter.com/xRhtmOSTEH

There are plenty of reasons to be excited about this one. Pennsboro is a truly unique racetrack, with a literal creek running through it and an oblong shape. It’s beautiful as well, consistent with most racetracks in West Virginia that are located within the natural contours of the rocky hills. And given that the current home of the Dirt Track World Championship (Portsmouth Raceway Park in Ohio) has put on completely underwhelming races each of the last two seasons, seeing the actual home of the event return to vitality is intriguing.

But let’s temper that enthusiasm a little bit. For one, this ain’t Wilkesboro. This is a from-scratch rebuild, as the facility has only been used for kart racing of late and hasn’t hosted a race of any kind on the main dirt oval in two decades. What’s more, dirt late model racing has changed a LOT more than stock car racing has in between races at North Wilkesboro.

For as unique as Pennsboro is, the track is narrow and rife with safety hazards (racing over a creek is going to be pushing it by 2022 standards). There’s also the issue of location; the track is well within driving range of both West Virginia Motor Speedway, which went through its own revival in 2021 only to shut down early this year, and I-77 Speedway, which closed abruptly midseason this summer.

This is an ambitious project for the folks at XR and any racetrack coming back from the dead is a welcome development. Here’s hoping it’s not over-ambitious.

3. Grandview Speedway Not Dead Yet

Speaking of being back from the dead, Grandview Speedway, which ran what was thought to be its final race ever back in early October, made a stunning announcement via Facebook that there will be an opening day for the facility in 2023.

The news comes as it has been reported that rezoning necessary for Copart, the auto company slated to buy the property, has hit snags with the local government.

It remains to be seen whether this is indicative of a full season return for Grandview or a one-off. For now, it’s a day worth celebrating, as Grandview is a fantastic racetrack with no shortage of a fanbase.

4. The Home of the World of Outlaws Gone?

Sadly, it’s not all good news on the racetrack front. It’s bad enough that the Texas Non-Wing Nationals, which had been scheduled as the finale race weekend for the inaugural Xtreme Outlaw Sprint Series, had to be postponed due to grounds saturation after heavy rain in Texas.

An update on the #XtremeSprint championship finale will be announced at a later time.

What’s worse though is that if a replacement date can’t be found, the famous Devil’s Bowl Speedway may be gone for good. Though I have not been able to confirm whether a sale of the track property has closed, the rumor mill has been running rampant for weeks that the track has indeed been sold. It’s an ominous sign that several members of the national TrackChaser group had planned to travel to Mesquite for the Non-Wing Nationals, as that may well suggest these sale rumors have legs.

Why does this matter? Devil’s Bowl is the home track of the World of Outlaws, having hosted the series’ inaugural race back in 1978. Of all the racetracks that have already been lost in 2022, this would be the most significant loss of them all.

Another major event got canceled with far more advance notice this week, as XR’s planned Silver State Super Speedweeks scheduled for this winter at the Dirt Track at Las Vegas Motor Speedway saw both its January and February dates axed, citing economic factors (it’s worth noting that XR locked its announcement post on Facebook, allowing no comments and preventing it from being embedded).

The economic factors cited by the XR folks are valid, and especially so for a West Coast race, as the vast majority of national late model teams are based in the Midwest and Southeast. Las Vegas is a very long haul regardless of fuel prices and could be in many ways argued in a similar vein as if NASCAR opted to start its season at Auto Club Speedway.

The February dates scheduled for Silver State Super Speedweeks was never realistically going to happen. Scheduling a race weekend in Nevada barely a week removed from Florida Speedweeks was never going to draw any race teams; any that race at a national level are going to spend a full week at East Bay and another full week at Volusia trying to figure out which late model tour to run. Two weeks of racing almost nightly requires any race team to take a breather.

It was a bit surprising to see the January dates get axed, though, namely because those dates played nice with the Wild West Shootout, which would have race teams already in New Mexico. Though it’s still no short haul … the trip from Vado Speedway Park to Las Vegas is more than 10 hours.

Credit to XR for pulling the plug well in advance for all involved to move on, but it’s also a demonstration of how the series, for all the events its promoted in 2022, still has limitations as to its draw, despite its gargantuan purses.

6. NASCAR, Eat Your Heart Out

Credit to the eagle-eyed social media team at the World of Outlaws for spreading the word about Odell Beckham’s surprising workout attire featuring none other than sprint car legend Donny Schatz.

Tony Stewart Racing wasted no time jumping on this post, inviting Beckham in perpetuity to an Outlaws race.

Take it as a lesson, folks: it’s always worth inviting someone to the track. Never know where the next race fan is going to come from.