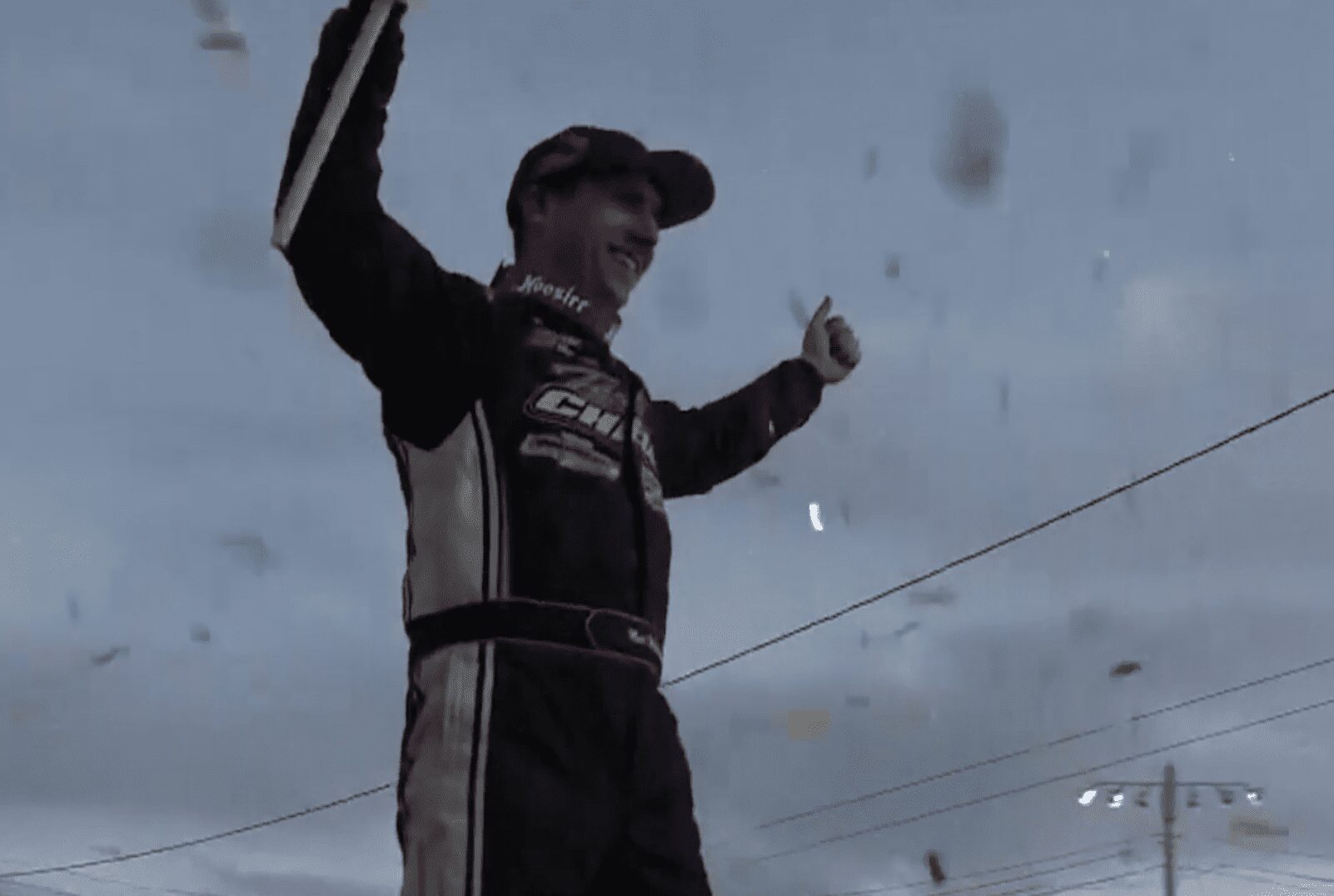 Mat Williamson bested the nation’s top driver on a restart with six to go to win the Melvin Joseph Memorial at Georgetown Speedway Saturday night (Oct 29).

For all the speed in his car, Mat Williamson had proven to be vulnerable on restarts several times during Saturday’s Melvin Joseph Memorial. By the final restart of the race on lap 35, he got it figured out, holding off Matt Sheppard on what was the final start of the night and drove off to a $25,000 victory in the finale of the inaugural season for the Elite division of the Short Track Super Series, all the while being stalked by Sheppard.

The night wasn’t a total loss for Sheppard though, as his runner-up finish allowed him to clinch two points championships in one night (the Short Track Super Series Southern Region and the Elite Series), capping a sweep of all three STSS crowns and netting Sheppard another $40,000 Saturday night. Ryan Godown won the Georgetown Speedway track championship with a fourth-place finish.

Saturday’s feature saw the Georgetown Speedway racing surface in superb condition, though six yellow flags robbed the 40-lap feature of much of its rhythm. The modified feature was fortunately devoid of any serious accidents after Friday night’s third qualifier featured a violent crash that sent Billy Pauch Jr. to the hospital (more on that later).

No, Sheppard was not able to add to his total of 41 feature wins at Georgetown this weekend (though he did win a qualifying race Friday), but becoming the first driver to sweep three STSS points titles in a single season is just the latest accomplishment for a driver that will also head to Charlotte this weekend to clinch the Super DIRTcar Series crown at the World Finals.

Ryan Watt won an additional $300 Saturday night for winning hard charger honors in the Melvin Joseph Memorial, improving from 19th to seventh over the course of 40 laps.

For all the hype surrounding the mighty modifieds, a tip of the cap to the entire Delmarva Truck Series field, as they put on a feature Friday night worthy of race of the year consideration. The 12-lap event went caution free and featured a legitimate four-wide exchange for the race lead, with the feature eventually being settled by three-hundredths of a second.

One of the worst crashes modified racing has seen anywhere in 2022 unfolded halfway through Friday’s third qualifying feature, an incident that ended up sending both Pauch Jr. and HJ Bunting to the hospital.

Both were listed as awake and alert and walked to their medical evac for further evaluation, will follow up when more is known. pic.twitter.com/B89a8JZ7Qp

The good news is that both drivers were released soon after and are back home. Bunting’s team posted on Facebook that the driver is sore, but suffered no broken bones. Pauch got the worst of it, fracturing several vertebrae as a result of the crash but was still released from the ER to return home.

Best wishes to both drivers for a speedy recovery.

Trever Feathers and Ross Robinson quietly put on one of the best late model battles no one seemed to see in last year’s Melvin Joseph Memorial at Georgetown, yet despite both drivers showing speed all weekend long a rematch never materialized. Feathers was buried in the starting lineup after breaking a drive shaft while running second in his heat race Friday, while Robinson suffered a flat tire halfway through Saturday’s feature while also running second.

Geoff Carey, fortunately, walked away from a nasty crash in Saturday’s Delmarva Chargers race that saw his car go airborne after making full-throttle contact with a tractor tire entering turn 3.

Saturday, Friesen quickly moved into the top five of Saturday’s Melvin Joseph Memorial and stayed there all night, eventually finishing third after briefly challenging for the race lead on a lap 24 restart.

I can’t remember the last time I watched a broadcast on Flo Racing that made such frequent and effective use of the split screen. Be still my beating heart!

Friday night marked my first visit to Georgetown Speedway and I had a lot of notes after the visit was over. First, the good. Thank God Brett Dayo bought this place because there’s no doubt it was an endangered speedway. There’s literally houses built and being built across the street from the track. It’s great to know that this track isn’t going anywhere because the sensation of speed that fans get from the cars entering turn 1 is second to none. Take my word for it, it’s jaw-dropping.

The sensation of speed @thegtownspdwy is something special. Damn shame this track's getting changed up. pic.twitter.com/DrJYwHOCF8

Now, having said that, there’s a thin line between rustic and rundown. And Georgetown Speedway is more than flirting with it. Broken beams in several grandstands, enough tear-offs littering the surrounding woods to choke a dolphin and catchfencing that I likely could run through with enough of a running start, this facility needs some TLC, fast. If nothing else the track needs a new, taller grandstand in the pit area… it’s damn near impossible to see anything from the actual competitors’ stand.

And it’s a damn shame that those dollars instead are going toward reconfiguring the half-mile track configuration this offseason. Friesen alluded to the upcoming change in his post-race interview Saturday night, which was confirmed to Frontstretch by a competitor in Saturday’s Charger race as well. Considering how racy Georgetown’s half-mile was all weekend long, this really feels like a case of fixing something that isn’t broken.

Friday night’s program moved so efficiently that the headline modified qualifier features were on track before 9 p.m. It helped that the late model car count wasn’t huge, but there are few if any sanctioning bodies that run a more efficient ship than the Short Track Super Series.

Where it Rated (on a scale of one to six cans with one a stinker and a six-pack an instant classic): We’ll give the Melvin Joseph Memorial three-and-a-half Dogfish Head Blue Hens. The late models and trucks honestly were the better races at Georgetown this week, though the restarts between Williamson and Mahaney were entertaining.

Up Next: All eyes turn to Charlotte and the World Finals, headlined by a World of Outlaws title chase that is very much in play. Coverage begins Wednesday and runs through Saturday on DirtVision.

I haven’t heard about the track being reconfigured till now. What is it being reconfigured into? I also was surprised how this is smack dab off a main road, in a pretty populous area. It was my first time there too, and I did like the track as is, and I saw fine from where I sat. But no actual bathrooms?

That wreck Friday in the mods was nasty. Worst I’ve seen in a long long time. I was really worried when they covered up the scene so fans couldnt see. Thankfully, everything was OK.