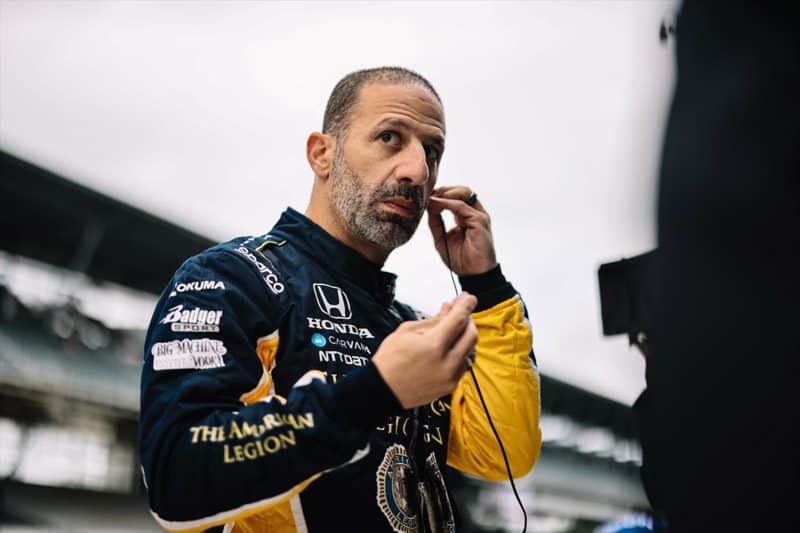 Tony Kanaan will make another attempt at winning a second career Indianapolis 500 victory in 2023.

Kanaan will pilot a fourth Arrow McLaren SP entry in the 2023 event, it announced Nov. 1.

On top of Kanaan’s return, the team announced NTT Data will be a primary sponsor for his effort and will also join Felix Rosenqvist on the No. 6 for 10 races next year.

“I feel extremely lucky to get another shot racing in the Indianapolis 500,” Kanaan said in a team release. “I’m excited to work with Pato (O’Ward), Felix and Alexander (Rossi) and race with the Arrow McLaren SP team. My biggest battle in last year’s race was against these three drivers, so working with them and driving with them will be exciting for all of us.”

The 47-year-old Kanaan has earned one Indy 500 victory in his 21 starts, coming in 2013. Additionally, he’s earned four podiums in the event and won the series championship in 2004.

Good team, he should be a contender for sure. I wouldn’t mind seeing TK win another Indy 500 before he hangs up the helmet.