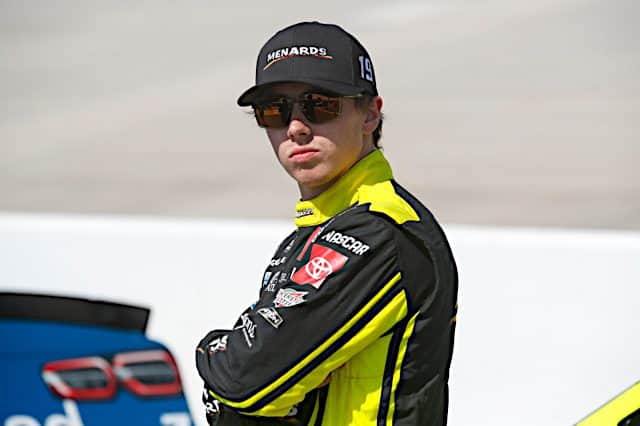 Menards will sponsor Brandon Jones in his move to JR Motorsports in the NASCAR Xfinity Series in 2023, JRM announced Nov. 3.

Menards will be a primary sponsor on Jones’ No. 9.

“To be able to make this transition to JRM alongside Menards is a dream come true for me,” Jones said in a team release. “I am eager to win races and championships with Menards’ continued support. It will be significant to have my longtime sponsor and John Menard reunite with Dale [Earnhardt Jr., owner] and JRM. JRM’s commitment to their partners is second to none, and I can’t wait to come out of the gate strong with them in 2023.”

Added Earnhardt, “I’m happy for the chance to work with John and Menards again. Menards sponsored one of the most dominant cars I ever drove in the Xfinity Series. I have some great memories of winning races together. John and his company are big supporters of racing and have been for many years. I’m glad to have them at JRM backing Brandon.”

Jones moves from Joe Gibbs Racing, for whom he’s driven the No. 19 in the series since 2018.

If Menards wasn’t planning on going with Jones before Martinsville, I’m sure they were after.

That stunt by Gibbs eliminating Jones and Menards from the championship round, should be enough to send all of their sponsors running. How could any company in good conscience write a sponsorship check to JGR, knowing that the team and owner have so little regard for any of their other drivers or sponsors, that they would allow little Gibbs to do something like that.

Good! Menards is too good of a company to be associated with the likes of joe gibbs racing.

Well since “Little Gibbs” thinks he is untouchable because Grandpa owns the company, I’m pretty sure the sponsors can get both his attention as well as Grandpa’s too. With Mars Candy money now gone and potential sponsors looking on at Little Gibbs rotten attitude money may not flow at JGR as much as it once did.

So funny, take that hipocrit grandpa. Menards is not a little sponsor to lose and I agree. It didn’t take them long to dump Gibbs and the runt. I wonder if Hamlin’s tweet, ” I miss JD ” might mean more than first thought. And I don’t like Denny.