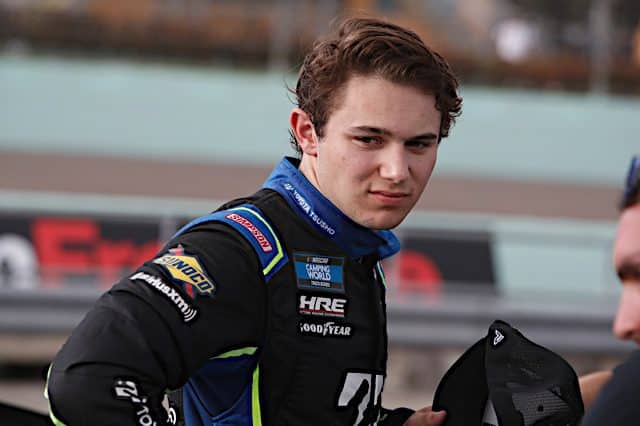 Chase Purdy will pilot the No. 4 full time and Jack Wood will be the primary driver for the No. 51, which will also feature drivers such as Busch.

“Obviously there will be a lot of change at KBM in 2023, but our goal as an organization remains the same that it always has been and that’s to go out and win races and provide the young drivers in our lineup everything they need to reach their full potential,” Busch said in a statement. “We have the right people in place to be able to accomplish those goals for our two trucks as well as being able to provide technical support to Rev Racing as they expand into the Truck Series and create a pipeline for young drivers in their program to advance their careers to the next level.”

“I’m thankful for the opportunity to get behind the wheel of the No. 4 truck and my goal is to join the long list of winners that KBM has produced,” Purdy said. “KBM has great people that build really fast trucks and I’m confident we can do big things together the next two seasons. I appreciate everyone involved that helped put me in this position and I can’t wait for next season to start!”

In his Truck career, Purdy has five top 10 finishes, with a career-best finish of sixth in the 2021 event at World Wide Technology Raceway at Gateway.

Wood has driven for GMS in his two Truck seasons. He has one top 10, a 10th-place finish also in the 2021 Gateway race.

“Growing up racing on the west coast I never would’ve dreamed that I’d be racing for Kyle Busch Motorsports and sharing a truck with Kyle — it’s truly the opportunity of a lifetime and I can’t even put into words how excited that I am,” Wood said. “To have the chance to learn from arguably one of the best to ever do it is going to be an incredible experience for me and I’m extremely thankful to everyone at Chevrolet and KBM that made this possible. I know that I have a lot of hard work ahead of me, but KBM will be surrounding me with everything I need to continue to grow as a driver and I can’t wait to get started.”

The No. 51 will also have a rotation of drivers in addition to Wood and Busch, though no further drivers were announced.

Sponsorship and crew chief assignments were not announced.

Of the current KBM driver lineup, Corey Heim will move over to the newly rebranded Truck team TRICON Garage, Chandler Smith graduates to the NASCAR Xfinity Series to Kaulig Racing and John Hunter Nemechek has not yet announced his 2023 plans.

KBM driver salaries zero, but the rental income for the driver seat and steering wheel is thousands of $.