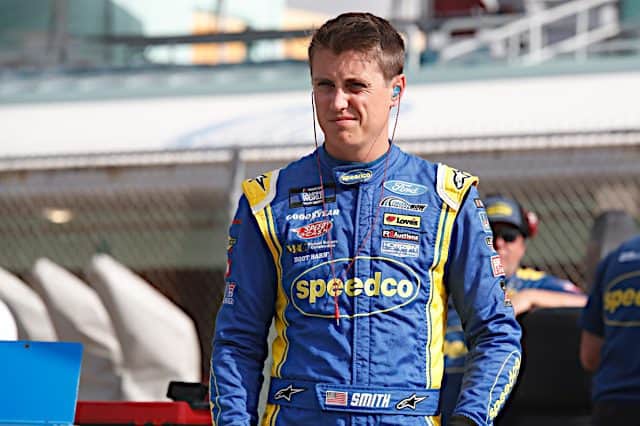 Of the Championship 4 drivers, the champion is determined via the highest finisher of the four. Zane Smith is ahead of everyone when the green flag flies for the Lucas Oil 150 as he won the pole at Phoenix Raceway on Nov. 4 with a lap of 138.032 mph.

In his two Truck Series starts at the 1-mile track, Smith has finished second and fifth, respectively.

ThorSport Racing drivers qualified sixth through ninth with Rhodes, Christian Eckes, Ty Majeski and Matt Crafton starting sixth through ninth, respectively. Majeski paced the field during the practice session Thursday and he too is a Championship 4 driver. John Hunter Nemechek rounded out the top 10.

Chandler Smith won the 2021 Truck race at Phoenix, but he qualified 12th, the lowest of the Championship 4.

Derek Kraus will drop to the rear of the field due to using a backup No. 19 after he crashed during the practice session. Kraus qualified 23rd.

35 drivers were entered in the Truck Series season finale, so all will compete in the 150-lap event later on Friday night.

The Truck Series competitors end their season on Nov. 4 at 10 p.m. ET with TV coverage provided by FOX Sports 1.