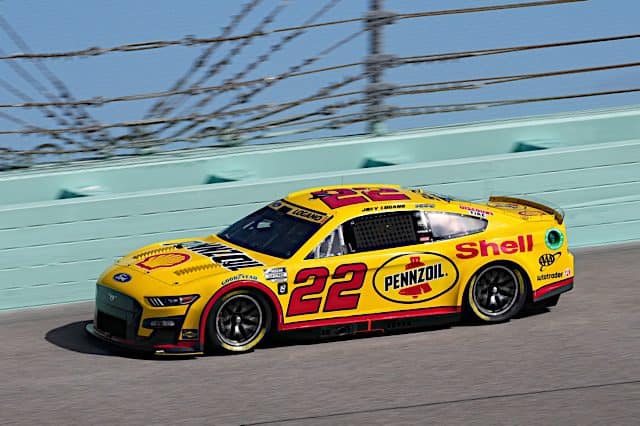 In the last NASCAR Cup Series qualifying session of 2022, Joey Logano earned the pole for the championship race at Phoenix Raceway, going 134.389 mph in the second round of qualifying.

It’s Logano’s fourth pole of the year and 26th of his Cup career as he looks to grab his second championship.

Logano’s Team Penske teammate Ryan Blaney starts in second next to Logano on the front row. Chase Briscoe is third, 2021 champion Kyle Larson is fourth and Chase Elliott rounds out the top five.

Logano and Elliott were the only two of the four to make the top 10; Christopher Bell starts 17th and Ross Chastain is back in 25th.

The rest of the top 10 were Harrison Burton in sixth, Kevin Harvick in seventh, William Byron in eighth, Cole Custer ninth and Ty Gibbs in 10th.

If there are no POINTS awarded for the TV time outs why have them?

Instead of dividing the event into three periods like hockey, why not into four quarters like the NFL, which is their target?