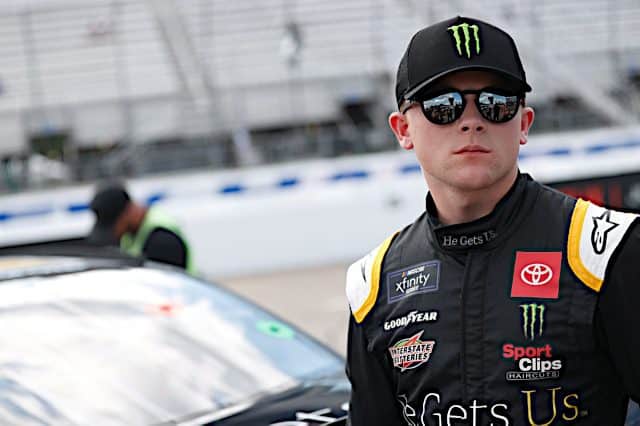 For the final time this season, NASCAR Xfinity Series drivers made qualifying laps, with Ty Gibbs capturing the pole for the championship race at Phoenix Raceway Saturday (Nov. 5).

Gibbs went 134.298 mph to earn his fifth pole of the season and sixth of his career.

He’ll contend for the title from first, with his Joe Gibbs Racing teammate Sammy Smith alongside him on the front row. Nick Sanchez starts a career-best third, while Noah Gragson is fourth and Brandon Jones rounds out the top five.

The furthest Championship 4 driver down the grid is Justin Allgaier in 11th.

Matt Mills was the lone driver who didn’t qualify for the race.