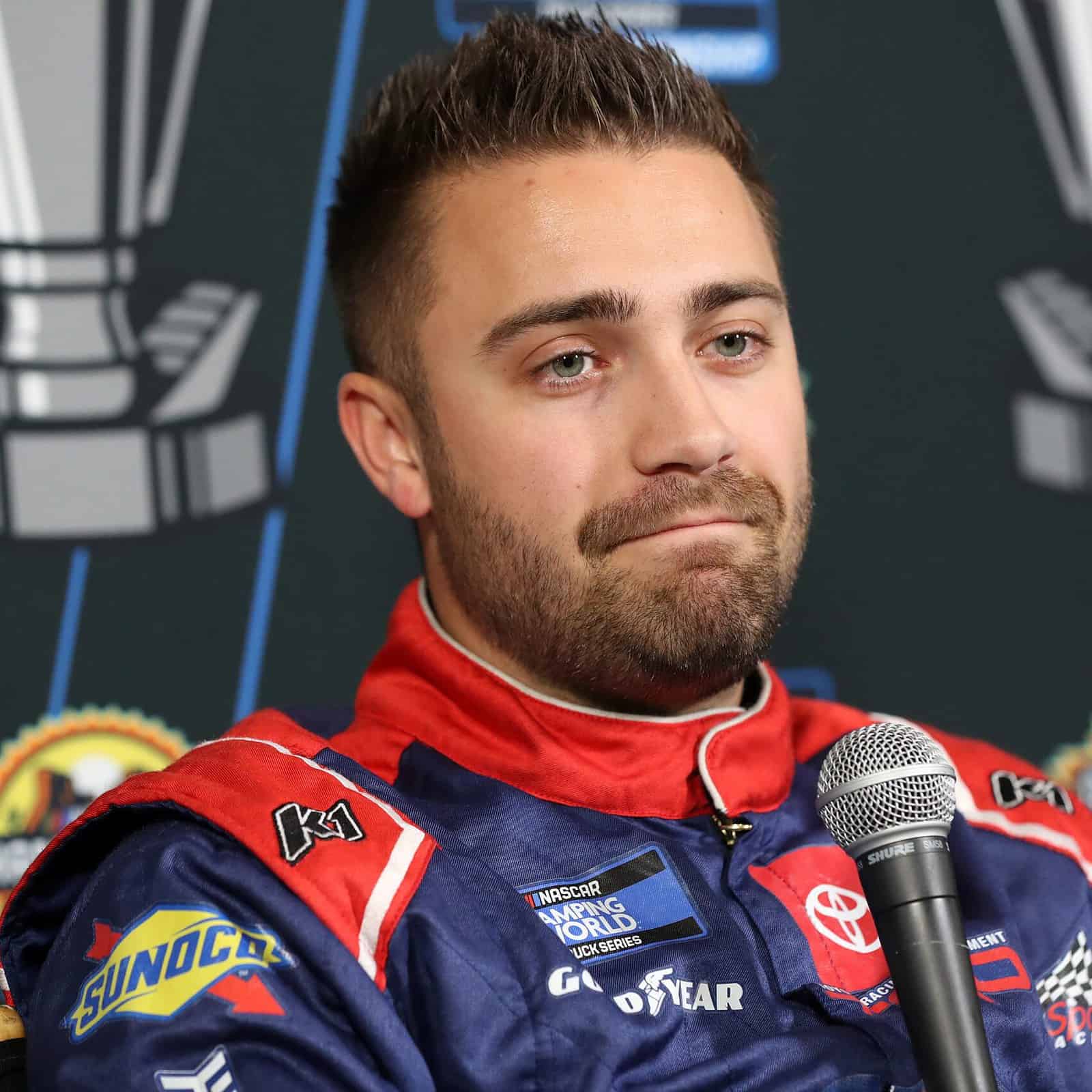 AVONDALE, Ariz. — Ty Majeski entered Friday’s (Nov. 4) NASCAR Camping World Truck Series season finale with wins at Bristol Motor Speedway and Homestead-Miami Speedway in the last three races. He had the hot hand at the right time, and he left Thursday’s (Nov. 3) practice session with the fastest lap, which was nearly a half-second faster than second.

It had been a long and winding road in NASCAR for Majeski, as he bounced between RFK Racing in the NASCAR Xfinity Series and Niece Motorsports in the Truck Series between 2017 and 2020, plus a brief part-time foray with ThorSport Racing in 2021, before finally getting the full-time nod with ThorSport in 2022. He had more than delivered in his debut season in the No. 66 truck, and he had to chance to cap off a career year with a Truck championship in his first full-time season.

Ultimately, it was not meant to be.

Majeski qualified eighth, and he had struggled to crack the top five in the first half of the race while eventual champion Zane Smith was in control after starting on the pole. The No. 66 team had ground to make up, and Majeski began moving in the right direction in the final stage, right into the top five. And after a lap 134 caution when Hailie Deegan blew a tire, Majeski had his best chances all night with split pit strategy.

Zane Smith, Chandler Smith and Majeski all took four tires, while teammate Ben Rhodes and the No. 99 team rolled the dice with two. Rhodes restarted the highest of the four in sixth, while Majeski was the highest-running truck of the three that took four. The green flag waved, and all four began making their way toward the front. Rhodes eventually took the lead from Stewart Friesen, while Zane Smith went from 12th to second in just a handful of laps. Majeski followed closely behind.

With four laps to go, Zane Smith’s march toward the front of the field had stalled out as Rhodes was able to stay even with him. That allowed Majeski — now running third — to challenge Smith for second and give ThorSport a chance at a 1-2 finish. Majeski put the pressure on, but it all went awry as he got loose and spun off of Smith out of turn 2 with four laps remaining.

The spin effectively ended Majeski’s title hopes, and he was only able to muster a 20th-place finish at the checkered flag.

“I knew the No. 38 [Zane Smith] was the best truck all night,” Majeski said post-race. “He’s probably been the best truck all year on a consistent basis. We were trying to bring a championship home for Duke and Rhonda [Thorson, owners], and I got pretty aggressive there; tossed it off on the apron into [turn] 1 and tried to get to his corner panel and wiggle him a little bit, and in doing so, I probably should’ve been more aggressive or way less aggressive. Just kind of met in the middle there on aggression standpoint and just took all the air off my right side and spun out underneath him.

“Trying to get underneath him and get a run. I knew if I could get underneath and get to his quarter panel on exit and pull him back, I knew at that point it could’ve been Ben and I and it really would’ve ensured a championship for ThorSport, and that was sort of my vision in making that move. I just didn’t execute well enough, and it didn’t pan out.”

Despite the heartbreaking defeat, Majeski was appreciative of the 2022 season he had, a season that made him a Truck — and NASCAR national series — winner.

“[This season] has been a dream come true,” Majeski said. “My NASCAR career hasn’t been great up to this point. Been through a lot of rough moments, but I’ve had a good support system around me. Just perseverance through some rough times. Landed in a really good spot at ThorSport and I’m just thankful to have had the opportunity.

“It’s so hard to make it Phoenix, and to do it in my first full-time season has been pretty special. We’ve come a long way throughout the year, and we’ve been putting races together on a consistent basis in the back half of the season. All you can ask for is a shot to win this championship, and I’m just really proud of the effort of everybody.”

That said, Majeski appeared to be staring off into space when he wasn’t answering a question in the media center. Whether he was shocked, disappointed or thinking about what could’ve been, he will have to wait another year to claim his first Truck championship.