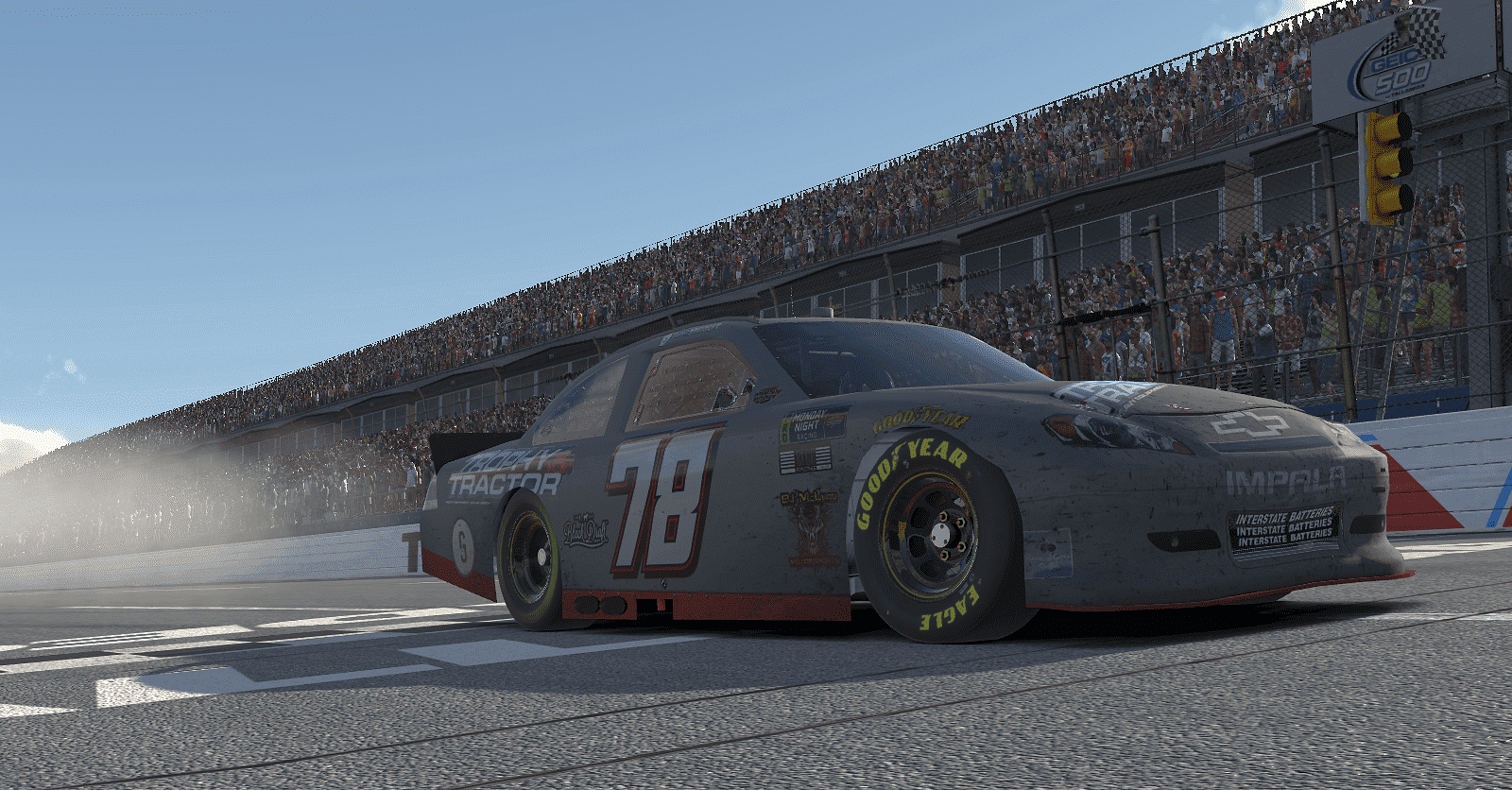 “I will take that over the entire disaster of a season I had last season,” said Smithley of his big season opening win.

“Glad we can race it out. What a relief! I can coast the rest of the season, feels good!”

Smithley will now race for a championship later this season.

Some new faces, new track and car combinations, but the same old action. Those phrases describe what the new season of the Interstate Batteries Monday Night Pro Racing Series will be giving us, as it did on Monday night (Nov. 7).

If there are readers and viewers who are new to iRacing or this league, here is the summary of what you should expect. To sum it up, the league features a full field of names involved in the motorsports industry. That can include a driver, a reporter, a spotter, crew member, PR representative, anything along those lines. Some of racing’s biggest names have participated in this league in the past, such as Dale Earnhardt Jr., Kyle Busch and Ty Gibbs, just to name a select few. The league began back in 2020 during the pandemic, and began its sixth season this week.

Some famous names across racing that people might recognize who are new to the league this season include Natalie Decker, Joey Savatgy, Christian Eckes, Zach Osborne and Chase Cabre. All of those drivers listed above made their debuts tonight.

The opener took place at Talladega, with the old Cup Series Car of Tomorrow. For reference, on iRacing there are no restrictor plates on these cars, meaning they can exceed 240 miles per hour in the draft. That definitely proved to be difficult for some, but we did see some great action.

Cabre scored the pole in his debut with a time of 41.962, a blistering pace for Talladega, but not unusual for the COT on iRacing as previously mentioned.

As the race began, defending champion Presley Sorah jumped out to the lead over Adam Cabot and Joey Padgett. The flow of the race was quite unpredictable with the handling of these cars. With the high speed, tire wear was a big factor as to who could maintain track position.

David Schildhouse took the lead just beyond lap 10 and kept it up until the first round of pit stops around lap 20. With this car on iRacing, maintaining one huge pack is very difficult because of how hard to drive the COT is. The amount of speed you’re carrying into the corner makes it impossible to hold the throttle down all the way. That makes forming a big pack very difficult as well.

The only incident on pit stops involved George Balfanz Jr., Nick Olsen and Gary Sexton when all three tangled coming into the pits during their green flag stop. Balfanz spun out of control, collecting Olsen and Sexton. All three continued on though.

Schildhouse maintained the lead following the green flag cycle, proving he may be the guy to beat on the night. Cabot would take over the lead around lap 30 though, until the first caution of the night flew on lap 35.

Seth Eggert clipped the wall and got hit by Bailey Turner, creating a two-car incident and the first caution. Both would be able to continue on.

Schildhouse would speed on the ensuing caution flag stops, sending him to the rear of the field. That caused him challenges for the rest of the race.

It would be a fairly calm next stint in the race. Cabot led the way up until the next incident between Max Kennon and Savatgy.  Savatgy would get turned into the wall, luckily not collecting anyone else.

Shortly before halfway, we were beginning to see who the contenders for the win would be. Cabot, Schildhouse, Ryan Vargas and Padgett were among the drivers up front most of the night, setting themselves up for a chance at the win.

After a rash of cautions, Vargas took control of the race with Cabot right on his tail for the majority of the middle portion of the race.

The semi-big wreck took place on lap 70 when a six car wreck ensued in turn 3 after Rajah Caruth turned Sorah, creating the incident behind them.

As we got down toward the end of this race, the action picked up in a big way. Even with several cautions, we saw some good racing throughout the entire pack. The degree of difficulty remained the same when it came to holding it wide open, meaning that one huge pack never had a chance to form.

Vargas had a moment with about 25 laps to go and fell all the way back to the tail end of the field. New players Anthony Alfredo and Collin Fern made their way to the front of the field as we approached the final pit stops.

The caution flew with 20 to go, and that is when the intensity really picked up. The big one took place on the restart, taking out at least eight to nine cars.

With Schildhouse out front on the late restarts, he was showing his hand and how tough it would be to overtake him. However, Smithley lurked all race long, getting by Schildhouse on the restart with two laps to go and never looking back. That win locks Smithley into the playoffs.

Full results are shown below. Our own Michael Massie unfortunately had a rough outing and finished in 42nd place, only completing 22 laps. 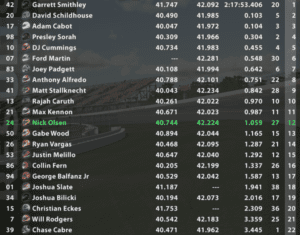 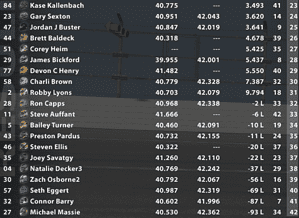 If you want to take away anything from this race, it would be to expect some of the same drivers we saw up front tonight to compete for wins every week. This league is extremely competitive, and there are about 10-15 drivers who can win on any given week. Expect more hard racing as this season progresses, as it will only get better.

The next race of the season will take place next Monday night (Nov. 14) at Twin Ring Motegi with the ARCA Menards Series cars. Coverage begins at 8 p.m. ET on Twitch.tv/podiumesports.

Head over to our YouTube channel for the post-race show between Michael Massie and myself as we recap all the action.