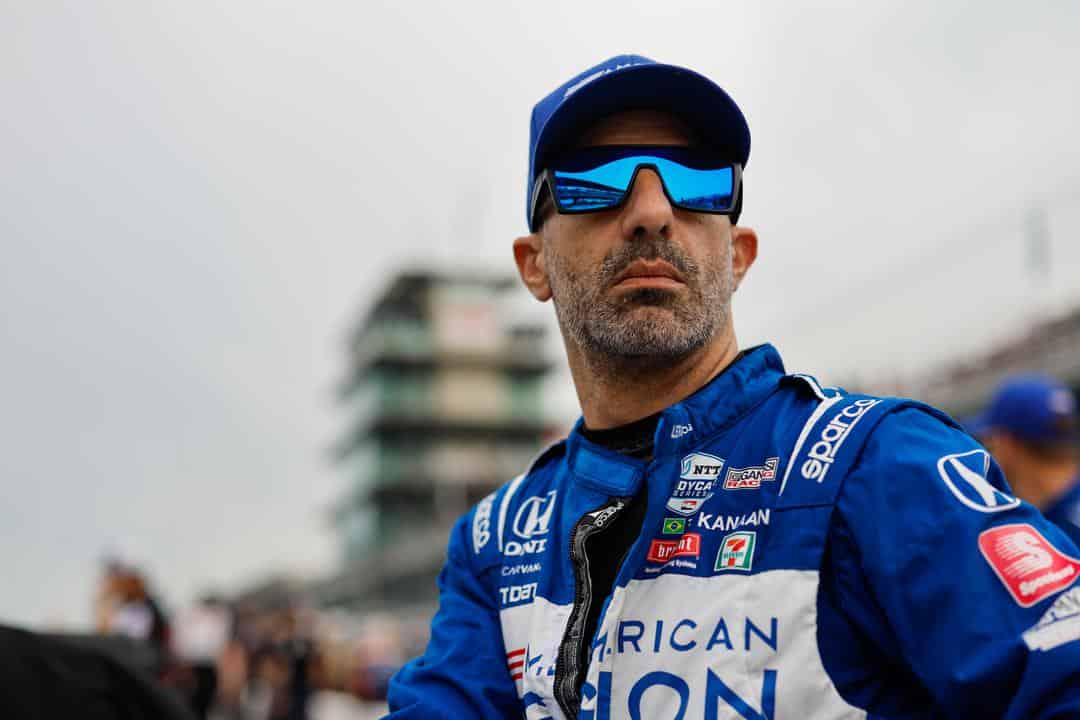 Though Kanaan stepped away from his full-time career in the NTT IndyCar Series after the 2019 season, he has kept true to his oval roots.

In 2020, Kanaan drove an all-oval schedule for A.J. Foyt Racing, then in 2021 drove the ovals in partnership with Jimmie Johnson at Chip Ganassi Racing. This past May, again with CGR, Kanaan was a one-off entry into the Indianapolis 500, where started sixth, led six laps and finished third to garner his first top-five finish since 2017.

Though he did drop hints after the race that 2022 was his final Indy 500, he will be back at the Brickyard again in 2023. The 47-year-old Kanaan, who won the 500 in 2013, will attempt to qualify for his 22nd running of the race, moving to Arrow McLaren SP as part of a four-car effort that includes 2016 Indy 500 winner Alexander Rossi, Pato O’Ward and Felix Rosenqvist.

This #Indy500 will be one to remember. pic.twitter.com/ZJJ4SyiuMS

Should he make the race, Kanaan, who began his career in the CART series in 1998 and appeared in his first 500 in 2002, will tie George Snider for seventh in all-time Indy 500 starts. Fellow Brazilian Helio Castroneves, a four-time Indy 500 champion and Kanaan’s lifelong friend, is currently tied with Snider and will stand alone in sixth place should he qualify for his 23rd 500 in 2023.

One of the best oval drivers of his generation, Kanaan saves his best for the Speedway, where his front-running style and bravery on restarts has made him a fixture at the front of the field. In his 21 starts, Kanaan has nine top-five finishes and has finished on the podium five times.

After winning the 2004 IndyCar championship for Andretti Green Racing, Kanaan won the pole for the 2005 Indy 500, one of nine times he has started in the first two rows. He’s also led 352 laps, which places him 14th all-time.

In 388 total IndyCar starts, Kanaan has 17 wins, 77 podiums and 134 top fives. NTT Data, which is moving from CGR to AMSP in 2023, will be on Kanaan’s car as the primary sponsor, with Chevrolet providing the power.

McLaren Racing and @NTTDATAServices announce a multiyear partnership beginning in 2023.

They will reunite with Felix Rosenqvist as a lead partner on the No. 6 car and continue its relationship with Tony Kanaan for the Indianapolis 500.

The addition of Kanaan gives AMSP a formidable group for the Month of May, as it will field four of the top-five finishers from last year’s race. O’Ward finished as runner-up to winner Marcus Ericsson, while Rosenqvist was fourth and Rossi drove to a fifth-place finish.

Kanaan will drive with his new team for the first time in the Open Test at IMS April 20-21, then will be back on track for the first day of practice on May 16.