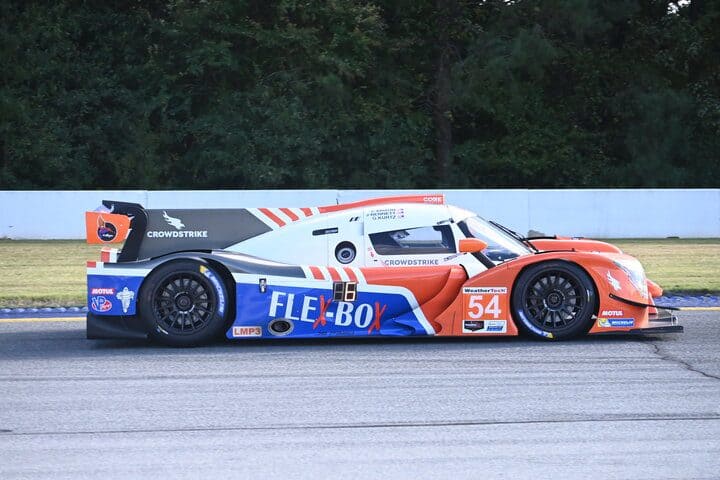 CORE autosport, a team that has competed in the IMSA WeatherTech SportsCar Championship (and the American Le Mans Series prior to the ALMS/Grand-Am merger), announced Thursday (Nov. 10) that they are ceasing operations. This will end a 13-year run as a full-time operation in sports car racing.

Bennett’s personal business away from the track require his attention to the point that he can no longer spare the time to race. He won’t have to go far to focus on that other work. CORE autosport’s headquarters in Rock Hill, S.C. shares space with another company that Bennett operates, Composite Resources. This company manufactures composite parts for the defense and aviation industries.

“From towing a race car to SCCA races in 1992 to winning races in IMSA’s top prototype class with Colin Braun in 2018, I have had an amazing, dreamlike experience in the sport I love so much,” Jon Bennett, CORE autosport team owner/driver, said in a press release. “This was a tremendously difficult decision, but as life outside of racing continues to take my focus away from the driver’s seat, I recognize that it’s time to bring this wild ride to an end.

“Thank you to Colin Braun who dedicated 10 years of his career to deliver flawless, world-class speed to CORE autosport,” Bennett continued. “Colin’s speed and spirit enabled our team to achieve great success and multiple championships in IMSA. Most of all, I gained a wonderful, life-long friend.

The team started off relatively small, racing originally in IMSA Prototype Lites, a support series at the time to the American Le Mans Series that eventually evolved into IMSA Prototype Challenge. After racing there in 2010, the team moved up to the American Le Mans Series’ Prototype Challenge (PC), fielding two ORECA FLM09-Chevrolets, running Nos. 05 and 06 (Nos. 005 and 006 at Sebring due to the 12 Hours of Sebring being run at the time as a joint round between ALMS and the Intercontinental Le Mans Cup, the forerunner of today’s FIA World Endurance Championship).

2012 saw Braun join the team after his foray into NASCAR came to an end to share the No. 05 with Bennett. The duo found success quickly with victories at Lime Rock, Laguna Seca and VIR. The No. 06 had an even better season with five victories, which gave the title to Alex Popow.

In 2013, the team split their operations between the PC and GT classes. Bennett shared the No. 05 in the PC class with Braun, while the No. 06 moved to the GT class with Patrick Long and Tom Kimber-Smith in a Porsche 911 GT3-RSR. Late in the season, Braun and Kimber-Smith switched cars. CORE autosport won the team championship in the PC class, while Bennett ended up third in the drivers’ standings.

When Grand-Am and ALMS’ series merged into what is now the IMSA WeatherTech SportsCar Championship in 2014, Porsche announced intentions to field factory entries in the GT Le Mans class. CORE autosport won the contract to run the Porsche North America program, which was a two-car entry with the then-new Porsche 911 RSR. The team also continued to run the PC class entry, with Bennett and Braun full-time.

The Porsche North America program ran in the GT Le Mans class via CORE autosport from 2014-2020. In that time, the team took 21 class victories, including the overall win in the 2015 Petit Le Mans at Road Atlanta. Earl Bamber and Laurens Vanthoor also won the GT Le Mans championship for the team in 2019.

The No. 54 team stayed in PC for the first three years post-merger. Braun and Bennett scored back-to-back championships in 2014 and 2015, scoring six victories along the way. They won two more races together in 2016, the final year for the PC class.

After a tough year in GT Daytona with a Porsche 911 GT3 R, the team acquired an ORECA 07-Gibson and moved up to the Prototype class. There, Braun and Bennett claimed two overall victories (Road America and CTMP) and came within three points of winning the championship.

2019 saw the team acquire a Nissan DPi that Extreme Speed Motorsports had raced the previous two years after the LMP2 class split from DPi. That ultimately was a struggle with little manufacturer support. The team sat out 2020 and focused on helping fight the COVID-19 pandemic.

The team has spent the past two seasons racing a Ligier JS P320-Nissan full-time in the IMSA WeatherTech SportsCar Championship’s LMP3 class. In that time, Braun and Bennett have earned three class victories and capped off the 2022 season by winning the LMP3 championship.

In addition to his work with Composite Resources, Bennett says that he will transition back to simply being a race fan. He is extremely excited about the new GTP class that begins in 2023 and wishes nothing more than the best for IMSA.