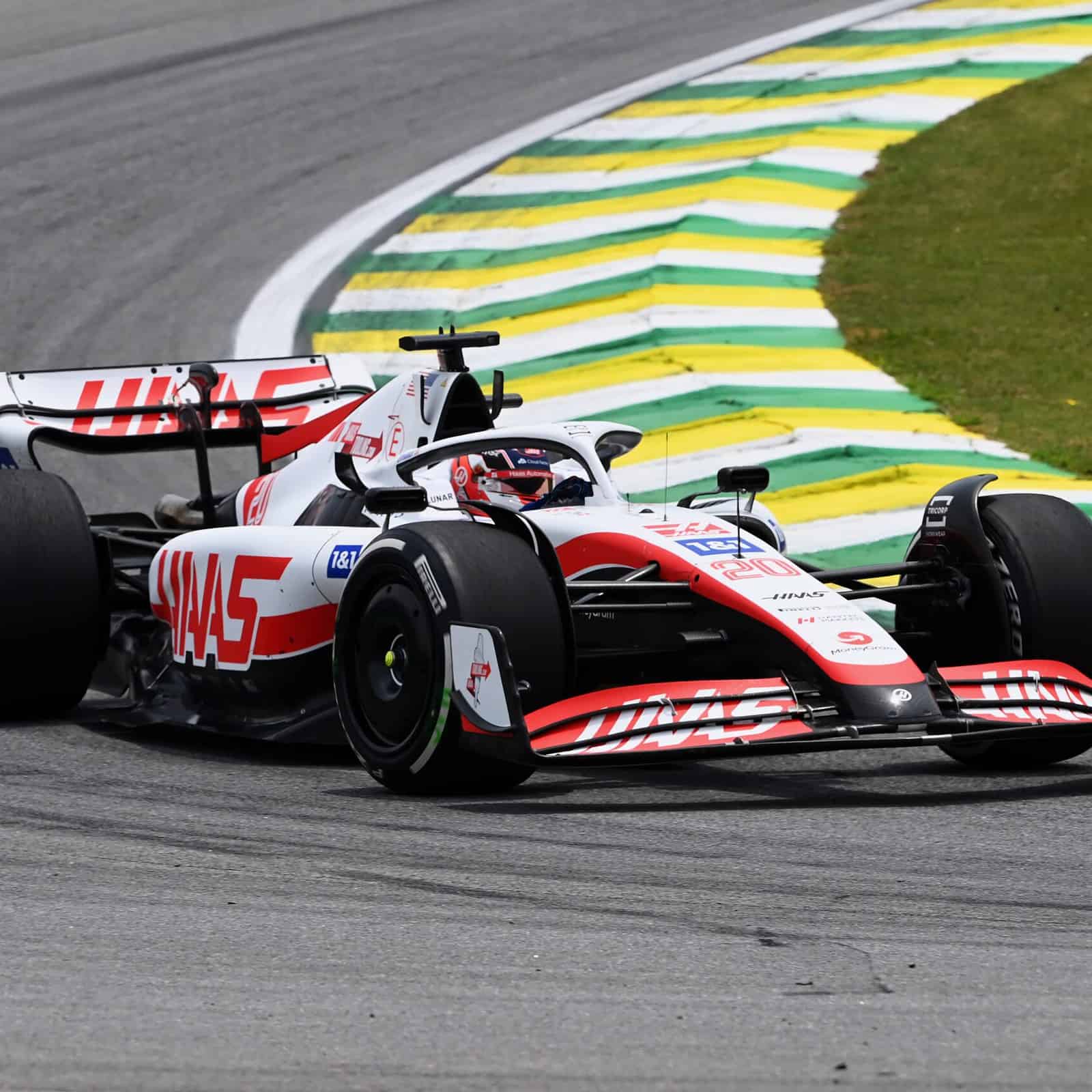 Danish driver Kevin Magnussen won the first-ever pole for both himself and his Haas Formula 1 team this Friday (Nov. 11) as the rains came down at Autodromo José Carlos Pace.

The critical red flag came out with eight minutes to go in the third round of qualifying. George Russell overcorrected headed into turn four and ended up beaching his Mercedes just as other drivers were finishing their flying laps. During the red flag, a rainstorm came through Sao Paulo, and the underdog driver and team were in the right place at just the right time.

“I don’t know what to say,” Magnussen began his F1 Media interview immediately following the session. “The team put me out on track at exactly the right moment, we were first out in the pit lane. Did a pretty decent lap, and got on pole. It’s incredible [….] I got back to [F1] after a year out, and it’s just an amazing journey.”

It’s the first time a Danish driver has won a pole in F1 history, and the first for an American constructor since 1975. Though the lineup of Sunday’s (Nov. 13) Sao Paolo Grand Prix will be determined by the results of tomorrow’s sprint, the record books will officially list Magnussen and Haas as pole winners.

Max Verstappen qualified second and Russell, in spite of his beached car, ended up third. Lando Norris was fourth and Carlos Sainz rounded out the top five.

Sixth and seventh were taken up by the two Alpine drivers, with Esteban Ocon ahead of Fernando Alonso. Lewis Hamilton will start the sprint from eighth.

Sergio Perez hadn’t completed his hot lap when the red flag waved, leaving the Mexican ninth on the leaderboard, four seconds off of the pace.

Prior to the Haas surprise, the story of qualifying may well have been another strategic error from Scuderia Ferrari. At the start of the session, Charles Leclerc was sent out on a dry racetrack on intermediate tires, as Ferrari believed it to be raining in turn twelve. It was not. Leclerc did not complete a lap on slick tires before the red flag waved for Russell’s incident, and the rain falling afterwards would have made another lap a fruitless effort. Leclerc resigned to start the sprint in tenth position.

Outside of Russell’s accident, there were no incidents in qualifying.

Light rain began to fall with four minutes to go in the session, leading to a chaotic ending with drivers staying out to squeeze in a fast lap before the track became too wet.  The optimal time to go out on track ended up being with two minutes to go, with no drivers able to set competitive times after that.

Alex Albon, Pierre Gasly, Sebastian Vettel, Daniel Ricciardo and Lance Stroll were eliminated in that order in this session of qualifying.

The first session was the reverse: the track drying up after a wet start, with drivers spending their first runs on intermediate tires and ending the session on softs. Nicholas Latifi, Zhou Guanyu, Valtteri Bottas, Yuki Tsunoda, and Mick Schumacher were eliminated in that order in this section of qualifying.