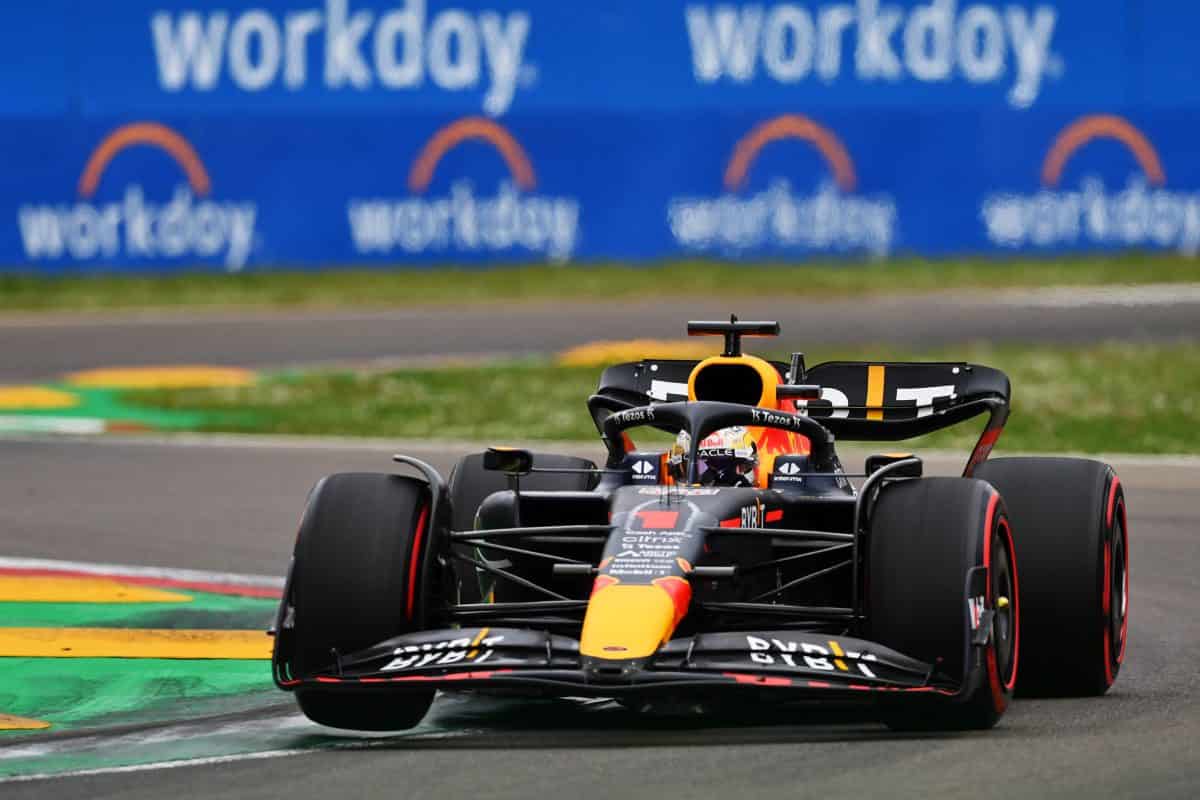 A lot of the talk this weekend around the Formula 1 paddock has been on the subject of the planned sprint race expansion for 2023. With Sao Paolo seeing the third and final sprint weekend of 2022 and six sprints coming next season, it’s a very relevant topic.

The reason for having sprint weekends, say supporters of the scheme, is that holding a short (20 or so laps, about a third of a race distance) qualifying race the Saturday before a Grand Prix helps promoters sell tickets for Fridays at the track, with timed qualifying being a much easier sell to fans than two practice sessions. It’s also a boon for Saturday, as a sprint with cars going head-to-head is in turn a better sell than qualifying.

With that being said, there are obvious issues with the sprint format. If a top team messes up in qualifying, they get essentially a free pass to improve their starting position prior to the next day’s race. Holding qualifying on Friday, thus putting cars in parc ferme a day early and forbidding teams from making any adjustments prior to Saturday morning’s free practice, makes that Saturday practice a bit useless. And with how late in the season Brazil’s sprint race is, F1 runs the risk of crowning a champion on a Saturday instead of a Sunday, which nobody wants to see.

See also
Only Yesterday: The Bulls Begin to Run

Now, with those caveats, there’s no reason to think the sprints can’t be exciting. Popular F1 YouTuber ChainBear put out a video last year describing a number of potential ways to make the sprints better. The key, more than anything else, would be to separate the sprint races from setting the grid on Sunday. One of his fans submitted a proposal to have the starting grid for the sprint be set by the results of the previous sprint, independent of the timed qualifying session. The sprint results being meaningful on their own yet not affecting the Grand Prix starting lineup seems like an obvious idea, one I can take further. My proposal is to have a “Sprint Across Europe” and a “Sprint Across The World”, with the Europe leg occurring right before the summer break and the world leg occurring just after.

The first sprint weekend would come at the Circuit de Barcelona-Catalunya ahead of the Spanish Grand Prix. On Friday, P1 would go on as normal, with cars entering parc ferme afterwards, followed by the sprint later that afternoon. The sprint’s starting lineup would be determined by driver points, with the top ten drivers flipped. No points would be awarded following the sprint, and P2 and qualifying would continue the next day as usual.

The next sprint would come about a month later at Austria’s Red Bull Ring, with the starting lineup decided by the finishing position of drivers in the previous sprint. Still no points would be awarded at the checkered flag. The third sprint would come a couple of weeks afterwards, ahead of the Hungarian Grand Prix.  At the end of this sprint, full F1 points would be awarded to the top 10 finishers, with no point for fastest lap.

The idea is that the three sprints would compose a single bonus race, one held across three different tracks and three different weekends. This would lead to an interesting situation for teams, because the Hungaroring is well-known to be a very difficult track to overtake on. So teams wouldn’t be able to just sleepwalk their way through the sprint races as they generally have the last two years.

With the “Sprint Across Europe” done, next would be the “Sprint Across The World,” running on back-to-back-to-back weekends in Japan, Qatar, and the United States. Ending the event at Circuit of the Americas gives that weekend a little something extra, since the new-for-2023 Las Vegas Grand Prix just a few weeks later will be getting a lot of American media’s attention. Ending at COTA would also be ending the sprint before the fifth-to-last race of the season, meaning it would be much more unlikely for a driver to clinch the championship before the United States Grand Prix.

This solves a lot of issues. Moving sprints to Fridays allows qualifying to go on more-or-less on the same schedule as the rest of the season, while still giving tracks a boost for Friday attendance. It allows F1 to add more content, essentially two extra races’ worth, without actually adding two more races to the calendar. And the points themselves can be considered legitimate because, well, teams are going a full distance race prior to the points being rewarded.

For this weekend, though, sprint rules stay the same as they have for all of the 2022 season. Only the top eight finishers score points, so it’s huge that Kevin Magnussen scored pole for the race

Haas enters this weekend with just a single point advantage over AlphaTauri for eighth in the constructors’ championship. Nobody thinks the Haas has the firepower to stay at the front the full distance, but even just a couple of points could be a huge boon for the team. The American outfit hasn’t looked faster than AlphaTauri since the summer break, but with both Gasly and Tsunoda out of position after qualifying, some sprint points might be just the ticket Haas needs to walk away with eighth place for the season and a few million more dollars in the bank. With the forecast showing rain the next two days at the track, really just about anything can happen either day.

Lights will go out for the F1 sprint race at Autodromo José Carlos Pace on Saturday, November 12th at 2:30 p.m. EST broadcast on ESPN News, followed on Sunday by the 2022 Sao Paolo Grand Prix at 1 p.m. EST on ABC. Coverage for both will be provided by Sky Sports’ commentary team.