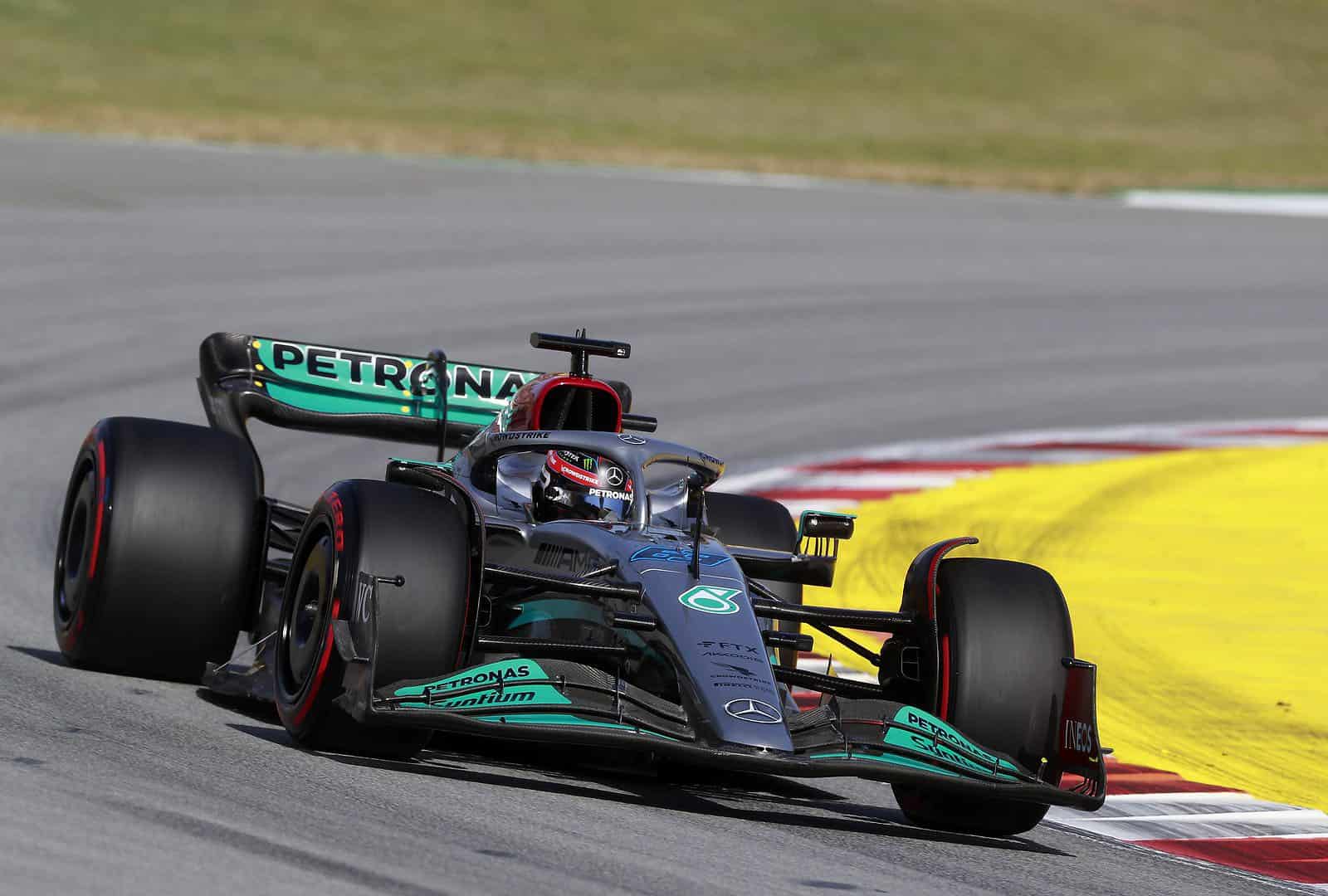 Yesterday saw a first-time polesitter, and this Saturday (Nov 12) at the Autodromo José Carlos Pace, Formula 1 has a first-time race winner. Yes, the checkered flag waved on only the 24-lap sprint to set the grid for Sunday’s Sao Paolo Grand Prix, but victory is sweet regardless for George Russell and Mercedes-AMG Petronas.

“That’s how we roll baby,” said Russell over the radio as he crossed the start/finish line.

GEORGE: "It's crazy to think we're both starting on the front row. We're in a luxury position where we can maybe split the strategy and go for the win" #BrazilGP #F1Sprint pic.twitter.com/14PUU8shvG

Friday’s surprise pole man Kevin Magnussen got a great start for Haas, leading the F1 pack into the Senna esses for the very first time. The Dane held the lead for the first two laps, before World Champion Max Verstappen’s Red Bull blasted past on the third lap. Magnussen would end the afternoon in eighth, the final points-scoring position.

The only front-runner on the Pirelli medium compound, Verstappen expected to manage the race from the front, maintaining just enough gap to the softs runners behind him to claim an easy victory.

But Russell had other ideas. Mercedes’ young Briton used his rapid pace on Pirelli softs to close up on the gearbox of car No.1 by the twelfth lap of the sprint.

For two laps, the young superstars dueled their way through the twists and turns of Interlagos, but on lap 15, the silver Mercedes pulled clear in turn four.

Russell never looked back, leading the rest of the way home to take his first sprint victory in Formula 1.

Verstappen’s fortunes continued to falter, as on lap 19 Sainz mugged the Dutchman for second place on corner entry, the right-rear tire of his Ferrari knocking off the endplate of Verstappen’s front wing. Verstappen soon lost the final podium spot to Hamilton, ending up fourth in the final classification.

Both Alpine and Aston Martin will likely be giving their drivers a stern talking-to, as first Esteban Ocon and Fernando Alonso, and then Lance Stroll and Sebastian Vettel came together in the early stages, Stroll earning himself a 10-second time penalty for a dangerous block on the pit-exit straight.

Seb's not happy with Stroll after a close call between the two team mates 😳#F1Sprint #BrazilGP pic.twitter.com/ySKlBXUOid

Alonso and Ocon came together on two separate occasions, with the Spaniard getting the short end of the stick, having to pit for a front wing replacement following this contact on lap four.

ALO 📻: "Just lost the front wing. Thanks to our friend"

With this much action in the sprint, tomorrow’s Sao Paolo Grand Prix has a lot to live up to. The penultimate round of the 2022 World Championship airs tomorrow, (Saturday Nov. 12) at 1 p.m. EST on ABC.