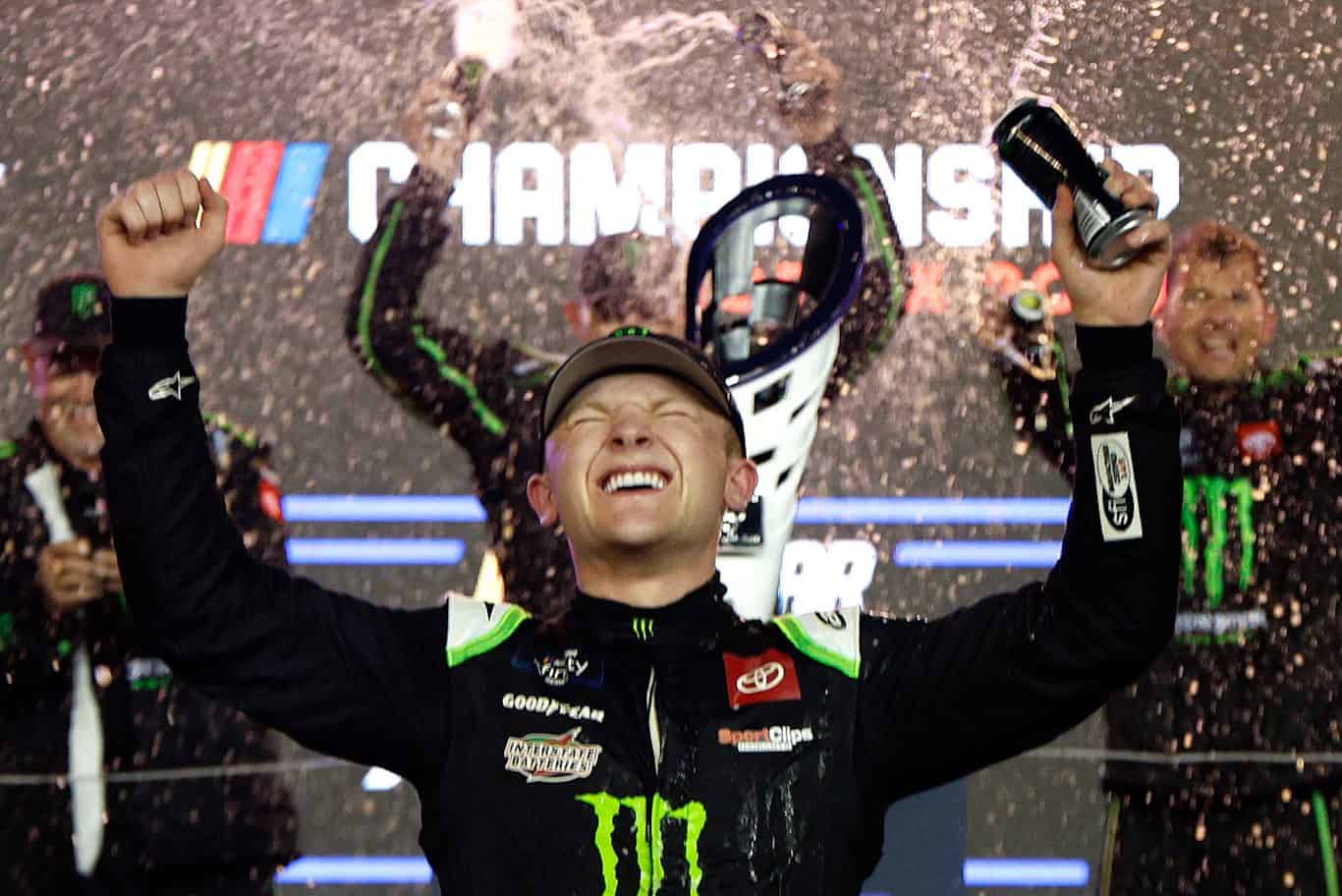 Chris Gayle is set to work with Gibbs as his crew chief.

The No. 54 for Gibbs replaces the No. 18, long the organization’s flagship number and team and most recently piloted by the since-departed Kyle Busch. According to JGR, it plans to use the number again in the future.

Sponsorship for Gibbs’ effort has not yet been announced.

See also
Xfinity Breakdown: Ty Gibbs — For Better or for Worse — Wins it All

He also made his Cup debut in 2022 while filling in for the injured Kurt Busch at 23XI Racing. In 15 starts, he earned one top 10.

Gibbs’ replacement in the Xfinity Series is not yet known, nor is JGR’s lineup in the series as a whole for 2023.

Kevin in SoCal
Reply to  DoninAjax

He still has the 45 with Tyler Reddick.