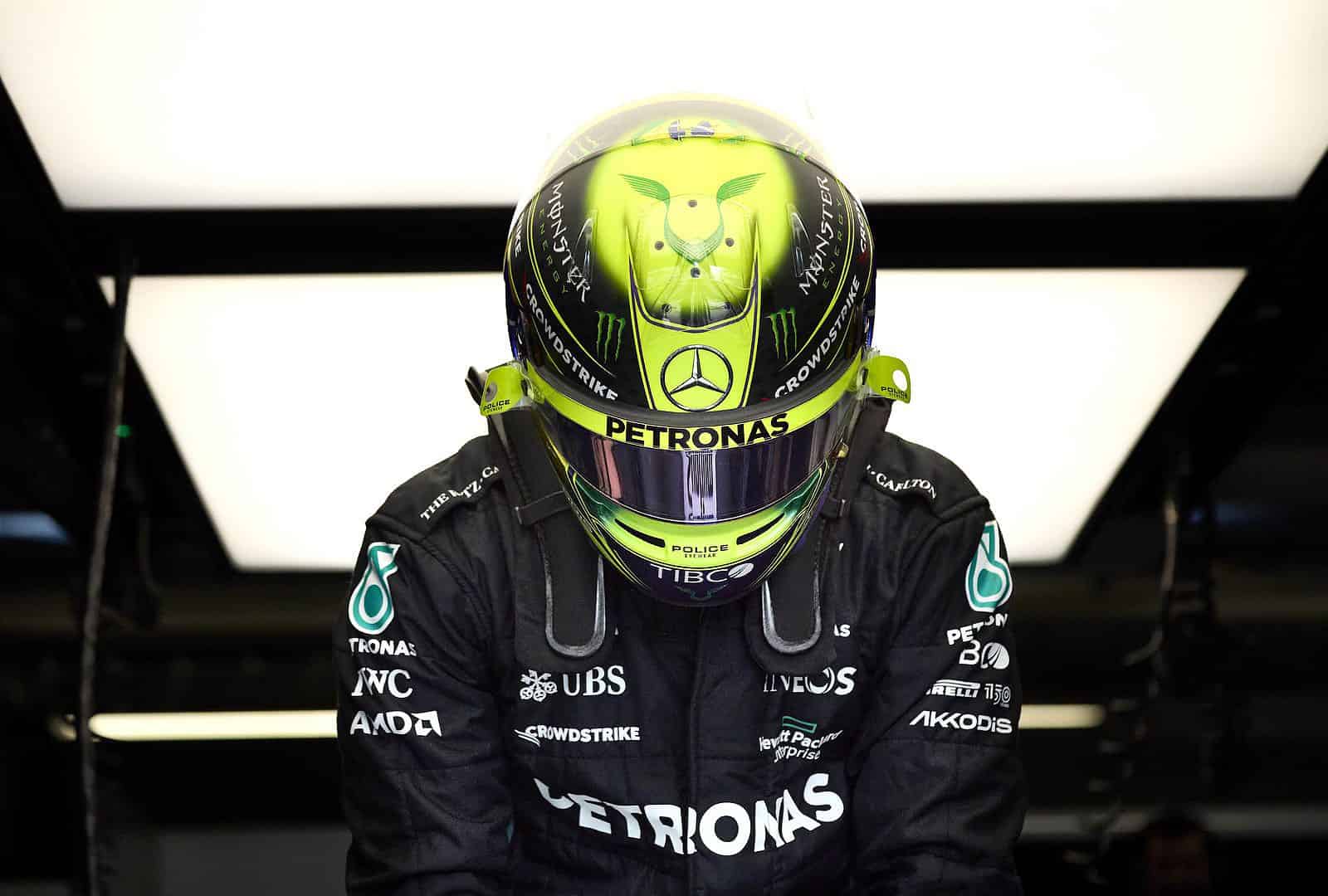 Sir Lewis Hamilton has one race of just 58 laps left to break yet another record.

Now in the 16th season of his Formula 1 career, Hamilton has achieved all there is to achieve and set record after record in the process. Most wins (103), most poles (103), most points scored (4405.5) and of course his joint record for most World Drivers’ Championships (7) shared with Michael Schumacher.

One of Hamilton’s records that is less frequently discussed, but also shared with Schumacher, is his 15 consecutive seasons with at least one grand prix victory. Schumacher won at least one race every year from 1992 – 2006, and Hamilton has done the same from 2007 – 2021. The Briton has one more race to take the record for himself alone by winning in 2022, extending the mark to 16 winning seasons in a row.

What may have been his best chance to do so came and passed just one weekend ago.

Hamilton joined F1’s newest winner George Russell on the front row for the Sao Paulo Grand Prix, and finished where he started – second to Russell. That result coming, of course, after contact with his 2021 title rival, Max Verstappen, that dealt Hamilton’s Mercedes some side pod damage and knocked a small albeit crucial bit of pace out of his car.

And so ended Sao Paulo with Hamilton second, his third runner-up finish in a row, while we’re on the topic.

The fact that he has yet to climb to the top step of the podium in 2022 certainly isn’t for a lack of effort. Hamilton took a shocking third at the season opener in Bahrain after Mercedes’ M13 proved to be a nightmare of a vehicle throughout preseason testing. This was followed by a seven-race-long podium drought before Hamilton rebounded with three consecutive third-place finishes from Canada to Austria. Back-to-back second-place runs followed in France and Hungary.

At Silverstone and COTA in particular, the Mercedes squad looked like winners – had it not been for that little bit of mitigating circumstances in the form of… Verstappen.

Heading into Abu Dhabi, where he controversially lost the title last year, Hamilton topped Friday’s first practice session. Though the first practice session of the weekend is generally not indicative of the true pace of the field, it could certainly have been a worse start at a track that has been kind to the seven-time champ in the past.

In the second practice, he fell to fourth in the pecking order, sitting six-tenths behind, again, you guessed it, Verstappen – with teammate Russell in second.

To date Mercedes’ lead man has amassed five wins at the Yas Marina Circuit, most recently in 2019, and finished on the podium in 2020 and 2021. With Verstappen having clenched the World Championship in Japan, Red Bull having wrapped up the Constructors’ title in Austin, Carlos Sainz and George Russell both taking their maiden wins, not much is missing from the 2022 season except the all-too-familiar sight of Sir Lewis atop the podium.  Whether he can continue his historic streak is the question, with the only answer being:

This had to be hard to take for Hamilton. He is holding his head high and should. His records won’t be broke.
Whatever happen to all of his anti white protests before each race? Did the drivers and F1 put the Kibosh on this?