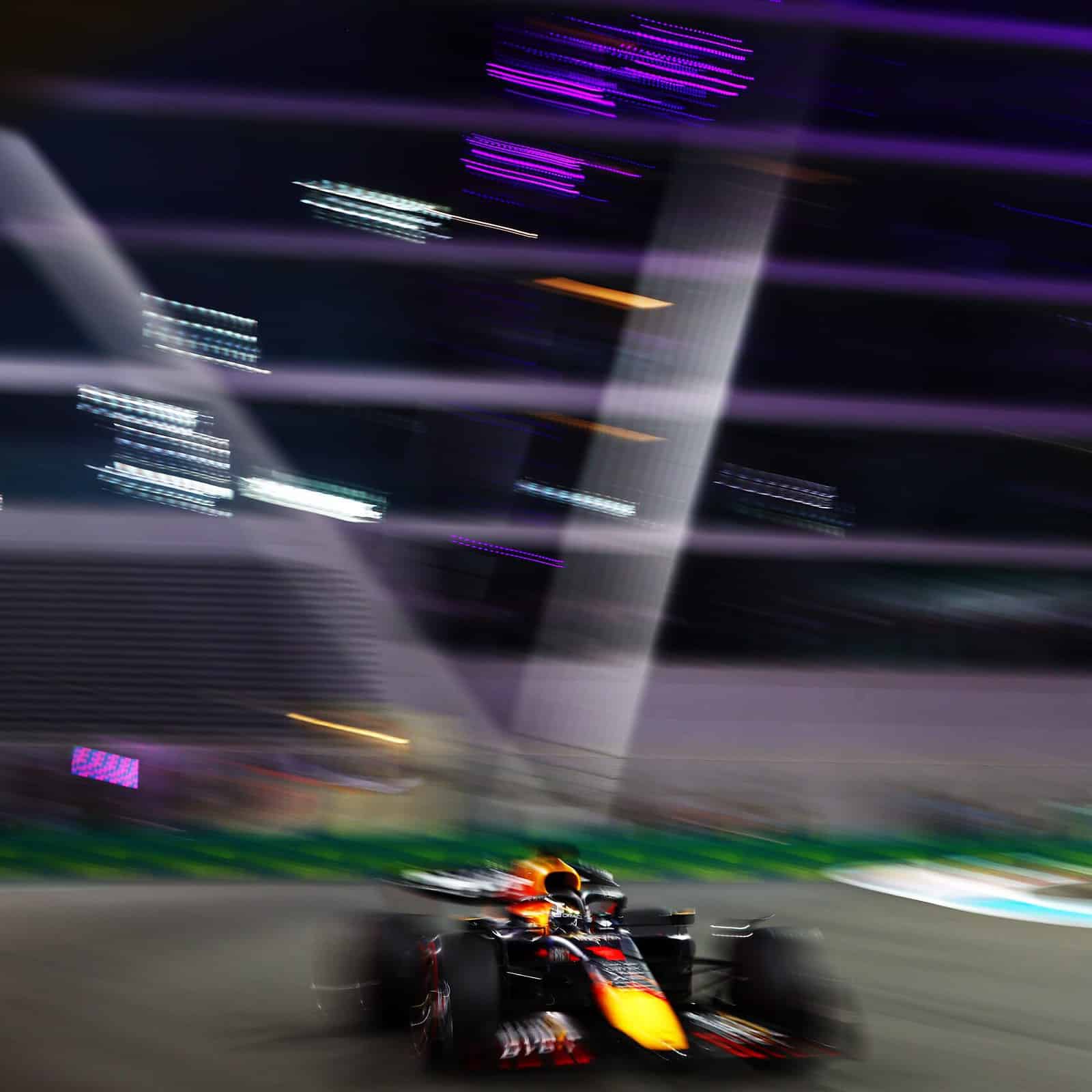 A crushing performance on Saturday (Nov. 19) at the Yas Marina Circuit from the two-time World Champion would have seen either of his Q3 times earn him the pole, but it was a lap of 1:23.824, set in the closing stages of the final session that earned him the first-place starting spot ahead of his Red Bull teammate Sergio Perez.

It is Verstappen’s seventh pole position of 2022, one he hopes to convert into a record-extending fifteenth Grand Prix win of the season tomorrow. All of the previous seven Abu Dhabi Grands Prix have been won from the pole, including the previous two by Verstappen.

“A bit of an up and down qualifying,” Verstappen described to Sky Sports’ David Coulthard.

“Q2 was a bit messy, I couldn’t get the grip together. But in Q3 it felt more normal – we had a bit of a scare as the car turned off … I expect it to be a good battle tomorrow.”

The Red Bull team had to scramble in Q3 to re-fire Verstappen’s RB18, but the crew got the young Dutchman back on-track with only the briefest of delays.

“I think I just didn’t make that final step in Q3. We were a bit behind … looking forward to tomorrow, which is the day that really matters.”

The second row will be occupied by Ferrari teammates Charles Leclerc and Carlos Sainz, with an all-silver third row courtesy of Lewis Hamilton and George Russell. In one final headline-stealing performance, Sebastian Vettel put his Aston Martin through into Q3 and will start the race from ninth.

But it couldn’t be anyone other than Verstappen setting the fastest time. Going for his third pole in a row at Yas Marina, the two-time World Champion topped his teammate by just a few hundredths of a second.

Only the drivers at risk went back out, led by Vettel. Staring down the end of his F1 career, the four-time champion and 51-time Grand Prix winner needed a fast lap to avoid Q1 elimination in his final chance at qualifying.

A fast lap was what Vettel delivered. Weaving his Aston Martin through the final sector, avoiding what appeared to be a parking lot of stationary F1 cars, Vettel earned himself sixth place in the session and an easy wave-through to Q3.

After the first runs, it was Perez at the top of the charts by a whopping four tenths over his Red Bull teammate, the Mercedes drivers who dominated Brazil stranded way down the time sheets after reporting difficulty warming their tires.

Keeping the same tires on the Silver Arrows, Hamilton and Russell were able to improve to fourth and seventh in the standings, with the Red Bull of Verstappen splitting them.

Alonso, Tsunoda and Schumacher will be promoted before the start due to Ricciardo’s grid drop penalty earned on the first lap of last week’s Sao Paulo Grand Prix.

Mercedes stuck to its strategy, both drivers heading out in clear air for warm-up flying laps. At the end of the first runs, Verstappen’s crushing performance in the third sector earned him provisional pole over the Ferrari of Sainz.

Vettel began his final qualifying lap in F1 with about five and a half minutes remaining in the session, the Aston Martin team hoping the German could use the clean air to his advantage. Vettel equaled his best time of Q2, placing his car ninth on the grid. Ricciardo following in the McLaren couldn’t best Vettel’s time, ending up tenth.

While both Ferraris set solid laps as the time ran out, nobody could catch Verstappen. Not even his teammate Perez, with the assistance of a slipstream, could equal his fastest time.

With four sessions of five complete, all that remains for F1 this weekend and indeed in 2022 is the Etihad Airways Abu Dhabi Grand Prix, airing tomorrow (Sunday, Nov. 19) at 8 a.m. ET on ESPN.