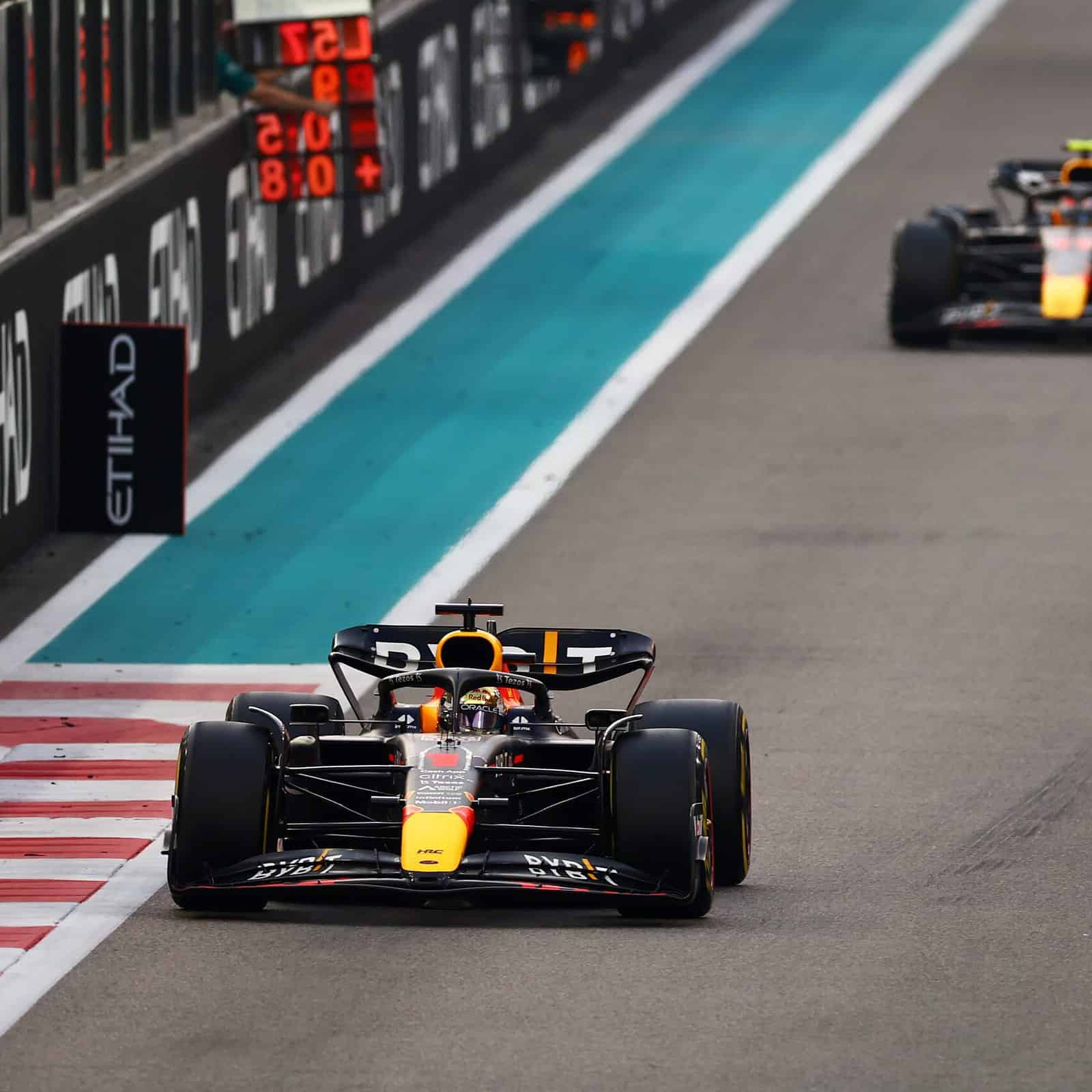 With the 2022 championship wrapped up over a month ago, Max Verstappen didn’t need to win the final race of the F1 season at the Yas Marina Circuit in Abu Dhabi.

But puttering around hasn’t been Verstappen’s style in his record breaking season, and he epitomized that by taking a dominant 15th victory on the year. Verstappen led almost the entire race, only giving the lead up once during pit stops, and cruised to an almost nine second margin of victory.

“It was a good race, it was all about tire management,” Verstappen said in the post-race interview with Jenson Button.

“I think we looked after the mediums quite well.  And then on the hard tires, just managing them from lap one until the end. Incredible to win again here, and 15th win on the season is incredible.”

The most exciting aspect of the race on Sunday (Nov. 20) was the battle for second in both the race and the Drivers’ Championship. Sergio Perez made a valiant effort in the closing laps to pass Charles Leclerc for second on both the track and in the points, but had to settle for third to Leclerc’s second. Carlos Sainz finished fourth and George Russell rounded out the top five in fifth.

Leclerc pips Perez to P2 in the drivers' championship

Aston Martin entered Abu Dhabi needing six points to pass Alfa Romeo for sixth in constructor standings. In the closing laps, they had five – Lance Stroll was in and finished in eighth, and Sebastian Vettel, in the final race of his storied career, was racing in 10th.

Vettel made one more stab to get the crucial final point on the final lap but was unable to get to Daniel Ricciardo, who finished ninth in his last F1 race for now. Vettel’s final race ended with a 10th place result and one point.

Fernando Alonso retired from the race on lap 28 due to a “suspected water leak“, ending his third tenure at Alpine early. Alonso won both of his F1 championships at Alpine’s predecessor, Renault.

Mick Schumacher and Nicholas Latifi, both no longer on the F1 grid in 2023, wrecked on lap 39 coming out of turn 5.

Schumacher tried to get to the inside of the Canadian, but overcooked his corner entry and made contact with Latifi’s rear end, spinning both around. Both cars were damaged but able to go forward, with the incident bringing neither a real nor virtual safety car; Schumacher finished 16th after serving a five second penalty for causing the incident, while Latifi bowed out of F1 with three laps to go in the race and finished 18th.

With three laps to go, Lewis Hamilton slowed from his fourth place running position with a hydraulics issue and ended his frustrating season finishing 18th, not finishing the final three laps.

Hamilton is slowing down and losing places 😫

The Mercedes driver returns to the pits and retires from the race ❌#AbuDhabiGP #F1 pic.twitter.com/xdlL6tL2qQ

You said Latifi and Hamilton finished 18th. How can that happen?